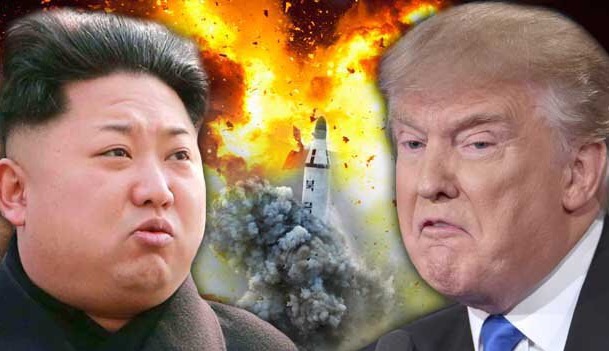 North Korea has successfully tested a hydrogen bomb and now has the missile capability of targeting parts of the United States or any of our allies in the region. They have threatened to destroy the United States, and our nation has responded by saying that the US is capable of annihilating the North Korean nation.

This is a major international crisis that will effect millions of lives as these tensions begin to boil-over. Regardless of who fires first, millions of innocent lives in Southeast Asia are going to die. Should Kim Jong-un attack anyone, not only will he die, it will be the end of the North Korean Peninsula, both North and South. Just a hand-full of nuclear bombs will completely vaporize cities like Seoul, Tokyo or Pyongyang.

For anyone to imagine that nothing is going to happen or that all of this is just the same old rhetoric we’ve heard for the last 25 years, is to ignore the seriousness of this crisis. Things are much more different this time around. North Korea already has the infamous H-Bomb and the missile delivery systems to detonate them anywhere they want to. This means that they are much more advanced in their weapons system than anyone ever imagined. So who is helping them? China, Russia or Iran?

And because Kim Jong-un is a madman, the biggest threat is this: would he sell these nuclear weapons to terrorist organizations who would love to see America destroyed? The concern is the fact that the North Korean dictator might sell these weapons to radical Islamists. Would this lunatic, who has already expressed his desire to destroy America, would he provide terrorists with the technology needed to escalate their reign of terror against the West?

This is something the United States will not tolerate. This is why we are not just dealing with the same old rhetoric of the past. If North Korea has advanced its nuclear weapons then we have to assume that so have the Iranians. Who else? Syria and possibly ISIS? That’s the bigger question.

Our planet has become a dangerous place. Why are average North Korean citizens starving from lack of bread while their dictator spends millions on developing nuclear weapons? What in the world is wrong with people that we need to be at war all the time? May God have mercy on us all if and when World War III kicks off.

“The Lord will arise to shake terribly the earth. We shall see troubles on all sides. Thousands of ships will be hurled into the depths of the sea. Navies will go down, and human lives will be sacrificed by millions. Fires will break out unexpectedly and no human effort will be able to quench them. The palaces of earth will be swept away in the fury of the flames. Disasters by rail will become more and more frequent. Confusion, collision, and death without a moment’s warning will occur on the great lines of travel. The end is near, probation is closing. Oh, let us seek God while He may be found, call upon Him while He is near!” (Messages to Young People, pp. 89, 90).