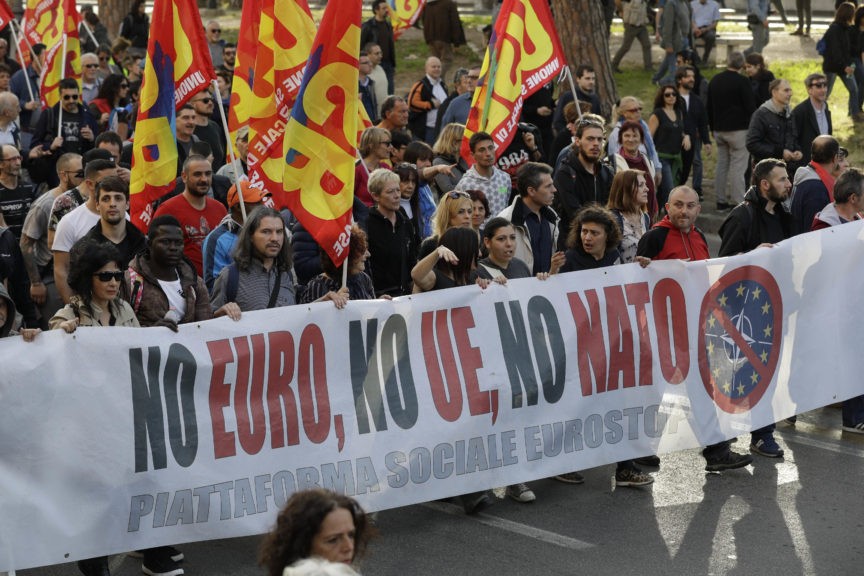 Secularism, progressive ideologies, political ineptitude and a godless immorality has accelerated the demise of an already weakening and dying European Union. It is the social, liberal policies that is creating a complete disorder to millions of hopleless residents. Open borders, the failure to understand Islam, the migration crisis, the rapid decline of Christianity and other factors are causing the once great continent to lose its purpose and identity.

Europe is in really bad shape and they are headed for more division and chaos. Part of the reason for the political instability, the riots and the financial crisis is due to the decline in morality. The educational systems have disintegrated to the extent that instead of educating their students with truth they are being indoctrinated with propaganda.

“The fear of the LORD is the beginning of wisdom: and the knowledge of the holy is understanding.” Proverbs 9:10.

True education is a knowledge of God, but this is being replaced with a secular agenda that is teaching social justice, gender neutrality, environmentalism, sexual inclusiveness, LGBT rights, on demand abortion, a welfare state, entitlements, rewriting Christian history, open borders and other leftist ideologies – all which are unsustainable.

European education has completely rejected the Judeo-Christian values bequeathed to them during the Protestant Reformation. The great Christian principles of the Reformation shaped the European landscape with true sciences, arts, music and culture. Modern liberals today are describing the Reformation period as a time of descimination, hate, racism, slavery, homophobia, misogyny, colonialism, genocide and anarchy.

The reality is that the Protestant Reformation brought the would out of the Dark Ages and produced a period of prosperity, light and truth and gave birth to the Renaissance. This came as God’s word freed men and women from the cold, lifeless traditions and superstitions that enslaved them. The truths of Scripture brought a great awakening to the European nations and spread throughout the world.

Today the truths of the Bible are no longer the basis of justice and truth. This rejection of God’s word has  also led to the destruction of the family institution – the very foundation of society. The traditional family and the institution of marriage has lost their significance in Europe. What does matter today is gender neutrality, same-sex marriage, men becoming women, women becoming men, boys turning into girls and girls into boys. There are cases where fathers have become mothers inside a family unit. And the list goes on and on. This is destroying the traditional definition of the home structure. Why, because in today’s Europe, gender doesn’t exist. You can be whatever you want to be, in terms of the 71 different gender classifications, and the states will defend and support you.

Facebook now offers 71 different gender options to choose from. This is what they consider being gender sensitive. In many schools boys are elected homecoming queens. Men are entering women’s locker rooms and bathrooms. Europe is becoming a gender neutral environment and is adopting a gender neutral language and providing gender neutral education. Now in England underage boys are now sleeping with underage girls in school dormitories.

The end of a classical European culture with a Christian identity and moral foundation has come to an end. The political collapse and strife that we are seeing in the individual nations is only a reflection of the greater moral catastrophe that is plaguing Europe. Morality, truth, justice, art, and culture have all become subjective terms to the passions and prerogatives of sinful nature.

The new pluralistic philosophy that is pervasive in  Europe is one that teaches that history, language, culture and society is nothing more than a matter of opinion and everything is subject to the public consciousness of the times. This means that there is no good or no bad. Rap music and Beethoven are one of the same. Street graffiti and Michael Angelo’s paintings are basically on the same level and sin and righteousness are morally equivalent and equally acceptable terms.

The only solution for Europe, or for any society is that their leaders acknowledge that society is in decay. Only then can they have any hope of  fulfilling their obligations and fight to undo the existing evils. Unless Europe realizes that the political upheavals they are now going through are only the results of their spiritual decline, they will never be able to fix their problems.

“Come now, and let us reason together, saith the LORD: though your sins be as scarlet, they shall be as white as snow; though they be red like crimson, they shall be as wool. If ye be willing and obedient, ye shall eat the good of the land: But if ye refuse and rebel, ye shall be devoured with the sword: for the mouth of the LORD hath spoken it.” Isaiah 1:18-20.