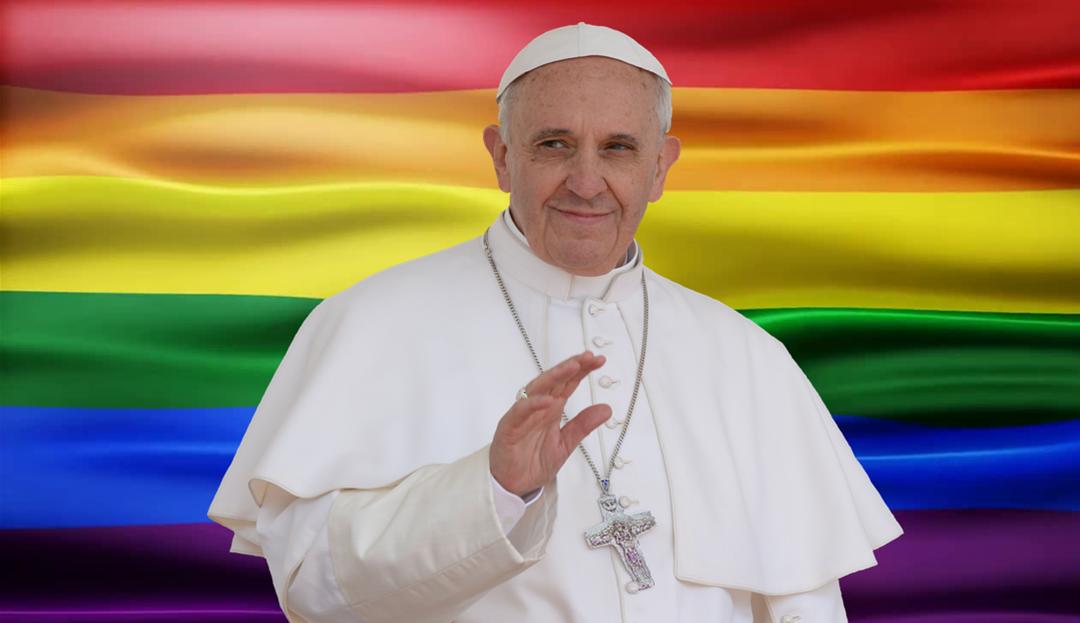 Pope Francis is setting the stage for a coming change within Christianity. The plan is to accommodate same-sex relationships within the church, and many churches will soon be joining this effort. It is one thing when the world pushes a radical, anti-God, anti-family and anti-faith agenda; but when “Christians” join in and begin to promote the same secular ideals, then this becomes a sign that society is getting further and further away from God’s will for mankind. Pope Francis recently told a gay man:

How can Christians defend same-sex relationships and still claim to be faithful to the Bible? How can believers defend same-sex attraction and still claim to be faithful to truth? Same-sex relations are not supported in Scripture (Matthew 19:4-6). In fact, the Bible has a completely different view about love, attraction and intimacy between people of the same sex than that which is being promoted by Pope Francis and many other liberal Christians.

There is no question that support of homosexual behavior is on the rise. It is becoming mainstream in our society and the churches are being pressured to accept these same-sex unions. Christianity is trying to sanctify something that God cannot sanctify. Many Christians are shifting to these new positions based upon “feelings.” They believe that being a “loving Christian” means that we must accept same-sex relationships. And others base their acceptance of gay relationships on “good intentions.” Often “feelings” and “good intentions” can lead to terrible outcomes – namely the moral collapse of western civilization. We do need heart, but we also need clear minds and right thinking – these are in agreement with God’s will.

“Let the wicked forsake his way, and the unrighteous man his thoughts: and let him return unto the LORD, and he will have mercy upon him; and to our God, for he will abundantly pardon. For my thoughts are not your thoughts, neither are your ways my ways, saith the LORD. For as the heavens are higher than the earth, so are my ways higher than your ways, and my thoughts than your thoughts.” Isaiah 55:7-9.

Christians are missing out on the bigger picture. The final outcome of all this will bring persecution to those who do not condone or endorse same-sex relationships. The militant gay lobby is on a campaign to change everything into an image/idol that will reflect their views on sexuality. The spiritual collapse of the church and society along with the persecution of the faithful is a matter of prophecy. It is coming sooner than we believe:

“Yea, and all that will live godly in Christ Jesus shall suffer persecution. But evil men and seducers shall wax worse and worse, deceiving, and being deceived.” 2 Timonth 3:12, 13.