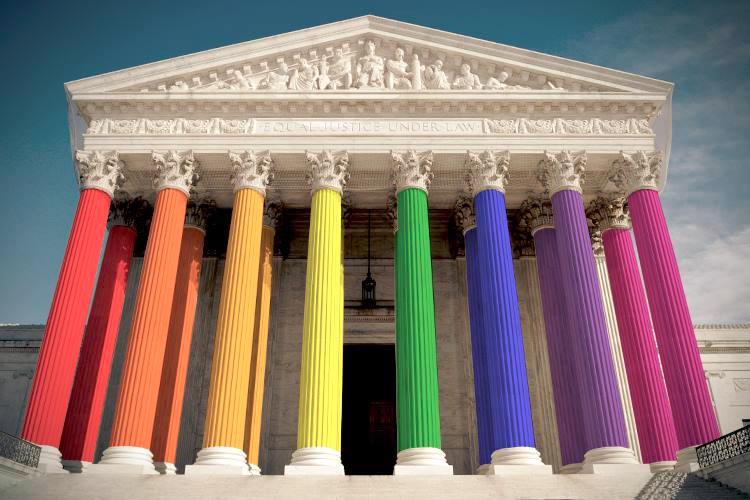 In a 6-3 majority decision, the unelected, unaccountable, Ivy-league educated and elite judges on the US Supreme Court have declared that the laws of all 50 states must now be struck down, and the decision of these six judges has now determined that sex has officially ceased to be a biological reality. Sex is now officially defined as a social construct in the United States and it can mean whatever you want it to be.

The Supreme Court has included “transgender” in Title VII of the Civil Rights Act of 1964. The original law states that there can be no “discrimination based on sex.” That’s what the 1964 federal law says. However, the current United States Supreme Court has just ruled that the word “transgender” must also be included in the original biological meaning of the word “sex,” which in 1964 meant a man or a woman.

Judicial activism has raised its ugly head again and is destroying the moral fabric of our nation. Instead of allowing the American people to decide for themselves what the word “sex” means, six United States Supreme Court justices have done that for you. They have just declared that the word “sex” in the Civil Rights Act of 1964 must now include “transgender” (sexual orientation and gender identity) to the list of federally protected rights, something the original authors of the 1964 law never imagined.

This new decision by the US Supreme Court will have immediate consequences and will affect the church and Christians who still believe and teach what the Bible says about sexuality. The court’s decision could be used to compel churches to recognize same-sex ‘marriages’, override the conscientious objection of certain professionals not to participate in gay weddings, force employers to finance hormonal treatments and ‘sex change’ surgeries and make girls and women have to share changing rooms and public toilets with men who pretend to be women.

The US Supreme Court’s ruling was not based on reality or biology but on “equality.” And the problem does not lie entirely with conservative judges versus liberal court judges. The problem is the pressure that the radical LGBT+ lobby exerts on both sides equally. The well-funded gay lobby is just one of many special interest groups that put massive pressure on our leaders in Washington, D.C.

“Courts of justice are corrupt. Rulers are actuated by desire for gain, and love of sensual pleasure. Intemperance has beclouded the faculties of many, so that Satan has almost complete control of them. Jurists are perverted, bribed, deluded. Drunkenness and revelry, passion, envy, dishonesty of every sort, are represented among those who administer the laws. ‘Justice standeth afar off; for truth is fallen in the street, and equity cannot enter’ Isaiah 59:14” (Great Controversy, p. 586).

Conservative Christian groups say Monday’s U.S. Supreme Court ruling protecting the rights of gay and transgender workers could lead to years of lawsuits against religious organizations, many of which refuse to employ LGBT people https://t.co/2w9DOcTemr

The radical social engineering of the LGBT+ movement is at work here. They want to force-feed us their confusion and madness. This is just the beginning of sorrows. Prepare for persecution in the United States and throughout the West. In some cases it has already begun. All this is emboldening the LGBT+ movement to continue their war against God, the Bible and Christian organizations. May God have mercy on America. They are mocking our Creator to His face. They have declared war against His moral law.

“With unerring accuracy the Infinite One still keeps account with the nations. While His mercy is tendered, with calls to repentance, this account remains open; but when the figures reach a certain amount which God has fixed, the ministry of His wrath begins. The account is closed. Divine patience ceases. Mercy no longer pleads in their behalf” (Prophets and Kings, p. 364).