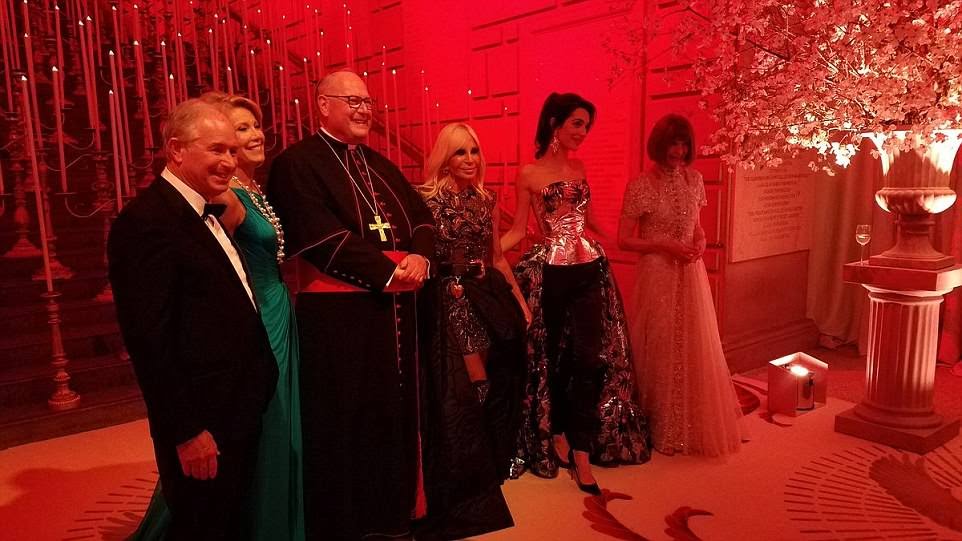 The Met Gala is an annual arts and fashion exhibition in New York City attended by the rich and famous. Each year they sponsor a special art show and Hollywood celebrities who attend are supposed to dress in a way that will reflect the theme of the art exhibit. This year’s 2018 theme was entitled: “Heavenly Bodies: Fashion and the Catholic Imagination.”

Many priceless pieces of art were brought over from the Vatican to be displayed during the event. And the celebrities came not only to see the Catholic-themed art exhibit, but they came to actually be part of the artwork through their fashion and styles of dress. 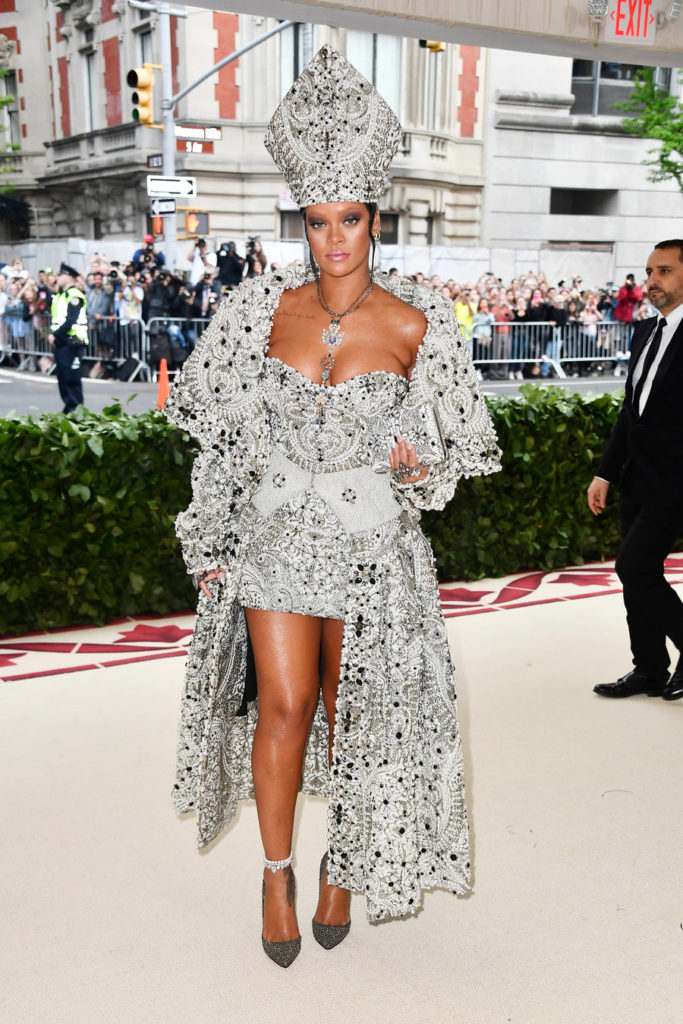 Rihanna came as a sexy Pope, complete with Mitre.

Unfortunately, whenever you mix religion with the secular you get something that is horrible, revolting and sacrilegious. The Vatican should know that NYC and Hollywood celebrities live in a parallel universe far removed from Biblical Christianity. And many of these celebrities have no interest in treating the faith of Jesus with respect. There’s a problem whenever the church mixes “faith” with “culture.” 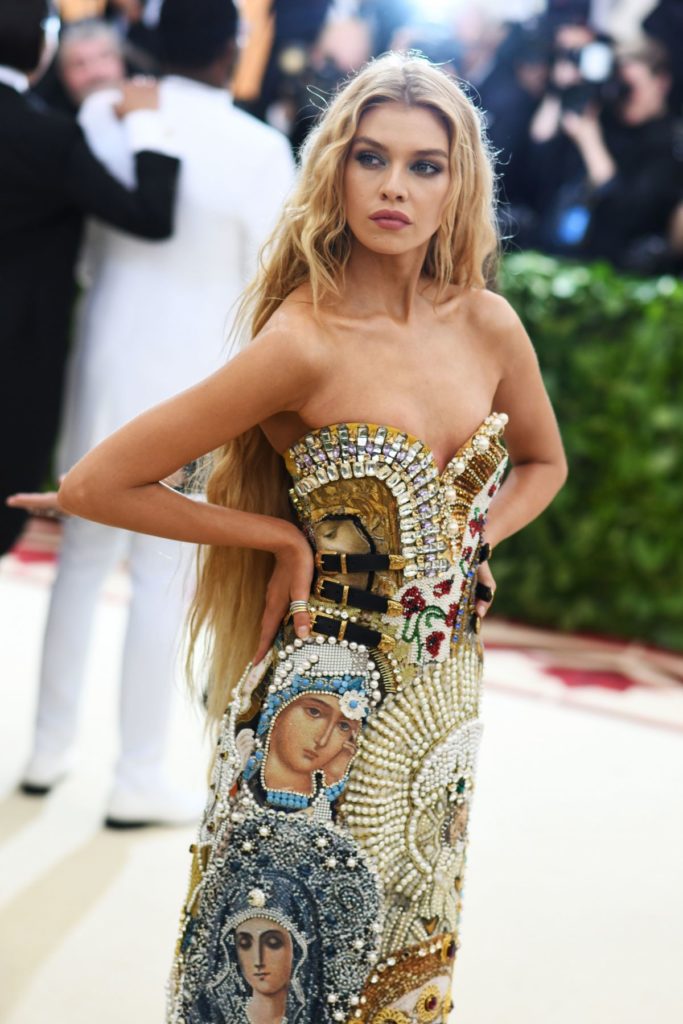 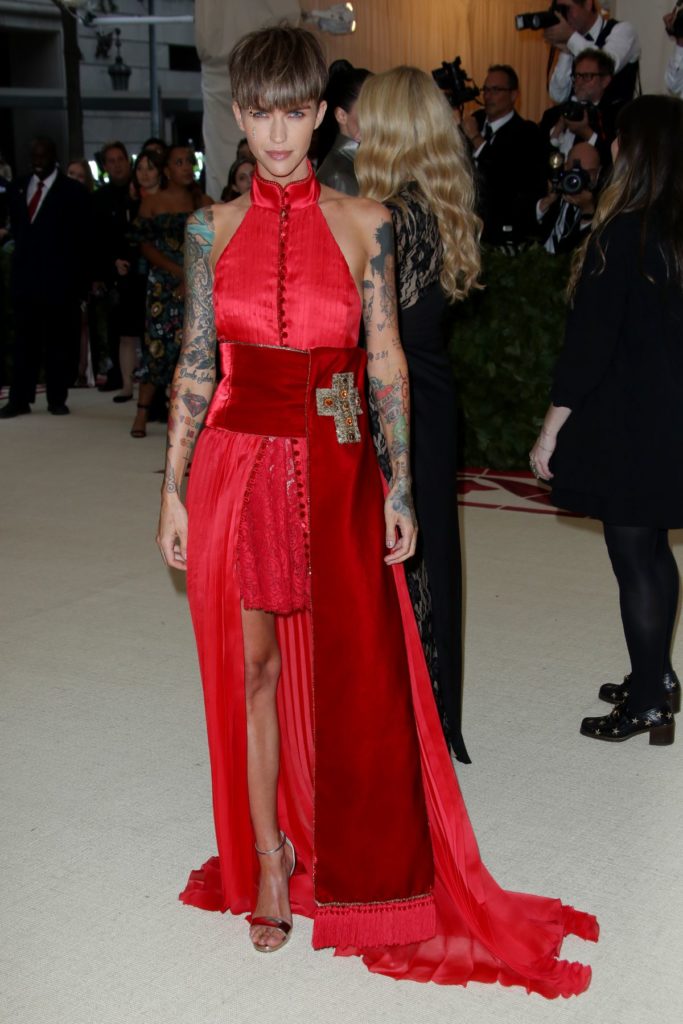 Ruby Rose dressed like a Cardinal showing off her tattoos and a cross.

This is exactly what took place at the 2018 Met Gala. Lust was on display. The show was a mixture of faith and lust. There was a lot of highly sexualized imagery, which is not just inappropriate for a religious theme but also incredibly offensive to real Christianity. 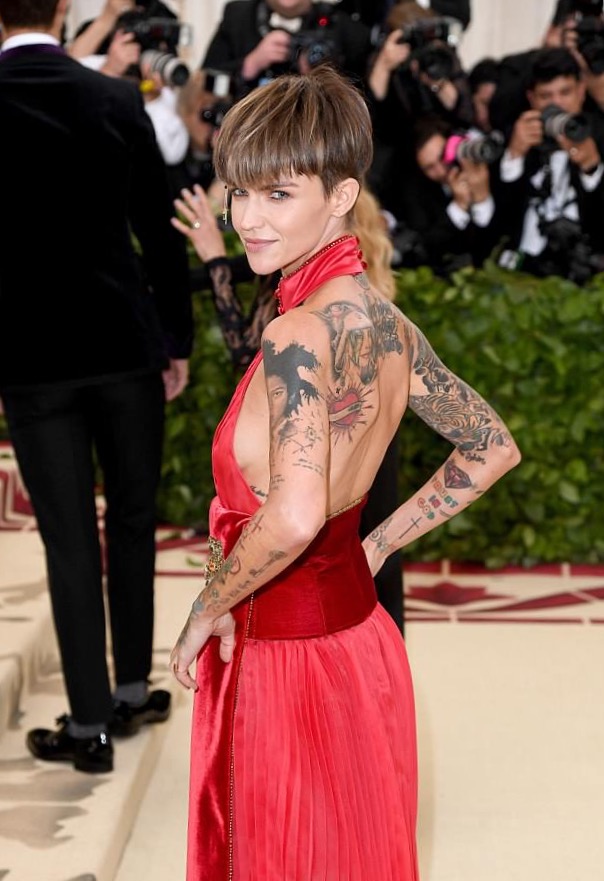 It’s one thing to see “religious” artifacts and symbols tastefully and respectfully displayed in a museum or in a house of worship. That’s appropriate. But it is completely different when so called “religious symbols” are attached to the sexually-revealing bodies of some celebrity. The Catholic Church knew what they were getting themselves into because they sanctioned the event. This art exhibit took place with the Vatican’s blessing. Cardinal Dolan, the pope’s representative in NYC, was present. He didn’t see anything wrong. In fact he had nothing but praises for all that took place. 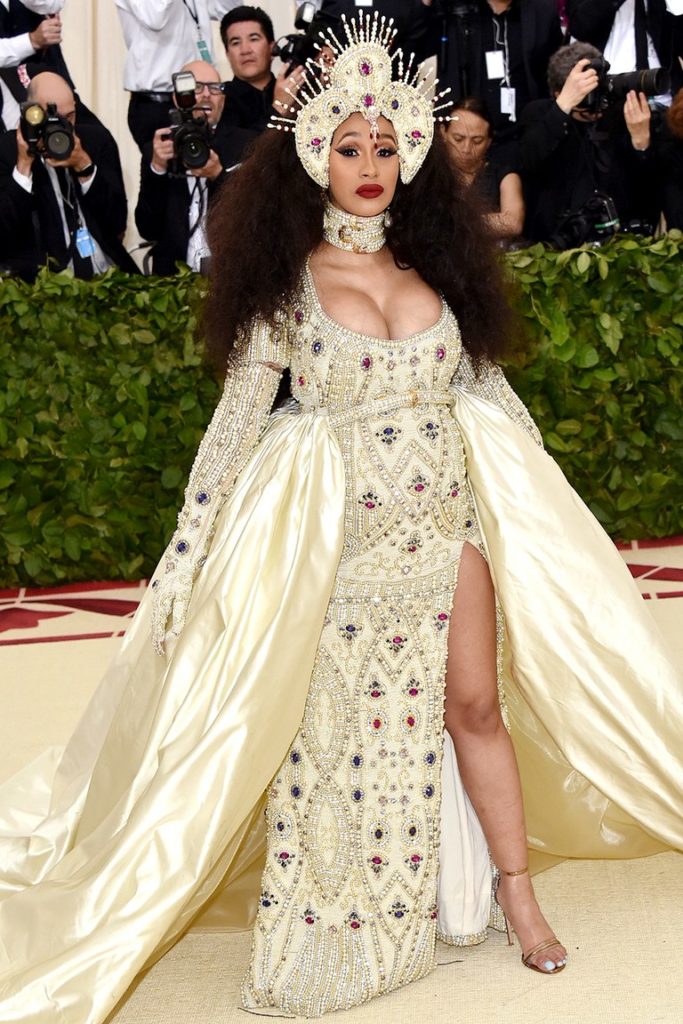 Cardi B dressed as the Queen Virgin Mary in the flesh, and more flesh.

One would think that at bare minimum the leadership of the Catholic Church would rebuke some of the enemies of the faith who have no fear of God. No. Or maybe the archbishop of New York, Cardinal Dolan, would decline to ever cooperate again with NYC and Hollywood elites. No. The Catholic Church instead sided with the world. They found common ground with the temporal, the creaturely, the flesh, the material, the fashion and the culture. Being part of the world’s culture seems to be the direction set by the Vatican. They have thrown open the doors to many who reject God’s word and have no intention of ever embracing truth. 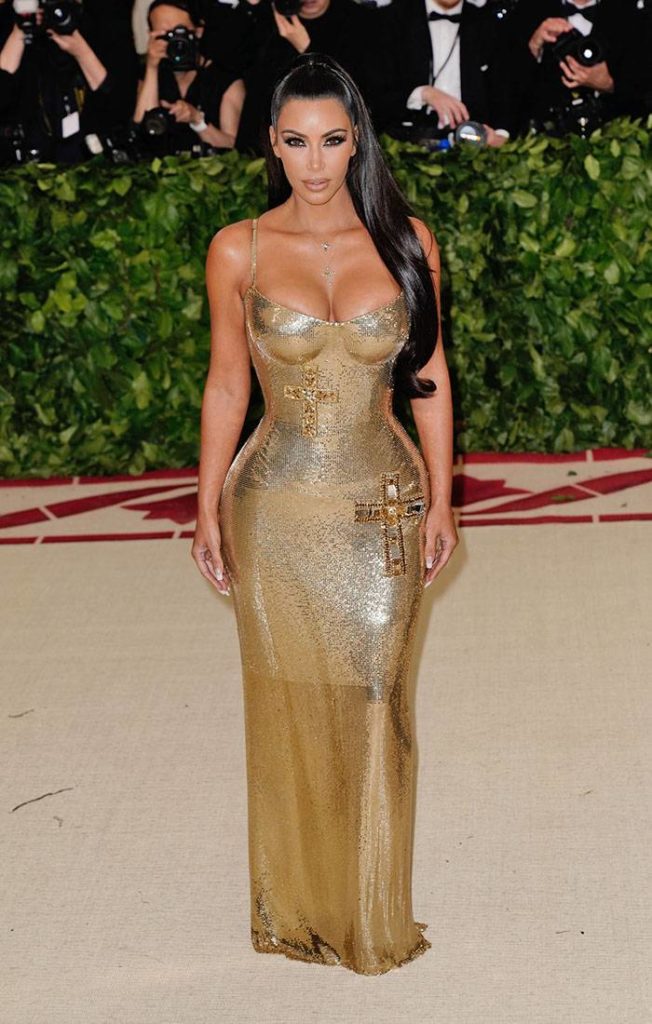 The cross of Christ on Kardashian curves.

The 2018 Met Gala was just the latest worrying sign that the current leadership in Rome is trying to accept everything and anything. This is just a reflection of the unbiblical nature that Roman Catholicism has come to embrace. The Bible doesn’t teach us that leaders or Apostles are to wear precious jewels encrusted in hats and fine expensive gowns. The Bible doesn’t teach us to associate the Church and its leaders with the sexualization and lust of the world. The Bible doesn’t replace the truth of God with traditions, fashion or current trends. When the Church seeks this kind of worldly acceptance, recognition and publicity then this is a sign of apostasy. 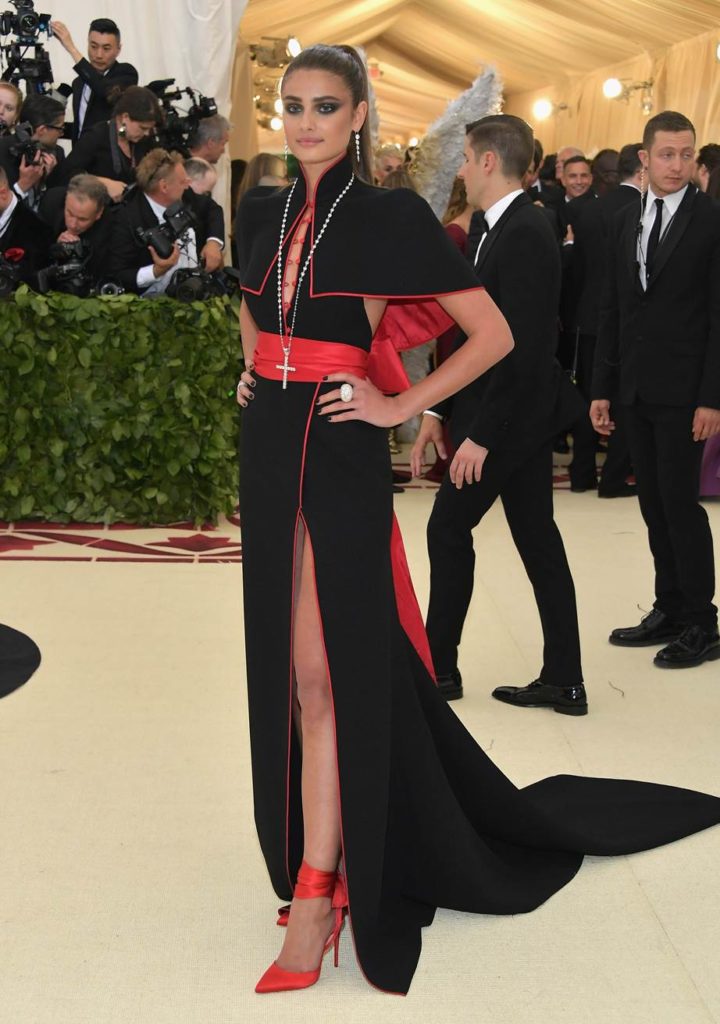 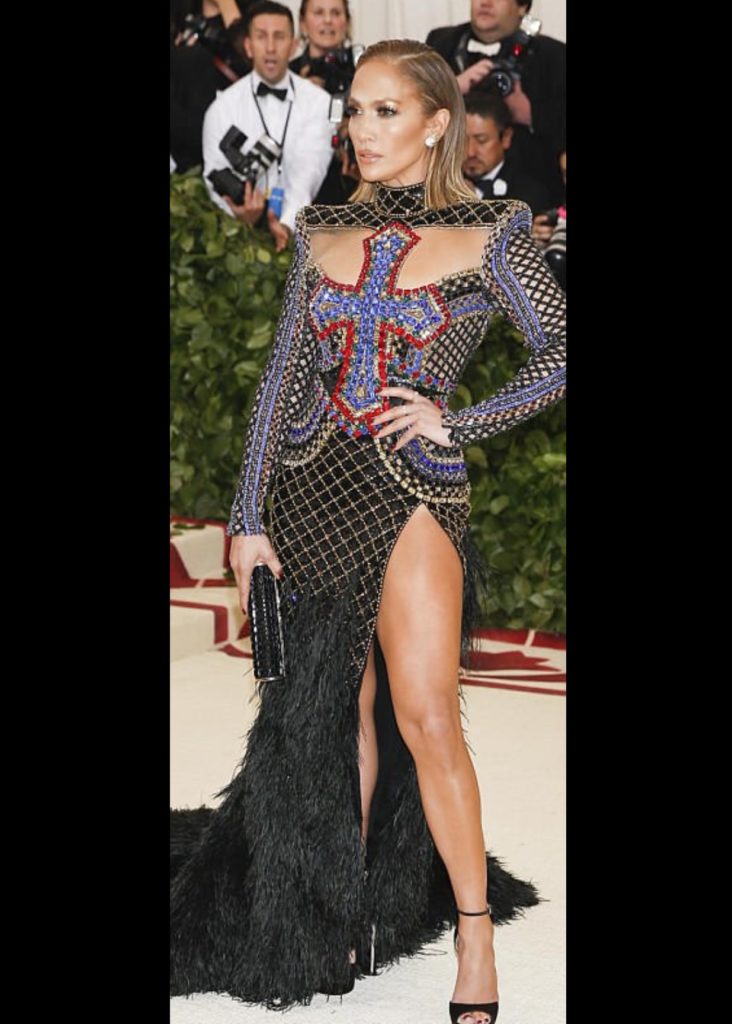 The cross of Christ has been reduced to a mere fashion statement.