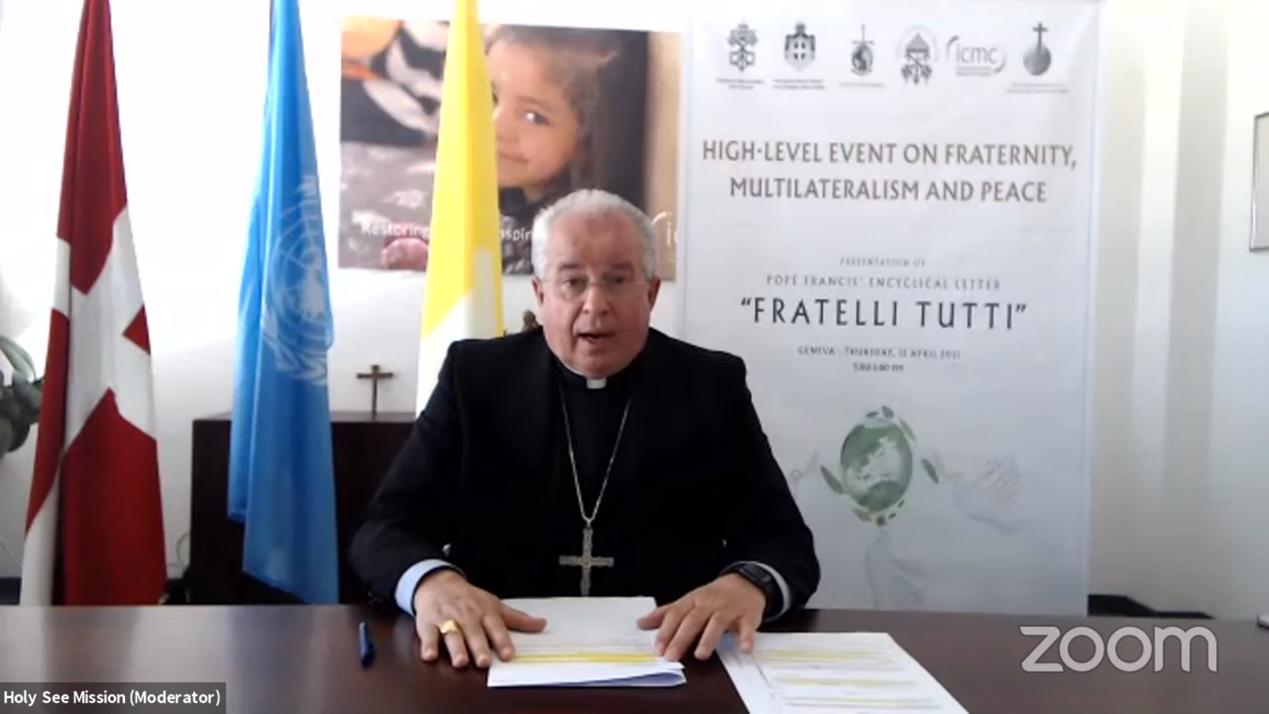 On April 15, 2021, Catholic Archbishop Ivan Jurkovic, the Vatican’s Permanent Observer to the United Nations, urged Fratelli Tutti to be embraced during a “high-level” meeting with the World Council of Churches, the UN’s World Health Organization, the International Labor Organization and the United Nations High Commissioner for Refugees. [1] These have become the new partners of the New World Order and Rome is leading the way. The encyclical of Pope Francis, Fratelli Tutti, is being hailed as the only solution that can save our world from the pandemic.

This Vatican sponsored event was designed to create and strengthen a worldwide “brotherhood” (Fratelli Tutti) for the benefit and good of humanity. The foundation for this universal brotherhood is based on solidarity and interreligious dialogue, according to the event’s agenda. [1] With the full support of secular, religious, political and financial powers, Rome is finally achieving her ultimate goal of reigning over the entire world in an unholy alliance described in Biblical prophecy. Those who are studying the prophetic Scriptures can see that there will be a brief period of peace just before the end, during which the “great apostasy” will impose its theological errors on the world (See 2 Thessalonians 2:7-12 and 1 Thessalonians 5:3).

Can we see what is happening here? Rome is telling the world that its only chance of survival is to return to the unity of the Catholic faith and to once again accept the Pope of Rome as the leader. Surprisingly, the Christian churches, the pagan religions, the Muslims, the secular and political leaders and the business world are willing to submit to the claims of Rome during this so-called deepening pandemic. The Covid-19 crisis has made the world increasingly willing to accept the leadership of the Vatican in this new universal brotherhood.

In fact, Rome has been preparing for this for centuries. The deadly wound is almost completely healed. Soon she will be in a position to impose her will on the world. When the Papacy finally reclaims complete power and world domination, it will not miss the opportunity to achieve its ultimate goal – a universal Sunday-Sabbath Law.

How close are we to this final crisis? Open your eyes and see the evidence around us. One cannot help but wonder if in these prophetic developments we are not witnessing the creation of that “image of the beast” that will finally collaborate with “the beast” to produce the final apostasy upon which the judgment of God will be poured out.

The good news is that Bible prophecy also portrays the “remnant” (Revelation 12:17) in which the true people of God are to be found, and who give allegiance neither to “the beast” nor to “his image,” but rather, by God’s grace, “keep the commandments of God and the faith of Jesus.” (Revelation 14:12). If we are truly seeing the final apostasy forming before our eyes in the world today, then there must also be a worldwide call for people to “come out” (Revelation 18:4) from all these associations. The world must be directed to God and to His remnant people who will be watching and waiting for the coming of the Lord.

The final showdown will be between the universal forces of the Antichrist and God’s faithful remnant people. As the stage for the final act of the drama is being set in the great controversy, may our hearts and minds be aroused and awakened. And may we be found among the faithful who will dedicate themselves to helping those who seek God’s message for these last days to hear it.