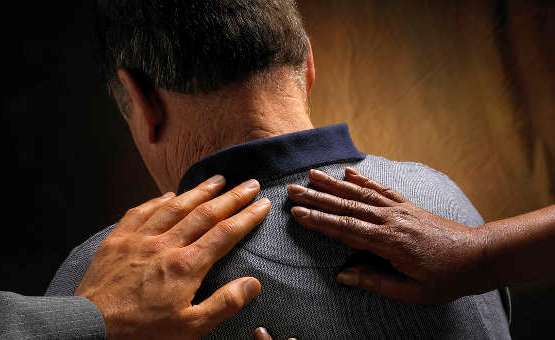 The Bible predicts that social wickedness would increase in our world prior to the Second Coming of Christ (Matthew 24:12). Not only is this being fulfilled but there are advocacy groups trying to pass laws that would prevent any possibility of people coming to repentance over certain sins.

The culture wars are heating up and “conversion therapy” is taking center stage. There is a world-wide war against any attempt to change or to encourage the conversion of bisexual, gay and lesbian individuals to embrace the heterosexual/Biblical lifestyle through either therapy, counseling, prayer or even Bible Study.

The LGBT+ lobby is helping to pass laws against “gay conversion therapy” to ensure that their lifestyle is protected.[1] They claim that they need laws combating gay conversation therapy as a way to counter intolerance and discrimination.[2]

But the reality is that radicals within the LGBT+ movement are the most bigoted, mean-spirited and hate-filled group of people you will ever meet. They are not interested in toleration or equality – they are seeking to crush any and all opposition. They are particularly hostile against Christians and ex-LGBT+ members who have come out of the gay lifestyle and have “converted” to heterosexuality.

The LGBT+ lobby will only help and support people when they want to change over and “convert” to the LGBT+ lifestyle. At the same time they want to pass laws banning the “conversions” of LGBT+ members to straight, heterosexual/Biblical views of sexuality.

There is a war to push the LGBT+ agenda by force upon society, and we are constantly being bombarded by their propaganda. They are the ones who are radically trying to gain more and more converts through the power of government. Schools have been showing pro-LGBT+ videos to its students without parental consent. These videos are being selected by the LGBT+ community and the topics are over marriage equality and gender fluidity (being bi-gender, tri-gender or pan-gender).[3]

Other Schools are having “transition” ceremonies in which teachers announce to an entire class of kindergartners that one of their classmate has changed their sexual orientation – much to the shock of the other kids.[4]

All across America schools are incorporating the LGBT+ curriculum and kindergartners are being told that they can choose their own gender identity – all without their parent’s consent.[5]

On one side of this culture war the LGBT+ movement is forcing their agenda upon society; while on the other hand, they are trying to use the law to deny and help sincere people wanting to escape the trappings of the LGBT+ lifestyle. There are people who are tempted with same-sex attractions who don’t want to embrace the LGBT+ lifestyle. There are also men and women who want to leave the gay and lesbian lifestyle and are reaching out for help. Many of these people sincerely want to change. There are ministries such as Coming Out Ministries (ComingOutMinistries.org) that are living proof that God has and is changing lives. Many former gays and lesbians are being converted into “new creatures” in Jesus Christ.

But why is it that the government, the school systems and the LGBT+ lobby will only recognize conversion that go from straight to gay? Why won’t they recognize legitimate conversion of people who have turned away from the gay lifestyle and have embraced the straight, heterosexual/Biblical position?

Here’s the reason why? Conversion therapy poses a serious threat to the very foundation of the homosexual movement.  If a gay person could convert to being straight then this would destroy the entire foundation of the LGBT+ movement. Why? Because the LGBT+ movement is founded upon the false idea that people are “born” this way and they can’t change. They have taught that homosexuality is innate, immutable and in their DNA just like race and gender. In order for the LGBT+ movement to survive they must discredit and destroy any and all evidence that gays, through the power of Christ, can change their lifestyles.

If just one person is able to change their sexual orientation from gay to straight then the entire “born gay myth” is shattered. Well, the Bible destroys this “gay myth” and presents its own version of conversion therapy that includes homosexuals being changed (and every other sexually immoral lifestyle – premarital sex, extramarital sex, sexual perversion in heterosexual, married relationships, etcetera). Let’s look at the gay conversions that took place in the times of the Scriptures:

“Or do you not know that the unrighteous will not inherit the kingdom of God? Do not be deceived: neither the sexually immoral, nor idolaters, nor adulterers, nor men who practice homosexuality, nor thieves, nor the greedy, nor drunkards, nor revilers, nor swindlers will inherit the kingdom of God. And such were some of you. But you were washed, you were sanctified, you were justified in the name of the Lord Jesus Christ and by the Spirit of our God.” 1 Corinthians 6: 9-12. (English Standard Version).

Notice that Biblical conversion therapy isn’t electrical shock therapy, humiliation or even torture. It is the power of Christ that washes sinners through His own blood. This is what will bring us to repentance and conversion.

“Satan was exulting that he had succeeded in debasing the image of God in humanity. Then Jesus came to restore in man the image of his Maker. None but Christ can fashion anew the character that has been ruined by sin. He came to expel the demons that had controlled the will. He came to lift us up from the dust, to reshape the marred character after the pattern of His divine character, and to make it beautiful with His own glory” (Desire of Ages, 37).

The concept of gays becoming straight is under a vicious, aggressive attack. Even Hollywood has just come out with a block-buster movie with A-list actors attacking gay conversion therapy. “Boy Erased” starring Nicole Kidman and Russell Crowe is an very emotional, one-sided film that is exposes the “evils of conversion therapy.”[6]

The war against purity, morality and conversion/change is intensifying. More and more states are making it illegal to actually offer help to teenagers and other minors. This is all part of the erosion of religious freedoms and human rights. It is utterly shocking that the state would interfere and remove the rights of free speech and the freedom to persuade all men and women to reflect the standards of truth and holiness as found in the Bible. As the rights of parents and citizens are being taken away (in terms of LGBT+ propaganda), we must remain faithful advocates for God’s truth on this issue.