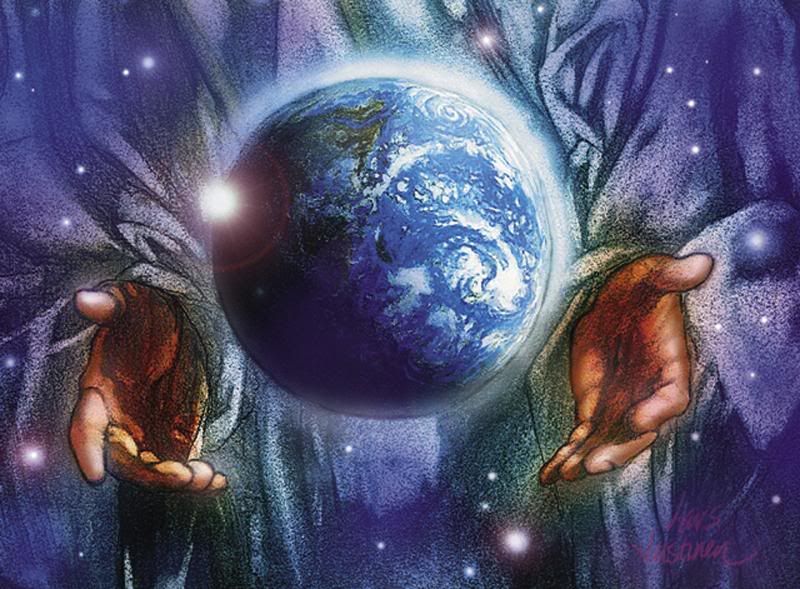 Last week BBC News published an article entitled “Are We on the Road to Civilization Collapse?” Some of the facts and history that they bring out is very revealing. They chronicle how the great empires of the past rose to power and eventually fell. The article concludes by declaring that our modern society is also headed towards a major collapse. [1]

We agree. The only problem is “Why?” What is it that causes nations and civilizations to collapse? The BBC News says that global warming will ultimately bring about our demise. God’s word attributes another reason for the fall of civilizations.

The Scriptures teach us that societies do not cease to exist because of economics, immigration, inflation, pollution or any other social problem. The great, ancient civilizations of the antediluvians, the Babylonians, the Egyptians and the Canaanites all came to an end because the sins they were committing had brought the judgments of God upon themselves.

Whenever any people become so morally depraved and corrupt they will either self-destruct or be conquered and absorbed by another nation. This does not happen by chance but by divine justice. The conquest of Canaan by Israel attests to this truth. God told Abraham 400 years before Israel actually conquered the land of Canaan that his children would not posses the land entirely until the iniquity of the Canaanites had become “full” (Genesis 15:16).

In fact it wasn’t really Israel who conquered the powerful Kings of Canaan. God evicted them and cast them out of the land. Why? Because of social inequality and economics? No. It was because their abominable sins had defiled the land. This is exactly what God warned Israel about when they entered the promised land. He warned them not to repeat the sins of the Canaanites:

“Defile not ye yourselves in any of these things: for in all these the nations are defiled which I cast out before you: And the land is defiled: therefore I do visit the iniquity thereof upon it, and the land itself vomiteth out her inhabitants.” Leviticus 18:24, 25.

It was God who brought these pagan civilizations to their end after 400 years of mercy and grace. The inhabitants of Canaan had plenty of opportunities to know about the true God through Melchizedek, Abraham, Issac and Jacob. They had also heard about what the true, living God had done to Egypt when Israel was miraculously liberated. They again rejected the God of heaven by declaring war against Joshua when Israel entered the promised land. Some joined Israel like Rahab and Ruth, but most of them refused to acknowledge the God of Abraham.

Here is the same solemn warning repeated to Israel about not embracing the sins of Egypt or Canaan:

What were the 4 cardinal sins committed by Canaan that brought their ancient civilization to an end? Sadly, many of our people don’t understand this. Our society, including many churches, are not only repeating these same sins but we have gone way beyond what those ancient societies did.

“Moreover thou shalt not lie carnally with thy neighbour’s wife, to defile thyself with her.” Leviticus 18:20.

God didn’t make any mistakes when He created Adam and Eve. He created them both by design as distinct sexual beings. God created sex not just for procreation, but to be holy and sacred within the boundary of His design – one man and one woman lovingly committed to each other in holy matrimony.

Any sexual relationship outside of these boundaries is a perversion. That which was never God’s will for our lives is sin. And the devil says you don’t need marital vows. You don’t need any commitments. The devil tells people that they don’t need to obey God because it’s all about what makes you feel good. Do whatever you want however many times you want with whoever you want because it’s all about you. What are the results? Broken lives, broken hearts, broken homes and a broken society.

“And thou shalt not let any of thy seed pass through the fire to Molech.” Leviticus 18:21.

Children are a gift from God entrusted to us. We are to raise them for His glory and honor. This is God’s design for our children. But ever since the days of Nimrod, the leader of ancient Babylon, it has been the devil’s plan to destroy God’s will for our children. In the pagan religion found throughout the land of Canaan, the people would burn their babies alive while offering them as sacrifices to their false gods. How barbaric and tragic!

But you know, we have no right to condemn the Canaanites for burning their babies in the fire when we here in “civilized” America burn our babies alive in the womb with saline solution – or when we cut them to pieces with a Ginsu knife – or when we suck their brains out to collapse their skulls during partial birth abortions. There is nothing more cruel and inhumane than what we allow here in America for the sake of “convenience.”

The sins of the Canaanites are very much alive today. The worship of Molech is the worship of Satan and these heinous acts bring honor to the devil. Listen, God didn’t let the Canaanites get away with this nor did he allow the Israelites to escape when they adopted these abominations. Do we really believe that God is going to continue to look the other way when these same sins are committed in America? A day of reckoning is fast approaching.

“Thou shalt not lie with mankind, as with womankind: it is abomination.” Leviticus 18:22.

Throughout the Holy Scriptures God condemns homosexuality. Some say that the sin of Sodom wasn’t homosexuality but inhospitality. Others say that Jesus never condemned same-sex relationships. Many have come out with so many different arguments to try to normalize and condone the gay lifestyle.

“Neither shalt thou lie with any beast to defile thyself therewith: neither shall any woman stand before a beast to lie down thereto: it is confusion.” Leviticus 18:23.

The Bible tells us that “the heart is deceitful above all things, and desperately wicked: who can know it?” Jeremiah 17:9. There is no hope for the carnal, unregenerate, human heart except as it surrenders to Jesus. Sinful flesh without the control of the Spirit of God will NEVER be satisfied.

Man tries to fill the void in his heart with fame, wealth, liquor, drugs and sex. All of these vanities are only temporary fixes which can never satisfy. Jesus alone can fill the empty void in our lives.

Though this sin is already here, the legalization of beastiality is not far away. Why? Because our society has already lost its moral compass. If a man is attracted to another man our society says that same-sex attraction is not wrong. He was born that way. His rights must be protected, and how dare anyone say it’s wrong.

What about someone who is attracted to animals? Maybe he was born that way too? Maybe his rights must be protected and how dare anyone say it is wrong?

“Ye shall therefore keep my statutes and my judgments, and shall not commit any of these abominations; neither any of your own nation, nor any stranger that sojourneth among you: (For all these abominations have the men of the land done, which were before you, and the land is defiled;) That the land spue not you out also, when ye defile it, as it spued out the nations that were before you.” Leviticus 18:26-28.

Our society is on the brink of a moral catastrophe. There is nothing new under the sun and the same reprobate mindset that existed in Canaan exists today. The very sins that caused the Canaanites to lose their place in history are in full display today – but worse. We have gone beyond what they did in Canaan because all these abominations are making their way into the church.

God keeps a record of our sins in the book of remembrance. Not one is lost. God is measuring the iniquity of America just as surely as He did with all of the once great civilizations of the past. God’s mercy bears long with the nations. But when the cup of indignation has reached its limit and when the period of grace and mercy has ended – utter destruction will follow.

“God keeps a reckoning with the nations. Through every century of this world’s history evil workers have been treasuring up wrath against the day of wrath; and when the time fully comes that iniquity shall have reached the stated boundary of God’s mercy, His forbearance will cease. When the accumulated figures in heaven’s record books shall mark the sum of transgression complete, wrath will come, unmixed with mercy, and then it will be seen what a tremendous thing it is to have worn out the divine patience. This crisis will be reached when the nations shall unite in making void God’s law” (Testimonies, Vol. 5, p. 523).