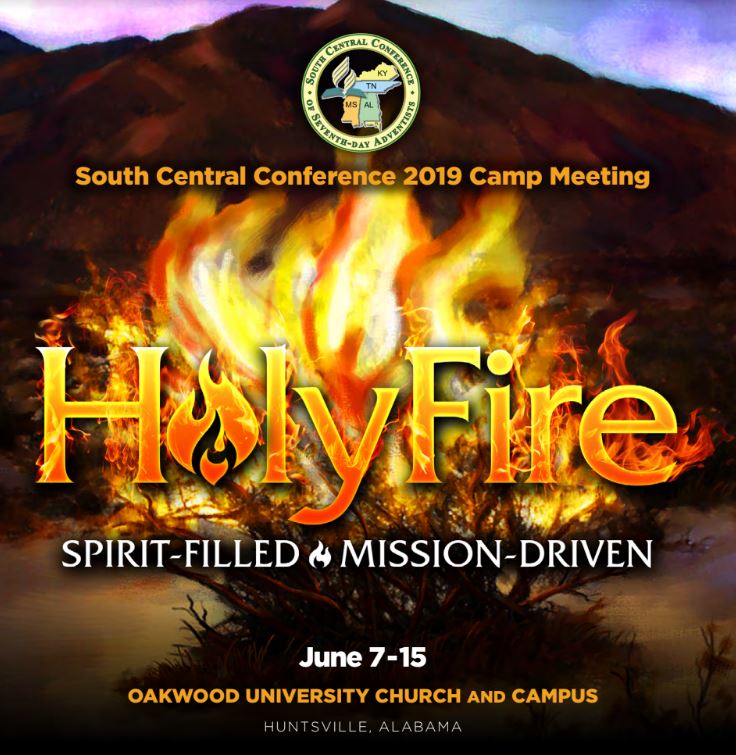 The South Central Conference 2019 Camp Meeting is being held at Oakwood University.

Oakwood University is once again hosting the annual camp meeting for the South Central Conference of Seventh-day Adventists. Hundreds of members from all over the southern part of the United States are gathering right now at Oakwood University from June 7 to June 15, 2019 for a “spiritual renewal.”

Above are the featured speakers for the 2019 SCC Campmeeting.

What’s with this music? This sensual dancing is similar to what you see in a bar. This has no place in a Seventh-day Adventist institution. Someone needs to completely shut down these types of activities. These drumbeats and dancing are manipulating the minds of the young people and turning them into dancing zombies.

This repetitive drumming and emotional experience puts people into the beginning stages of hypnosis in which the participants disengage their minds from rational thoughts and behaviors. This has nothing to do with the gospel. These Drum Line Band beats are the exact same beats that are used in Voodoo and Spiritualism. Notice the following drumming taken from a Voodo dance celebration. The sounds are almost identical.

As Christians we have values and beliefs that originate from God’s inspired writings and only His counsels ought to shape our lives. We must never adopt a cultural view of what is biblical or acceptable; instead, we need a biblical view to determine what our culture should be and what we should allow. Our music, entertainment and worship should always be defined by the light of God’s word.

To many this may seem as only a minor issue. But this is no trivial matter for God because we are reminded in Leviticus 10:1, 2 that the Lord consumed the sons of Aaron because they appeared before Him in an unholy manner and offered strange fire. We don’t know exactly what the strange fire was or where it came from, but obviously they brought a fire into the camp that originated from a different source that wasn’t holy or godly. They perished because of this.

The absence of spiritual discernment between the holy (holy fire) and the common (strange fire) is the greatest weakness we have today. If we can’t discern truth from unrighteousness even with God’s holy writings in our hands to guide and direct us – we shall surely perish under a multitude of heresies.