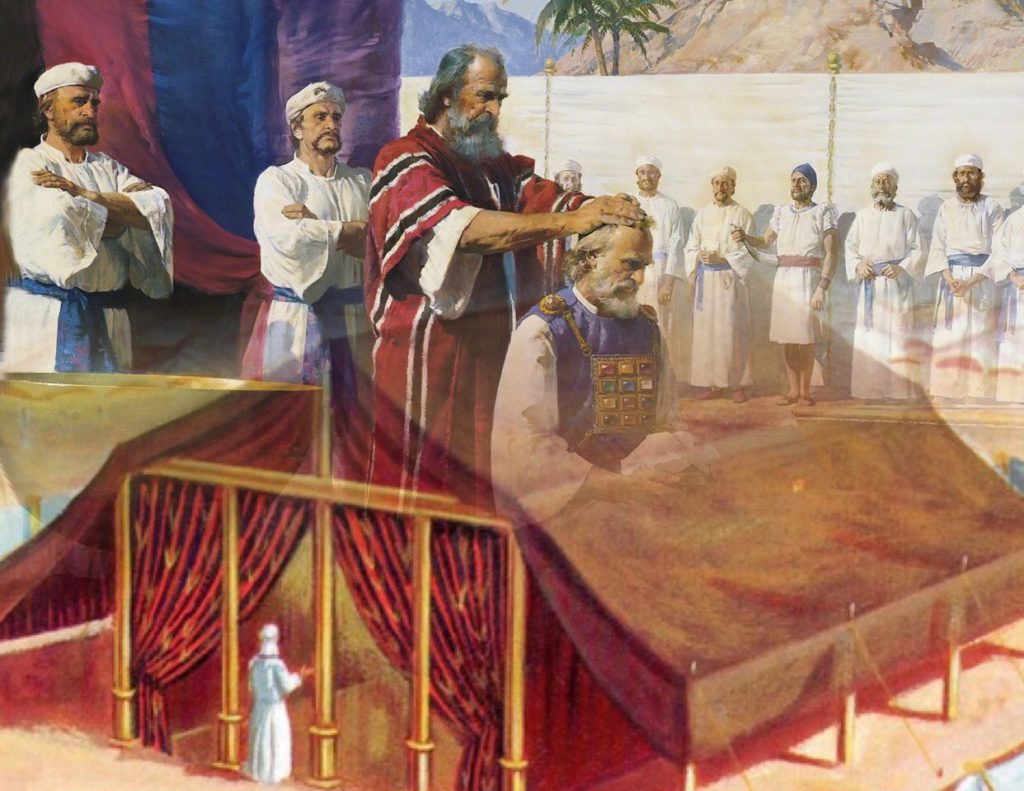 The Biblical sanctuary with its types and shadows has been the foundation upon which our movement has stood. It is the sanctuary message and the truths connected to it that has set us apart from the rest of the world. For the sanctuary explains both our past and our present duty:

“The subject of the sanctuary was the key which unlocked the mystery of the disappointment of 1844. It opened to view a complete system of truth, connected and harmonious, showing that God’s hand had directed the great advent movement, and revealing present duty as it brought to light the position and work of His people.” (The Great Controversy, p. 423).

The sanctuary message points out the “present duty” and the “position and work” of God’s people. In other words, our views must be in harmony with the types and shadows found in the sanctuary.

It’s in the Bible; but before we read it, let me just say that if we as Seventh-day Adventists are unwilling to accept the types and shadows given to us in the sanctuary then we need to stop using this verse:

If we are going to pick and choose which lessons found in the sanctuary are relevant and which ones are not then we need to also stop reading this verse:

“And let them make me a sanctuary; that I may dwell among them.” Exodus 25:8.

You see, the sanctuary is a model for the entire plan of salvation. Everything found in the Old Testament sanctuary service has a fulfillment in the New Testament. Type meets antitype. Shadow meets reality. This is true with regards to the sacrifice and atonement of Christ, the law of God, the three angels’ message, the health message, the godhead, the judgment and many other truths that are clearly prefigured in the sanctuary.

In fact all the great themes of the Bible can be seen in the light of the sanctuary. The closing work for God’s people is also described therein. The sanctuary contains types and shadows of real events seen in both heaven and earth.

And yes, the sanctuary also gives us a type and shadow for “church unity on ordination” that is being rejected by many Seventh-day Adventists today. So here are the verses that describe the unity of the nation on the subject of ordination. And no, my brothers and sisters, this is not a coincidence. This is God’s will for His people:

The whole nation was called to come, see, hear and participate in something significant.

The entire nation was gathered, and through their representatives, the nation – together in unity – participated in the laying of hands for ordination.

God commanded that the Levites be dedicated to executing the service of the Lord. And who were the Levites? Here is another version of this same event taken from the book of Leviticus:

Aaron was a Levite and his sons, not daughters, were ordained with oil to minister and officiate in behalf of the nation.

Here again we see the entire nation gathered together in unity.

Make no mistake, this shadow and type is by God’s design, not by any man or woman.

This is the first official ordination performed by Moses. Later, as described in Numbers 8:9-11, the children of Israel also laid their hands upon the sons of Aaron to ordain them for service.

What a wonderful demonstration of unity and obedience to God’s commandment. There wasn’t any noncompliance or any prince in the nation spewing disdain for the order of God. Had there been any they would have been dealt with quickly, in hours or days, not in years and decades like today.

The Leviticus and Numbers account is consistent with the Exodus account which says: “And take thou unto thee Aaron thy brother (not sister) and his sons (not daughters) with him, from among the children of Israel, that he may minister unto me in the priest’s office, even Aaron, Nadab and Abihu, Eleazar and Ithamar, Aaron’s sons.” Exodus 28:1.

Yes, even ordination was a type and a shadow and there is supposed to be an antitype during these last days. In the 28 Beliefs held by Seventh-day Adventists Belief #24 deals with the sanctuary. In Beliefs #24 the word “typified” appears three times while the word “typical” appears once. These four references speak about how the Old Testament sanctuary typified a work done in the New Testament sanctuary today.

Do we really believe this? If so then let the people of God once again unite on the sanctuary and come into unity on ordination as typified in the Holy Scriptures and described in Belief #24. It’s the Lord’s will.

“As a people, we should be earnest students of prophecy; we should not rest until we become intelligent in regard to the subject of the sanctuary, which is brought out in the visions of Daniel and John. This subject sheds great light on our present position and work, and gives us unmistakable proof that God has led us in our past experience” (Evangelism, p. 222).

“All who have received the light upon these subjects are to bear testimony of the great truths which God has committed to them. The sanctuary in heaven is the very center of Christ’s work in behalf of men. It concerns every soul living upon the earth. It opens to view the plan of redemption, bringing us down to the very close of time, and revealing the triumphant issue of the contest between righteousness and sin. It is of the utmost importance that all should thoroughly investigate these subjects, and be able to give an answer to every one that asketh them a reason of the hope that is in them” The (Great Controversy, 488, 489).