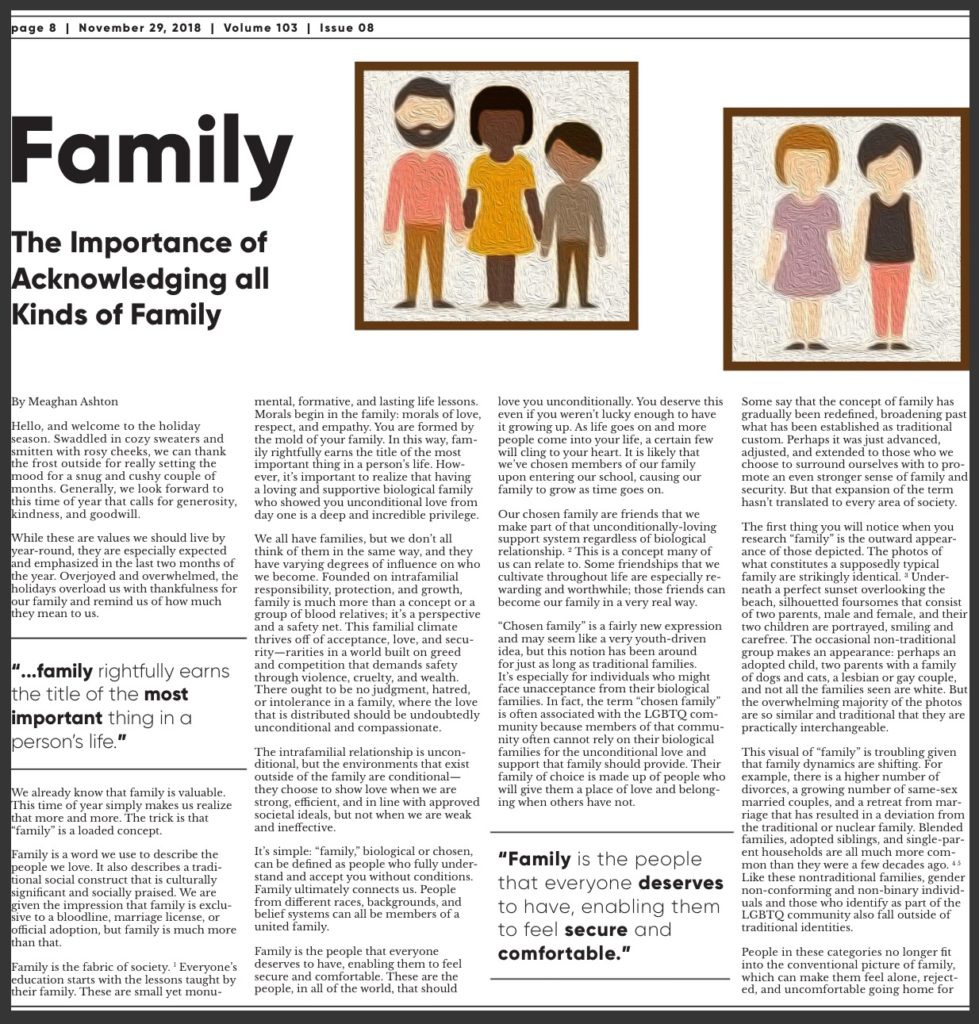 “Have ye not read, that he which made them at the beginning made them male and female … therefore what God hath joined together, let not man put asunder.” Matthew 19:4-6.

This verse describes the origin of the human family. It is what God originally established when He created Eve, a woman, as a suitable partner for Adam. He blessed them, married them, gave them a home, gave them a job and told them to populate the earth. God provided for all the needs of the first human family. But sadly, this holy arrangement is quickly becoming a thing of the past.

On the November 29, 2018 edition of The Collegian, Walla Walla University’s official newspaper, there is an article on page 8 called “Family” that basically says that we have to go beyond this “traditional” view and see “the importance of acknowledging all kinds of family.” [1]

Then this official Seventh-day Adventist publication began displaying clip art photos depicting the different kinds of families that we need to start acknowledging. Some of the images included two women holding hands and two men holding hands with small children at their sides. [1] 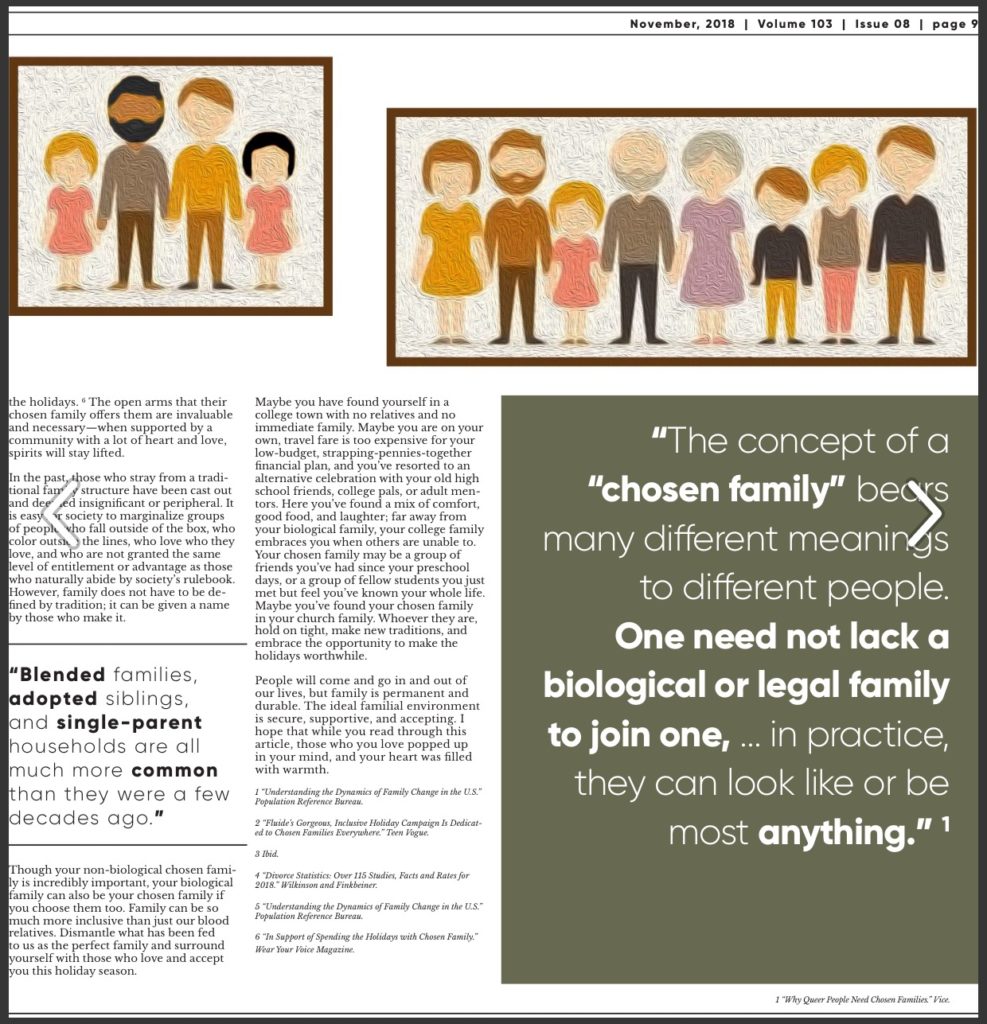 What this Adventist institution is doing is promoting the new version of the “family” that has been adopted by our contemporary culture. The new “family” rejects the Biblical definition of one male and one female and replaces it with the ever growing spectrum of gender types and personal preferences defined by the LGBT+ community.

Cross-dressing, sex reassignment surgery, testosterone therapy for girls and women, estrogen therapy for boys and men and so-called “marital” relationships between members of the same biological sex is what is at the center of the new “family” – all of which is incompatible and forbidden by the Bible.

Instead of preparing our young people to live with the pure and the righteous in heaven, we are preparing and training our young people in the ways of the world. The LGBT+ phenomenon that is sweeping the world is also sweeping our institutions. Lot was hurried out of Sodom by the angles of God to avoid their same fate, but it seems that some of our people have gone into Sodom to learn their ways in the hopes of establishing our churches and our schools upon their principles.