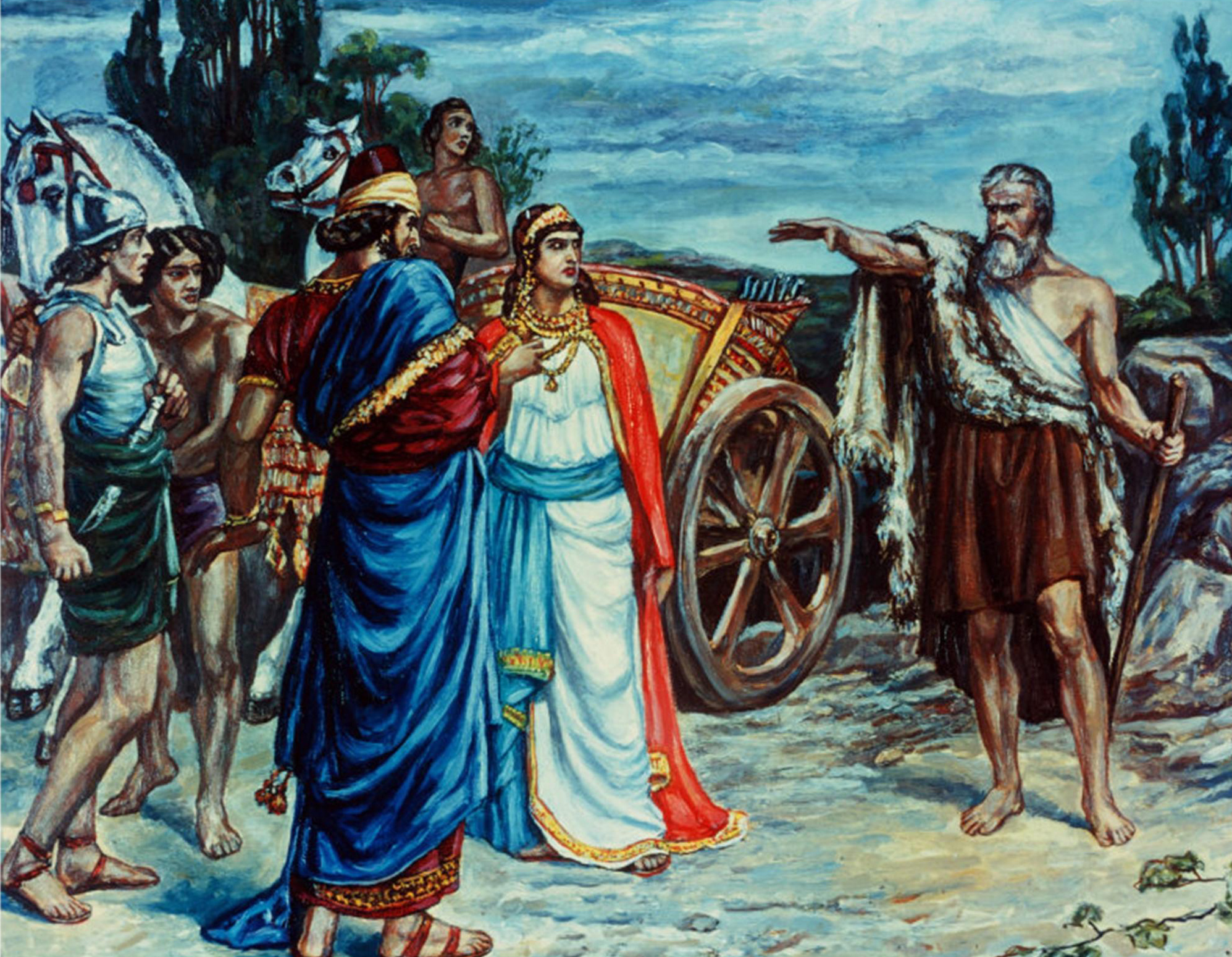 There is a terrible void in our world today. At this present time there is a prophetic vacancy in the church. The missing person whose whereabouts is unknown is the Prophet Elijah. Someone needs to file a missing person’s report because Elijah hasn’t been around. While the prophets of Baal abound, Elijah is nowhere to be found.

“Those who are to prepare the way for the second coming of Christ are represented by faithful Elijah” (Testimonies, Vol. 3, p. 63).

Where are the fiery preachers of righteousness who should be calling this generation to repentance and reformation? Where is the Spirit and Power of Elijah that,  if revived, would faithfully reprove the fashionable sins of this age? Where is the courage, integrity, zeal, piety, holiness and true faithfulness that will accompany the Elijah messengers?

Unfortunately, we live in a world that rejects this straight testimony. This modern lukewarm society shares the same sentiment of ancient Israel that characterized the Spirit and Power of Elijah as too severe, too austere, too earnest, too divisive, too negative and too unsociable. Elijah was dismissed as irrelevant and a bearer of bad news. His words were considered harsh and his messages about judgment and his calls for repentance were not well received.

Ecumenism, Feminism and the LGBT+ Lifestyle

Oh, but the prophets of Baal were so much more dignified! The false prophets were in demand, well-fed, best-dressed and occupied the best seats in the nation. Their messages were very popular, culturally relevant and socially acceptable. Their preaching was positive, ecumenical, inclusive and made everyone happy. No negativity, no controversy and nothing discouraging was ever said. These false prophets told the people what they wanted to hear.

The prophets of Baal that had invaded Israel were a wonderful specimen of cultural diversity, equality, inclusivity and coexistence. They rejected Elijah and dismissed the worship of his God as sexist, misogynist and homophobic. By contrast, the false prophets had set up an ecumenical, multicultural god. They promoted gender equality in their worship. On one side they had 450 prophets of Baal (the supreme male god of the Canaanites) and on the other side they had 400 prophets of Asherah (the chief female deity in Canaan) all sitting together at Jezebel’s table (1 Kings 18:19).

These false, men-pleasing prophets were numerous in Israel just as they are numerous today. The prophets of Baal were so much more liked by the pop-culture of their day because of their non-discriminatory, all-inclusive and politically correct views. All lifestyles, all gods, all cultures and all backgrounds were embraced. Baal and Asherah were the gods of the Canaanites and the LGBT+ movement was embraced by that culture (Leviticus 18:3, 22, 24).

That same ancient, ecumenical, feminist, pro LGBT+ propaganda is dominating our society today and has even entered the church. God’s people are not supposed to be a subculture of the world. We are never supposed to reflect the values of this secular, corrupt society. All efforts to contextualize the gospel by assimilating it to the current, popular social construct must be resisted.

Elijah was one, lonely solitary prophet who stood out against Israel’s 850 false prophets who were on the royal payroll.  Elijah was called to deliver the word of the Lord even if it was mainly considered bad news. This was a very lonely calling because his faithfulness in delivering God’s message meant nobody wanted him around. People stayed away from him, and he was avoided like the corona virus.

Elijah was never given a preaching schedule in Israel and his social calendar was always empty. He wasn’t offered a pastorate by his local conference. No birthday cards, no invitations to attend the national camp meetings and no calls to join the leadership retreats.

This is often the case of those who God calls to deliver His prophetic word. Such was the lot of the Old Testament prophets who confronted apostasy during their times. They weren’t popular and they didn’t have a lot of friends. It wasn’t “fun.” These faithful sentinels were rejected during their ministry, but later vindicated by history.

“I sat not in the assembly of the mockers, nor rejoiced; I sat alone because of thy hand.” Jeremiah 15:17.

A Troublemaker in Israel

“And it came to pass, when Ahab saw Elijah, that Ahab said unto him, Art thou he that troubleth Israel?” 1 Kings 18:17.

This is the title that every true prophet of God wears. Elijah didn’t tell the nation what they wanted to hear, but he spoke the words they needed most and for this he was hated.  Elijah spoke truth and was despised by his generation. He never contextualized or culturally compromised God’s word. The true prophetic message of God will be seen by the majority as something negative and extreme that only creates problems.

It will be rejected, despised, mocked and ridiculed by the majority. This is how it always has been and always will be. God’s truth is never popular by a sin-loving society. You will be forced to stand alone because this is not a ministry for those who seek fame or fortune.

On the other hand, false prophets will always be embraced by the world because they never disturb the carnal hearts of sinful men and women. They only speak blessings and prosperity and always give good news. The prophets of Baal prophesized lies, deceit and smooth words and failed to address the real issues; and the people loved them.

Elijah and the Closing Work of the Third Angel

The closing work will end with the Spirit and Power of Elijah. The last invitation of mercy will be accompanied with divine power. The Lord is calling for a return of the Elijah messengers to confront the false prophets of this generation. The Elijah messengers will arouse the people, warning them to reject the unregenerate, moral-less influences which surround them. It is time to pray fervently for a revival of the Spirit and the Power of Elijah because the church is fast becoming indistinguishable from the world. Notice the closing work of God’s people:

“The Spirit of God came upon them as it came upon Elijah, moving him to rebuke the sins of a wicked king and an apostate people; they could not refrain from preaching the plain utterances of the Bible,—doctrines which they had been reluctant to present. They were impelled to zealously declare the truth, and the danger which threatened souls. The words which the Lord gave them they uttered, fearless of consequences, and the people were compelled to hear the warning. Thus the message of the third angel will be proclaimed.” (Great Controversy, p. 606).

It is so easy to blend in with the crowd. It’s always more difficult to stand up against the prevailing wickedness. Yet this is the challenge we must face today. We must call this generation to repent and turn to the living God. The Spirit and Power of Elijah will be given to a faithful company of believers who are committed to preparing a people for the coming of the Lord:

“And he shall go before him in the spirit and power of Elias, to turn the hearts of the fathers to the children, and the disobedient to the wisdom of the just; to make ready a people prepared for the Lord.” Luke 1:17.