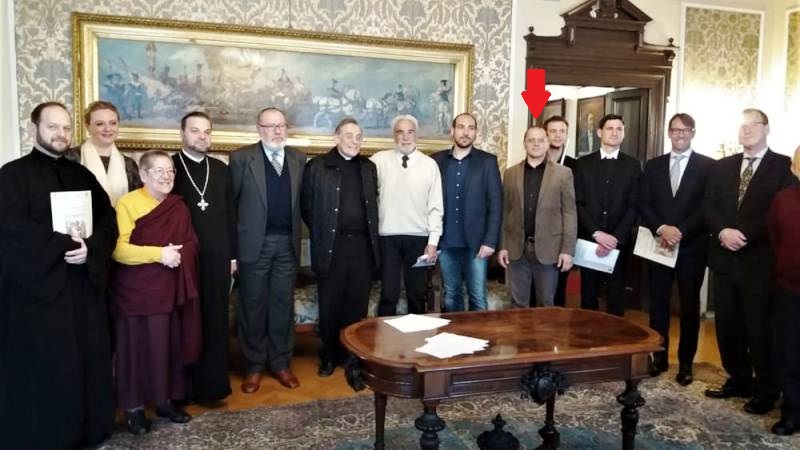 Far too many churches are imitating the entertainment industry. This generation is overstimulated with amusements and distractions. This has resulted in a failure to connect the minds of people to the life saving messages of our time.

Instead of instructing people in the ways of truth and righteousness, this generation is more interested in seeking how to deliver a worship experience that is both entertaining and amusing.

“Worship Music 2019 – A Symphony of Religions” is an ecumenical celebration in Trieste, Italy where Roman Catholics, Methodists, Buddhists, Lutheran, Muslims, Jews, Orthodox and Seventh-day Adventists come together to create a symphony of unity and brotherhood through music. [1]

This is an ecumenical, music festival in which the different churches take turns performing musical selections for each other in a Roman Catholic Church. The objective is to unite the participating churches into “a continuous and constructive dialog.” [1]

Each religious faith has committed to do their part in helping to develop harmony between the various religions and all will be collaborating with the following:

The theme for this years ecumenical symphony of music celebration is called “The Message of the Prophets….today.” [1]

When are we as a people going to present the real “messages from the prophets?” I’m not referring to the musical. I’m talking about the glorious truths that have been handed down to us by the prophets of God to give to the world. When will that work actually get fulfilled?

Are we going to keep entertaining the other churches with musical arrangements and make them feel “pleasantly surprised,” or are we going to warn them about the overwhelming surprise that is coming upon the earth? Are we going to wait for the 7 last plagues to fall upon people before telling them how to avoid them? When are we going to lift up our voices and proclaim to every nation, kindred, tongue and people that the sins of Babylon have reached unto heaven because of their refusal to keep the commandments of God and the faith of Jesus?

“Blow ye the trumpet in Zion, and sound an alarm in my holy mountain: let all the inhabitants of the land tremble: for the day of the LORD cometh, for it is nigh at hand.” Joel 2:1.

When the Lord says to blow the trumpet and sound the alarm it’s not time to start playing the flute. But that is exactly what took place when all these religious leaders met together. They came together in unity and brotherhood are were entertained by some Pied Piper with a flute. 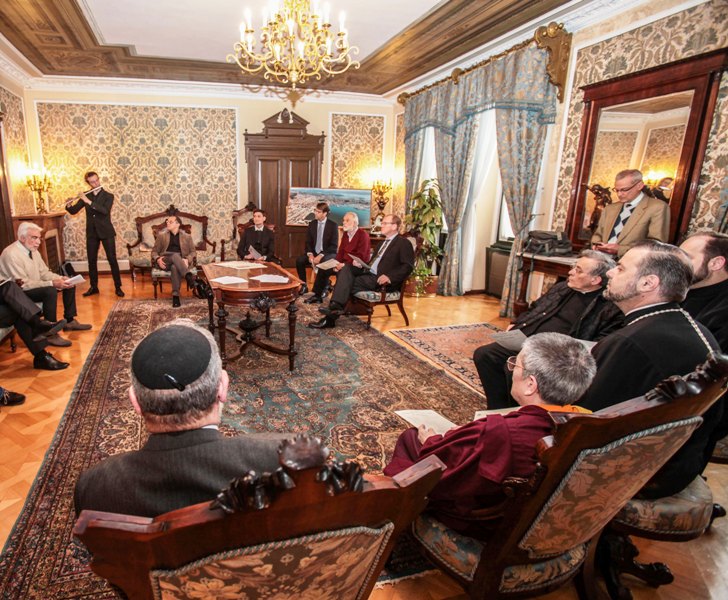 The Pied Piper mesmerized the ecumenical gathering with his flute.

“Would that every minister might realize the sacredness of his office and the holiness of his work … As divinely appointed messengers, ministers are in a position of awful responsibility. They are to ‘reprove, rebuke, exhort with all long-suffering.’ 2 Timothy 4:2. In Christ’s stead they are to labor as stewards of the mysteries of heaven, encouraging the obedient and warning the disobedient … They are not to speak their own words, but words which One greater than the potentates of earth has bidden them speak. Their message is to be, ‘Thus saith the Lord.’ ” (Prophets and Kings, 142).

Rome is using ecumenism, entertainment and spiritualism to unite the world under its authority. The problem with these ecumenical music festivals is that people will go to hear opera, eastern meditations, Muslim chants and other musical selections, but they will not come to know Christ or His gospel.

Instead of charming people with instruments, chants and sounds, we should be preparing them for heaven – where we will soon join in with a choir of heavenly angels and sing songs of redemption in God’s kingdom made new.

“And I saw as it were a sea of glass mingled with fire: and them that had gotten the victory over the beast, and over his image, and over his mark, and over the number of his name, stand on the sea of glass, having the harps of God.” Revelation 15:2.