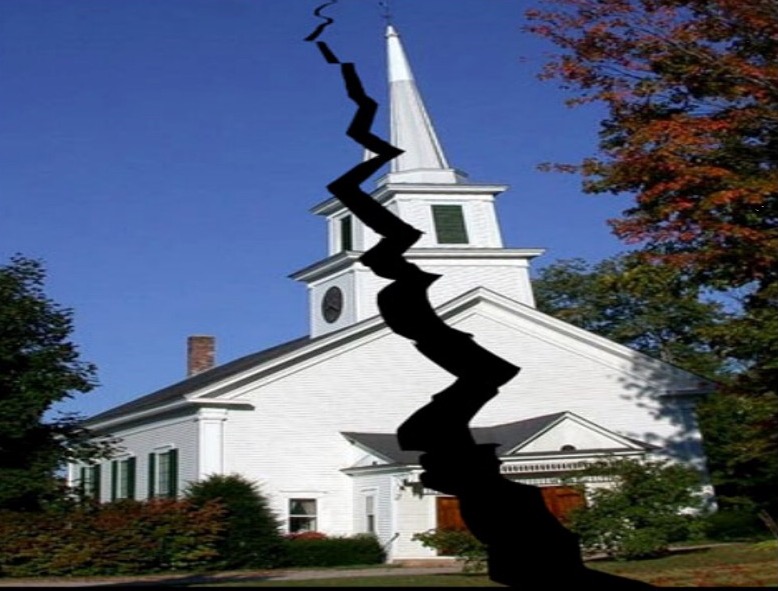 “Nevertheless when the Son of man cometh, shall he find faith on the earth?” Luke 18:8.

Jesus predicted that a major faith crisis would been seen in our earth just prior to His Second Coming. We are seeing these words literally come to pass before our eyes.

The churches in this country are in a terrible, spiritual decline. Between 6,000 and 10,000 churches close down each year in America. [1] While most denominations are seeing a drop in membership – atheists, agnostics, secularists and the non-religious have been growing dramatically. Those who identify themselves as non-believers now make up around 25% of our US population and their numbers are growing especially among young millennials. [2]

We are following in the footsteps of Europe. In Europe between 70% to 90% of young people consider themselves non-religious. [3] Australia and Canada are not doing any better. In Canada, huge numbers of people are turning their backs to God and are abandoning the churches. [4] And for the first time in Australia’s history the “non-religious” have become the largest demographic group in the nation beating out Roman Catholicism. [5]

There is a secular war being waged against the faith and these latest statistics show the stunning development that God, the Bible and Christianity are being rejected. Secularism, progressive ideologies, the social/political gospel and a godless immorality have accelerated the demise of an already weakening Christian culture in these so-called enlightened, developed nations.

The sweet, elevating and sanctifying truths of the Bible are being replaced with a cultural, social, and environmental agenda. A counterfeit gospel is being accepted by the churches and this is having a devastating effect upon the people.

“If the truths of the Bible are woven into practical life, they will bring the mind up from earthliness [secularism] and debasement. Those who are conversant with the Scriptures will be men and women who exert an elevating influence.” (Signs of the Times January 30, 1893).

Bible knowledge, with its elevating influences, has almost been entirely excluded from our churches for decades. Only now are we just starting to see the fruit of this rejection of truth. We have failed to foresee the consequences that follow when Biblical values are replaced with secular ones.

Our Biblically-sound, prophetically-based, Christ-centering truths are being replaced with leftist, liberal policies. A new agenda has taken over and the new mission is focused on women’s equality, LGBT+ advocacy, reproductive rights, gender rights, open boarders, immigration rights, environmentalism, wealth redistribution and a host of other Marxist ideologies. This is the hidden agenda of the new social gospel – a mixture of leftist politics and social programs masquerading as a Gospel-inspired, Christ-promoting mission.

The churches have ended the war against the current culture and instead have started to embrace it. There is a generational shift happening today where the old guard is out and the new generation that is taking over is cutting ties with our historical past. The new leaders are now engaging and embracing mainstream culture.

When the church worships God in spirit and truth (John 4:24), and when we “contend” for  the historical, Biblical truths (Jude 1:3), then the church will grow and prosper. When the church stands alone on the teachings of Jesus (Matthew 28:18-20) this will bring sanctification, purity and unity to the body of Christ. Christianity grows supernaturally when it stands solely upon the gospel of Christ. (Romans 1:16) Only then will the Holy Spirit empower the church and help us maintain a constant, living, spiritual connection with God (Zachariah 6;4). This is an experience that our culture cannot duplicate.

Sadly, this is what has happened to Europe, Australia, Canada and now to America. The rapid decline of true Biblical Christianity is causing these once great continents to lose their purpose and identity.