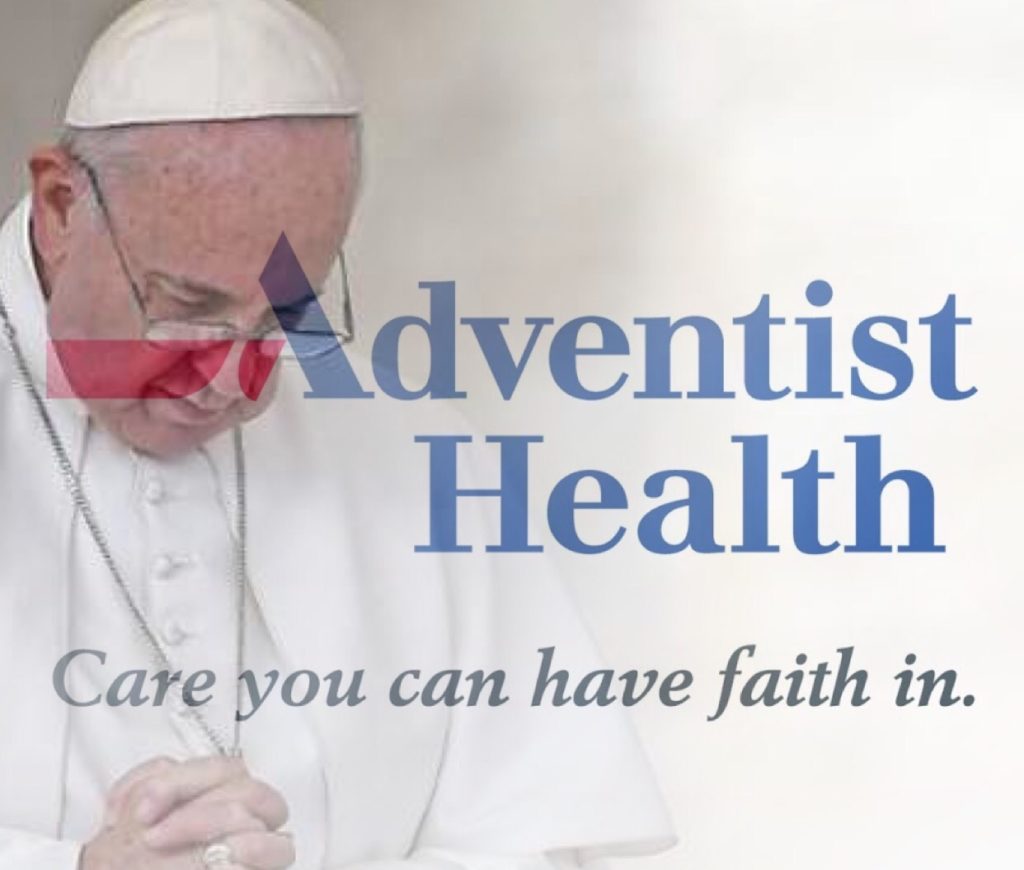 Rome is very pleased. They have been teaching in our schools and preaching in our churches and now they are taking over our hospitals. In Northern California, Adventist Health and St. Joseph Health, a Roman Catholic-based health care system, are entering into a merger in which Catholics will own 70% of this joint venture and Adventists will own only 30%. In this new deal Adventists will be giving up 5 hospitals while Catholics will bring in 4. News Source

How is this a good thing when Adventist institutions built and paid for by the sacrificing efforts of faithful Seventh-day Adventists are being handed over to Roman Catholics? You may say, “That’s not what’s happening.” But it’s true. A Roman Catholic will be the new CEO of these five Adventist hospitals. Under this new merger, Rome will maintain 70% of the vote, which essentially means these SDA hospitals will now belong to them.

If Adventists are getting tired of running hospitals they should have just sold them to the highest bidder! But no; we are giving them away – and we decided that Rome should be the best recipient of such a generous gift! Why? All because it’s hard to stay competitive in the modern-day health care business. Hospitals and health care systems all across the nation are merging into larger systems in order to maximize profits and remain competitive.

Seventh-day Adventists were never called to compete with the worldly standards of health care. We were called to teach God’s blueprint for healing: simple, natural remedies in sanitariums located away from the cities. Had we stayed with God’s plan we wouldn’t need to be uniting with Rome to save us from our financial troubles.

So say goodbye to 5 of our fully-staffed and fully equipped hospitals. Adventists and Catholics hope to complete this merger by the end of this year. The merger is also subject to regulatory review, which means the state of California has to approve this joint venture.

“Now and ever we are to stand as a distinct and peculiar people, free from all worldly policy, unembarrassed by confederating with those who have not wisdom to discern God’s claims so plainly set forth in His law. All our medical institutions are established as Seventh-day Adventist institutions, to represent the various features of gospel medical missionary work, and thus to prepare the way for the coming of the Lord” (Testimonies, Vol. 7, p. 106).

“To bind ourselves up by contracts with those not of our faith is not in the order of God. We are to treat with kindness and courtesy those who refuse to be loyal to God, but we are never, never to unite with them in counsel regarding the vital interests of His work. Putting our trust in God, we are to move steadily forward, doing His work with unselfishness, in humble dependence upon Him, committing to His providence ourselves and all that concerns our present and future” (Ibid., p. 107).