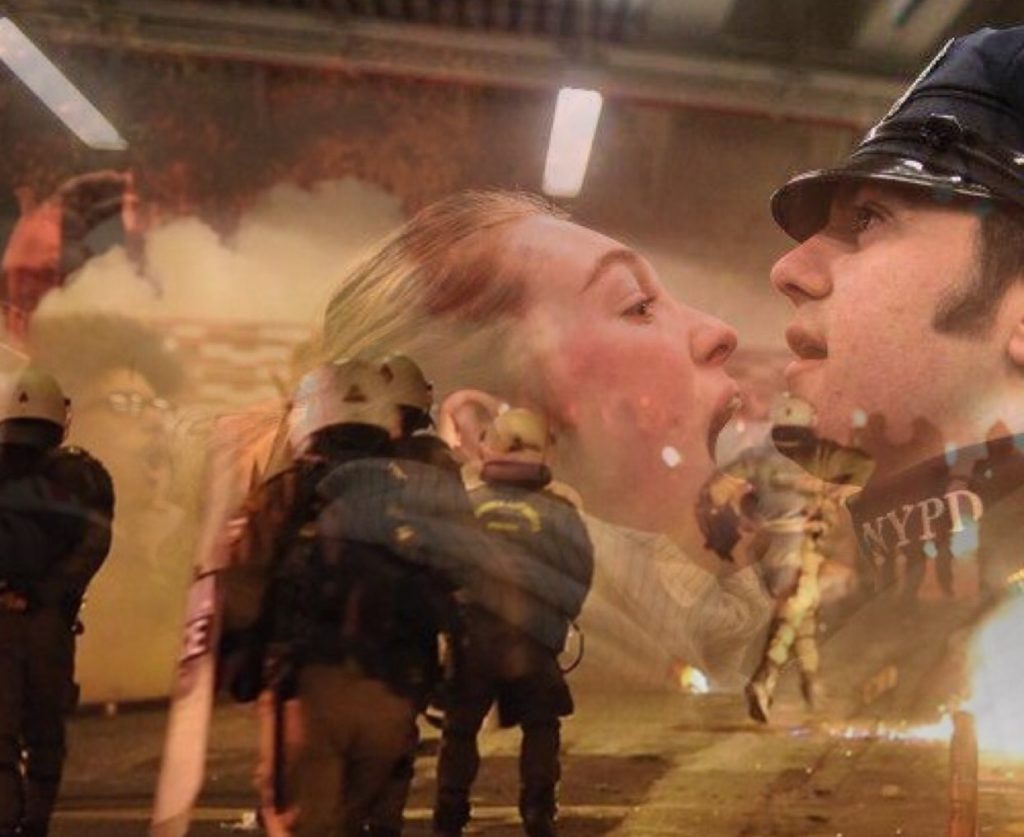 “The government under which Jesus lived was corrupt and oppressive; on every hand were crying abuses,—extortion, intolerance, and grinding cruelty. Yet the Savior attempted no civil reforms. He attacked no national abuses, nor condemned the national enemies. He did not interfere with the authority or administration of those in power. He who was our example kept aloof from earthly governments” (Desire of Ages, 509).

Jesus was not a social justice warrior during His time here on earth; He was the Savior of mankind. He did not go about trying to reform the corrupt political systems of the world through social policies. What He did and what He is still doing today is changing the corrupt hearts and minds of men and women with His everlasting gospel. The book Desire of Ages tells us why Jesus didn’t mobilize the citizens of His day or led any public demonstrations or rallies to fight against the corrupt governments of His day.

“Not because He was indifferent to the woes of men, but because the remedy did not lie in merely human and external measures. To be efficient, the cure must reach men individually, and must regenerate the heart. Not by the decisions of courts or councils or legislative assemblies, not by the patronage of worldly great men, is the kingdom of Christ established, but by the implanting of Christ’s nature in humanity through the work of the Holy Spirit” (Desire of Ages, 509).

In the above video clip, President Ted Wilson got it right when he warned against the danger of allowing social issues to take precedence over the Three Angels’ Messages. There is no question that oppression and discrimination exsists on every side and that Jesus detests these things; but true, lasting solutions to these problems do not come through political campaigns, voter registration drives, social activism, civil protests or riots. True, lasting solutions come when the life-changing power of the gospel is implanted into the hearts of people.

It is only when Christ comes into the heart that sin, hatred, oppression, discrimination and injustice comes out from our lives. Jesus did not present to Caesar a list of social reforms for the Roman Empire to implement, He called upon people to receive Him and to be born again. Jesus was not interested in bringing about transformation and reformation through “external measures” (Desire of Ages, 509), He sought to abide in peoples’ hearts. The love of God cannot be transmitted to the world through Caesar’s law because love is found in a Person (Jesus) and His mercy and grace cannot be legislated through human law.

The righteousness of Christ cannot reach the world through social programs, civil legislation, social justice, voting stations, fund raising or political activism. If it could then America would be the holiest and the most pure nation in all the earth because we already have all these things! But no amount of human, external measures can transform the lives of people. 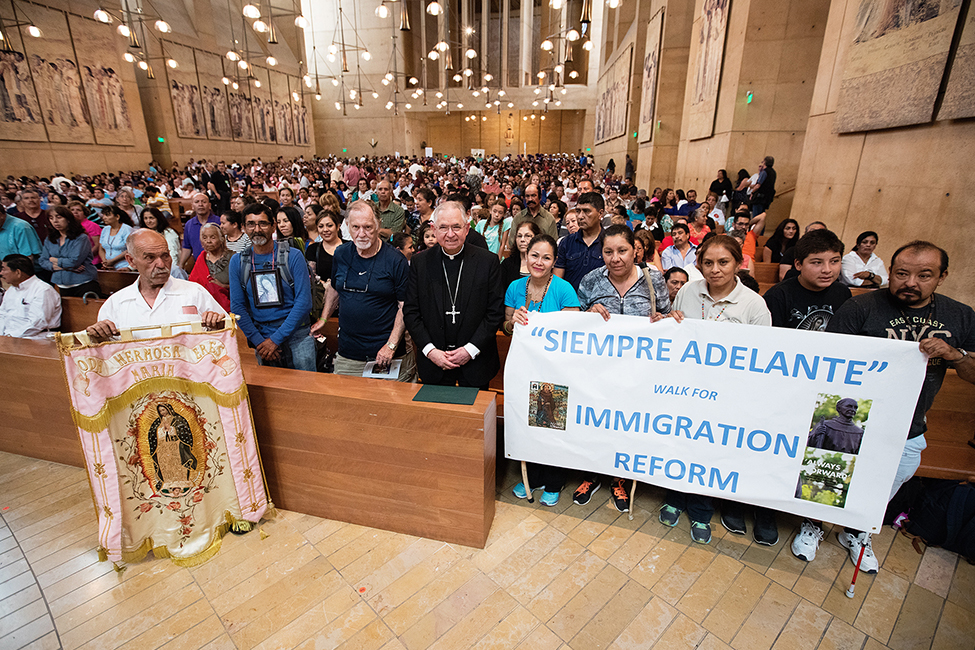 Catholics are celebrating holy mass and lobbying for immigration reform.

Christian Citizenship and the Gospel

The gospel of Christ is the power of God! This is what brings about the complete transformation of a person. This is what every culture and society needs – whether they are Jews, Greeks, Romans or any other. This is what Paul emphasized and preached because nothing else can save. We are also reminded that once we’ve accepted Christ our citizenship is changed and we become members of the kingdom of God.

“For our conversation (citizenship) is in heaven.” Philippians 3:20.

This verse gets to the heart of the matter because the Greek word for conversation used here is “politeuma,” or politics. Our political ambitions are not of this world. The true Christian has his or her citizenship in the royal nation of heaven, and our primary purpose is to know God, to love Him and to teach others about the principles and order of His kingdom. As ambassadors representing a higher and a much more glorious order that is in heaven, our duty to help others become citizens of His soon-coming kingdom. And it is only through the gospel (cross) that we become partakers of Christ and His kingdom. 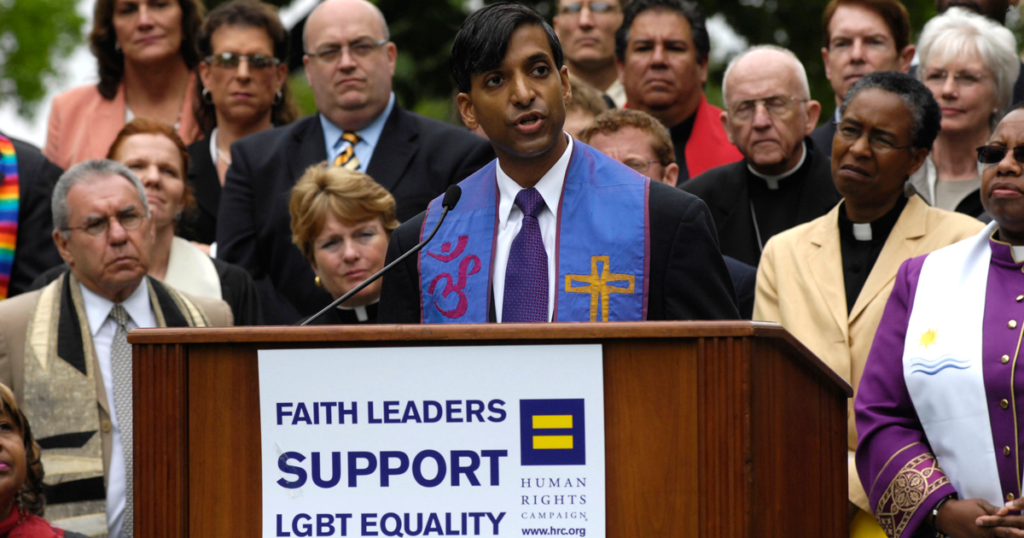 The Power of the Church

God has designed that through the power of the Holy Spirit the church is to communicate His message directly to the world without any political entanglements, earthly interference or human interventions. This way the church can protest against sin and corruption and against any Sunday law or any religious liberty violation without being attached to anyone but God. When God’s people stand alone in His strength then we can preach the gospel with power and with life. When the church is free from all worldly associations or compromises then we can give the final warning message to everyone without any hesitation.

It is a shame and a disgrace whenever the church stops preaching the gospel of Christ or the Three Angels’ Message in order to join in with political parties to advance a social, political agenda. Our time must be spent on saving souls. 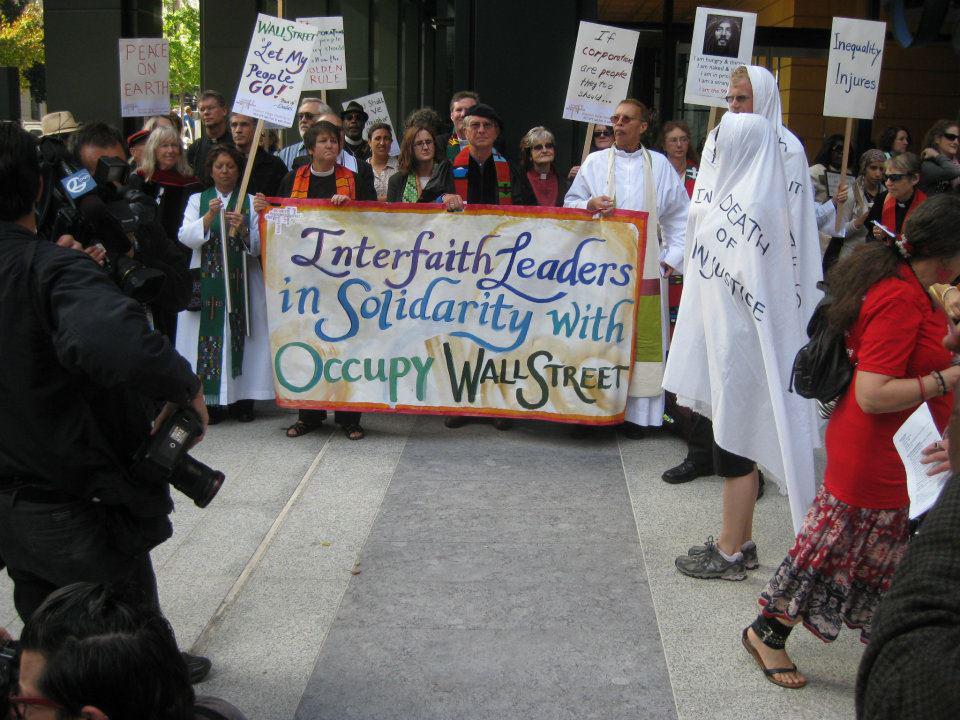 The World’s View of Justice Versus God’s View

Today we see an intimate relationship between the church and our culture. So intimate is this new relationship that they are nearly one, sharing one common vision and mission. Today we see a partnership and in some cases a merger between church and culture under the cloak of a “social progressive movement.” We cannot join the modern culture in the work of social justice because the world has a completely different view of what justice is. Our godless culture is hostile towards the clear moral teaching of the Bible that define right and wrong. These Biblical teachings are the true foundation for justice.

The world’s view of social justice is to promote marriage equality for the LGBT+ community. The world’s view of women’s rights is to eliminate every distinction between men and women and to offer women the right to abort their babies for any reason and without apology. The world’s view of inclusion is to reject the fact that God created only two sexes – male and female – and so our culture has embraced 71 different types of genders options and sees them all as valid and equal. [1]

Our culture is also pushing for the redistribution of wealth, called economic justice. They are pushing for the rights of “mother” earth, called green justice. They are pushing for immigration rights, called open borders. Many of these polices are incompatible with the word of God. If you follow the clear teachings of the Bible the world will label you a sexist, a misogynist and a homophobic. If you try to implement the Biblical order of heaven then you are accused of practicing discrimination and prejudice. What the Bible calls sin our culture calls diversity. What the Bible calls New Testament Church organization our culture calls sexism and patriarchy.

For the Christian true justice is found in God’s law. The Biblical view of justice is that we keep God’s commandments because they define what our duty is to God and to man. God tells us to keep His commandments that “it may go well” with everyone and that all can “prosper” (Deuteronomy 4:40) and live in peace. The closer we get to following God’s word; the better off everyone is going to be. 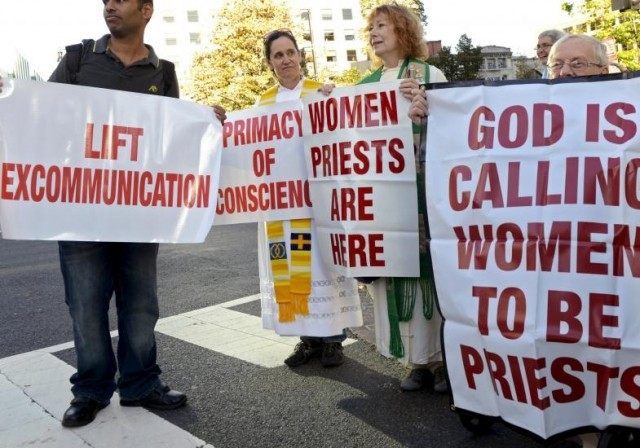 Women advocating for the ordination of women priests.

“Jesus did not seek the admiration or applause of the world. He commanded no army, He ruled no earthly kingdom. He passed by the wealthy and honored of the world. He did not associate with the leaders of the nation. He dwelt among the lowly of the earth. To all appearances He was merely a humble man, with few friends. Thus He sought to correct the world’s false standard of judging the value of men” (The Southern Work, p. 10).

Is this plain enough? Should we suppose the Jesus got it all wrong? Or that maybe God’s policy has changed today?

“And all who are members of the kingdom of Christ will represent Him in character and disposition” (God’s Amazing Grace, p. 14)

If we are to remain members of His kingdom and of His church, we must do as He did.