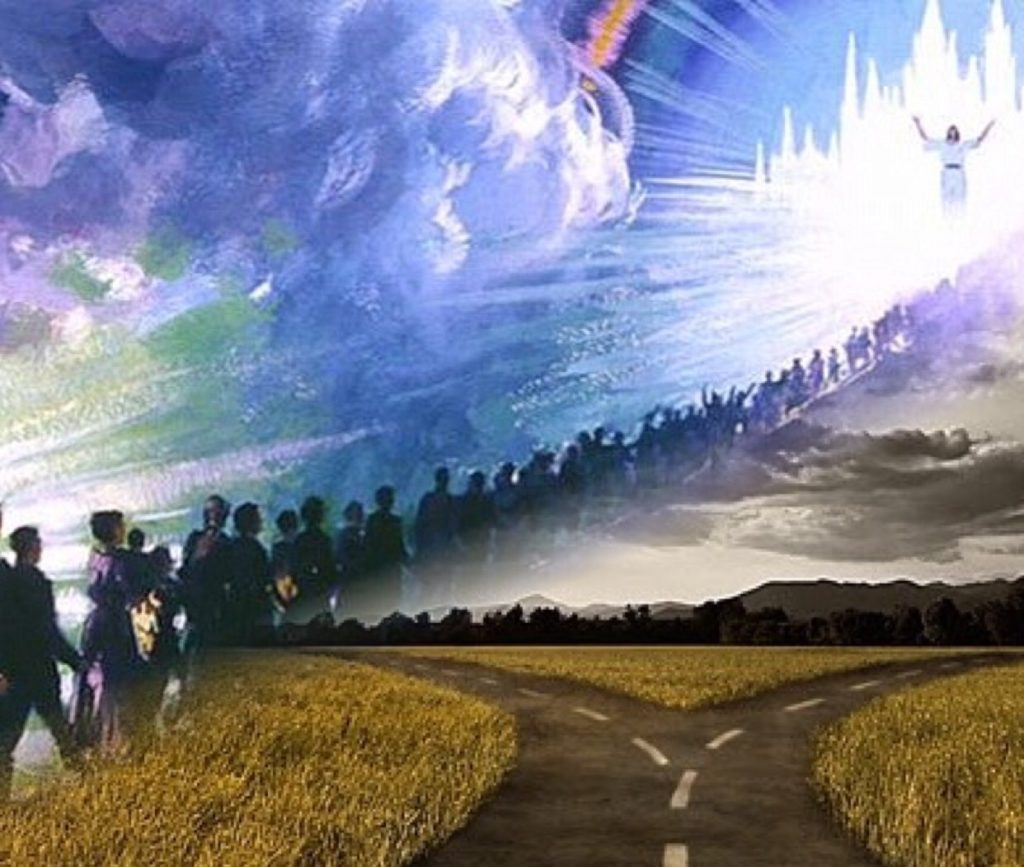 The calls for unity have been many. I cannot recall another time in history when so many pleas for unity have been made in such a short period of time. Appeals for unity were made after the 2015 GC Sessions. Later in 2016, 2017, 2018 at every GC Executive Committee meeting there were calls for unity. A “Unity Oversight Committee” was formed in Adventism that was supposed to create a pathway towards peace and harmony. A Sabbath School quarterly was prepared (Oneness In Christ, Oct., Nov., Dec. 2018) so that the world church could study and pray for unity. And in January 2019 the church has set aside a season of prayer, 10 days, in which churches across the world will be praying for unity. [1] 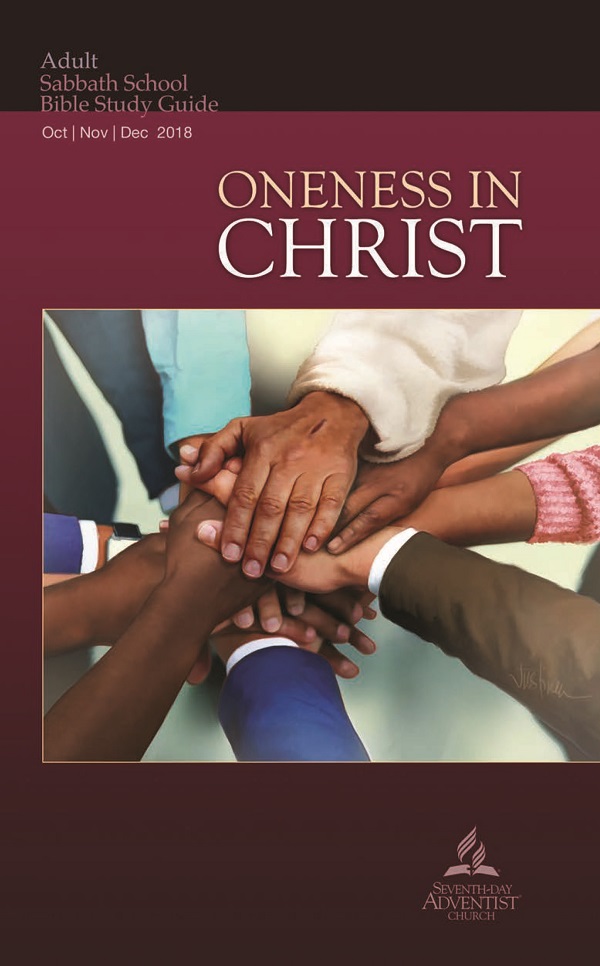 But in spite of all this massive sacrifice and effort the church is not united. The gap is only widening with ever passing day. How is that even possible? We are all reading the very same Bible texts and somehow the church is still divided. We read the same Spirit of Prophecy statements and yet we come to completely different conclusions. The church comes together to study the same Sabbath School Lesson every day and then together on the Sabbath and even this it isn’t bringing us any closer. Why?

This is why two parties are being devoeloped in the church. Two parties are reading the same Bible verses on women’s ordination, gender equality, homosexuality and transgender issues and they come to completely different conclusions every time.

As long as we have two conflicting world views in the church there will never be unity on these matters. Why? Because some modern, liberal progressives have a world view that allows them to pick and choose which portions of the Scripture they want to interpret literally and which portions they feel need to be understood in context to contemporary culture and science. On the other side you have conservatives who are concerned about the erosion of our moral values by modernists. They are not trying to redefine morality because they have taken a view that states: “God said it, I believe it, that settles it.”

These differences are bringing the church to an identity crisis, and we are on the verge of seeing a major global breakup. We are seeing a growing divide between Seventh-day Adventist liberals in the USA, Canada, Europe and Australia and hard-line conservatives in Africa, Asia, Central America, South America, India, the South Pacific Islands and the Caribbean Islands who take a more literal interpretation of the Bible.

The North American Division (NAD) [2], the Trans-European Division (TED) [3] and the South Pacific Division (SPD) [4] have all publicly come out against the majority vote made during the 2015 GC Session and the 2018 Annual Council’s decisions. These three Seventh-day Adventist Divisions, along with many of their subordinates have published their biased assortments of articles and letters against the duly voted teachings and policies of the church. This is creating a public spectacle in the eyes of the world.

This is an abuse of power because they are in positions of trust and influence and they are all obligated to uphold every valid teaching and policy voted by the church. Instead they have chosen to continually agitate against General Conference teachings and policies. This is called divisiveness and this movement towards resistance was something that would be seen just before the “close of time.”

Will the NAD, the TED and the SPD continue to embolden people onto the current path of disunity? Will they continue to push their new culturally sensitive values upon their subordinating unions and conferences? If these two prevailing world views can’t bridge their differences in the church, very soon we will see the global split predicted by inspiration take place.

“God will arouse His people; if other means fail, heresies will come in among them, which will sift them, separating the chaff from the wheat. The Lord calls upon all who believe His word to awake out of of sleep” (Testimonies, Vol. 5, p. 707).

If we are praying for the Latter Rain, then we need to understand that God predicted that a great split will take place just before He pours out His Holy Spirit without measure:

“The great issue so near at hand will weed out those whom God has not appointed and He will have a pure, true, sanctified ministry prepared for the latter rain” (Selected Messages, Vol. 3, p. 385).

This great split will take place just at the time of the outpouring of the Latter Rain so that all the new converts – who will actually embrace truth, not reject it – can fill the places of those who once rejoiced in the truth but have abandoned the faith:

“Some had been shaken out and left by the way. The careless and indifferent, who did not join with those who prized victory and salvation enough to perseveringly plead and agonize for it [Latter Rain], did not obtain it, and they were left behind in darkness, and their places were immediately filled by others taking hold of the truth and coming into the ranks” (Early Writings, p. 271).

“The broken ranks will be filled up by those represented by Christ as coming in at the eleventh hour…Large numbers will be admitted who in these last days hear the truth for the first time” (Letter 103, 1903).

“Company after company from the Lord’s army joined the foe and tribe after tribe from the ranks of the enemy united with the commandment-keeping people of God” (Testimonies for the Church, Vol. 8, p. 41).

One thing is certain, the liberals in the NAD, the TED and the SPD are declining very rapidly in membership numbers while the conservative Seventh-day Adventists in third-world countries are increasing at record level. [5] Is this all just a coincidence, or is this an indication of what is about to happen?

So yes, we pray for unity, prosperity, peace and for reconciliation. But we also pray for the work to be finished and for the outpouring of the Holy Spirit. But do we realize that the Holy Spirit, when He comes, He will not just give power to our message; He WILL revive the strait testimony in the church and this will help perpetuate a great split in the church.

“When the plain, straight testimony comes from lips under the moving of the Spirit of God, there are many who treat it with disdain” (Testimonies to Ministers, p. 89).

“I asked the meaning of the shaking I had seen, and was shown that it would be caused by the straight testimony called forth by the counsel of the True Witness to the Laodiceans. This will have its effect upon the heart of the receiver, and will lead him to exalt the standard and pour forth the straight truth. Some will not bear this straight testimony. They will rise up against it, and this will cause a shaking among God’s people” (Testimonies, Vol. 1, p. 181).

If the coming, global split is going to set in order the work of God then let us not fear it, let us revive the straight testimony of the true witness, let us embrace what God is getting ready to do because division, bitterness, attacks, hatred and back-biting are in the very air we breathe. Our world is split, our nation is split, our church is split and even the self-supporting ministries are split.