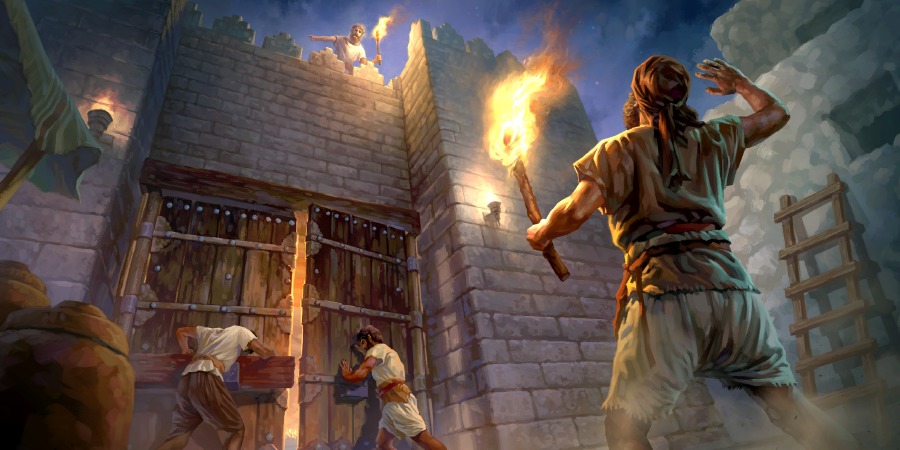 “O God, the heathen are come into thine inheritance; thy holy temple have they defiled; they have laid Jerusalem on heaps.” Psalm 79:1.

Today in the church we have too many climatologists, political scientists, sociologists, sexual revisionists, gender theorists, feminists, ecumenists and a host of other modern, culture experts. But what we need the most are watchmen. Where are the watchmen?

In biblical times the watchman’s job was to sound an alarm by either crying out or by blowing a trumpet. They were commissioned to stand on the top of the walls of the city. With the precision of an eagle’s eye, the watchman would look out into the distance to see what was coming. If any threat was seen approaching the city the watchmen would sound the alarm and warn the people. The gates of the city would be shut in order to protect the people.

“And I sought for a man among them, that should make up the hedge, and stand in the gap before me for the land, that I should not destroy it: but I found none.” Ezekiel 22:30.

I do believe that Jesus is coming again very soon. I do look for the day when the eastern sky will open and the final trumpet shall sound and the Lord will return and in the twinkling of the eye we will meet Him in the air. But what if the Lord should tarry for 5 years? What if He should tarry for another 10 years?

What kind of world are we going to live in if Christ doesn’t return soon? What will our church look like if Christ should tarry for a few more years? Just in the last 15 years alone we have seen the moral collapse and corruption of society. What else can we expect in the next few years? But the most important question is who is going to stand up for truth and righteousness?

Someone needs to speak out and warn against the prevailing iniquities. Someone needs to stand up for the house of God, for our people and for our children. Will the news media do this? Are we going to look to politicians to help us? What about the fallen churches?

Unless there is a revival in the pulpits and unless there is a revival among the watchmen and the pastors, we are in danger of losing both society and our churches. Unless the watchmen begin blowing the trumpet against real present dangers that are coming in almost daily from a godless, post-Christian culture, then we will continue seeing more and more spiritual casualties among the ranks of the church.

Make no mistake; we are in a war. While a flood of anti-biblical sentiment is sweeping both our world and church, God is calling for His watchmen to stand up and boldly declare, “Thus saith the Lord” to this generation. God tells us that there is “a time to keep silent and a time to speak” (Ecclesiastes 3:7). This is not the time to keep quiet.

The church is in danger not because of the worldly influences by a godless society – No! God’s people are in danger because the watchmen and pastors are failing to do their jobs by remaining silent when they ought to be crying! Notice the experience that the watchmen need today:

“I am pained at my very heart; my heart maketh a noise in me; I cannot hold my peace, because thou hast heard, O my soul, the sound of the trumpet, the alarm of war.” Jeremiah 4:19.

This is how the work of the third angel will end. Under the power of the Latter Rain God’s faithful watchmen will be doing two things during the closing work:

“They were impelled to zealously (1) declare the truth, and (2) the danger which threatened souls. The words which the Lord gave them they uttered, fearless of consequences, and the people were compelled to hear the warning. Thus the message of the third angel will be proclaimed” (Great Controversy, p. 606).

If the watchmen fail in the exercise of their sacred duties souls will be lost and they will have blood on their hands in the day of judgment (Ezekiel 33:6). However, if the faithful sentinels discharge their duties then souls will be saved for God’s kingdom. Not all will heed the warning but some will and we will meet those people in God’s kingdom one day.

The only hope for the church today is to see the return of the watchmen. The good news is that God will raise up individuals during this period of earth’s history to declare the much needed truths for this time and to confront the dangers facing God’s people. The only question is, “Where are they?”