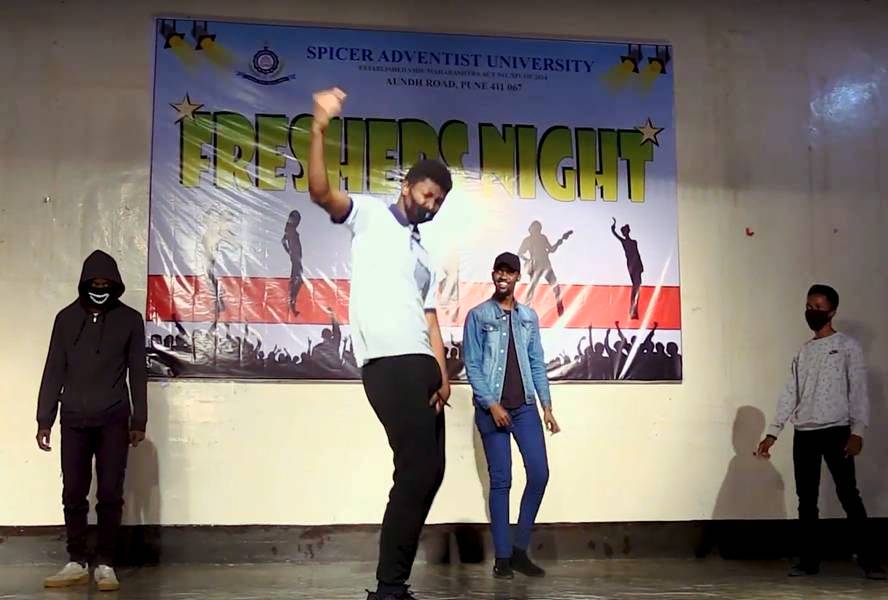 The banner reads: “Spicer Adventist University.” A student dances to rap music while grabbing his crotch during Freshers Night 2019.

When sin is ignored it will spin out of control and multiply. When error is embraced and left to flourish, it only opens the door for more dangerous heresies to come in. When we begin making excuses to accommodate worldly music, shameful dancing and pagan rituals then wrongdoing will never be dealt with and soon full-blown apostasy follows. This is true in any church, in any religious institution and with any people; Seventh-day Adventists are no exception. 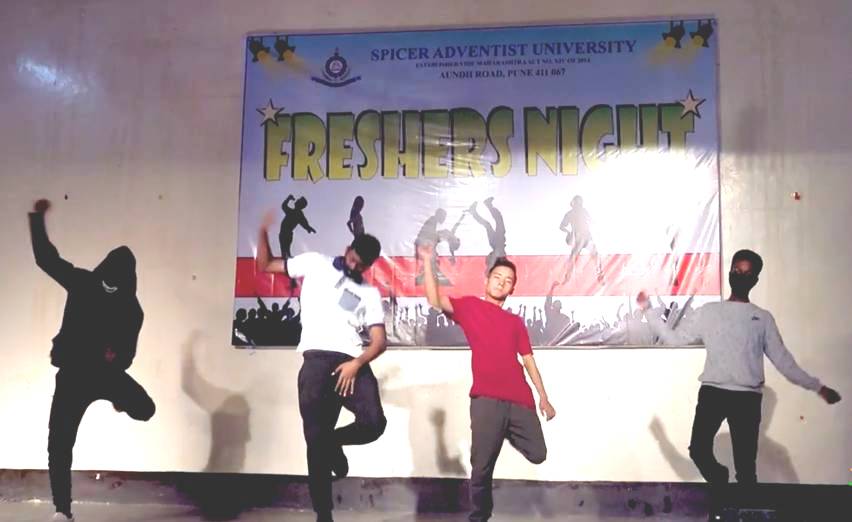 Boys with crotch problems need spiritual help, counseling and prayer. They don’t need a platform to express themselves in our schools. Where is the administration? How does this even happen? It is a common practice for worldly rappers to grab themselves during their performances, but we are talking about a Christian Seventh-day Adventist institution of higher learning. This is a place where moral principles are supposed to be upheld! Either the school has no rules or no one cares enough about enforcing them. 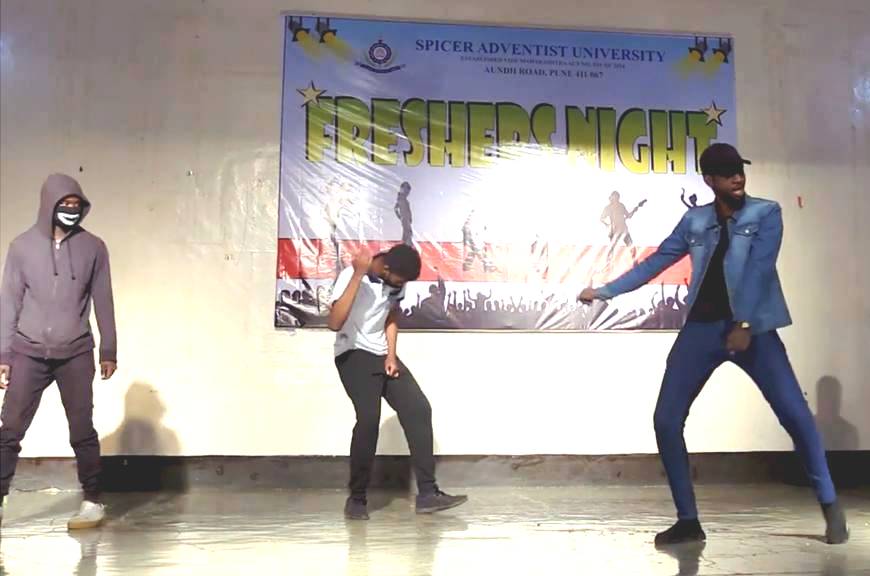 Our young people at Spicer Adventist University are being seduced and subjected to this and the school administration is responsible for providing this venue for demonic dancing. Evil spirits are coming into our schools and no one is doing anything to stop this. Where are the spiritual leaders? Are we more concerned about hurting peoples’ feelings that we would rather offend a Holy God? Is there not anyone left within Adventism who has a little righteous indignation towards this kind of corrupt display? 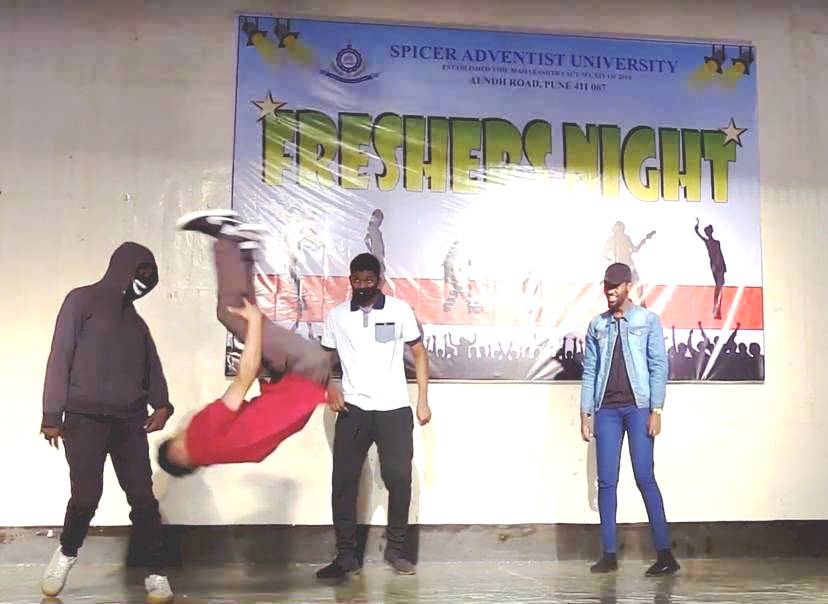 They are dancing to “non-Christian,” secular rap music during Freshers Night 2019.

This is the reason why sin and rebellion keeps getting worse and worse year after year. The watchmen are asleep. God’s warnings fall upon deaf ears. The trumpet isn’t being sounded today. And those who do know what’s going on refuse to say or do anything.

Young girls shake their bottoms while the crowd cheers them on during the ‘Freshers Night’ event.

What we see happening in Spicer Adventist University is a not an isolated incident. It’s happening everywhere. It’s happening in churches and schools all across the world. Our young people are being swept away by society’s corrupt, worldly culture and those in responsible positions are letting it happen. Some church leaders are actually guiding our youth down this destructive path. 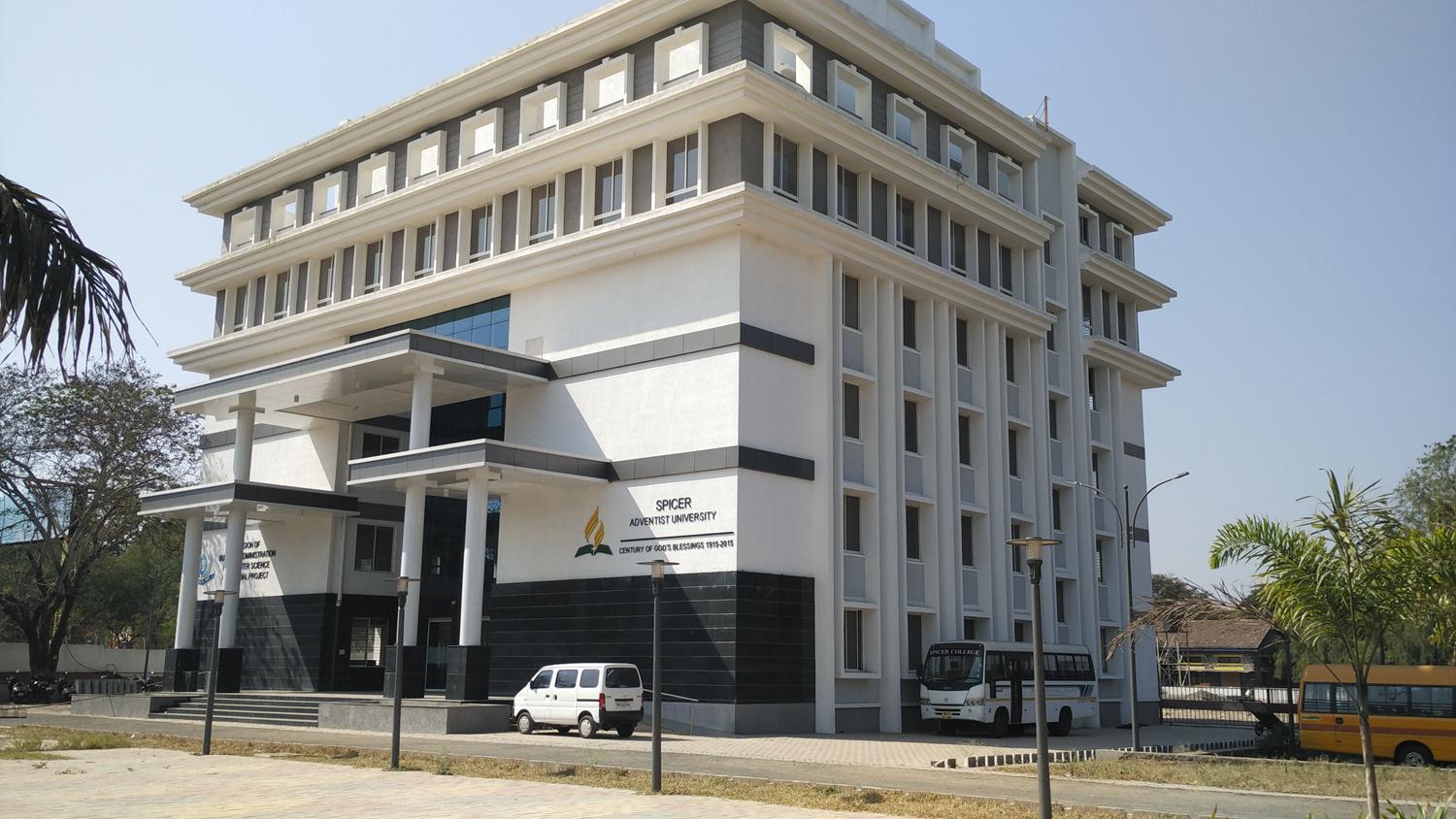 The writing on the wall says “Spicer  Adventist University.” This building is in the background during the demonic Cultural Day celebration.

Unless we repent and ask God to give us the moral fortitude to actually take real steps to stop this assault against our people – the flood-gate of apostasy will continue to sweep away all the spirituality and sacredness of the movement. 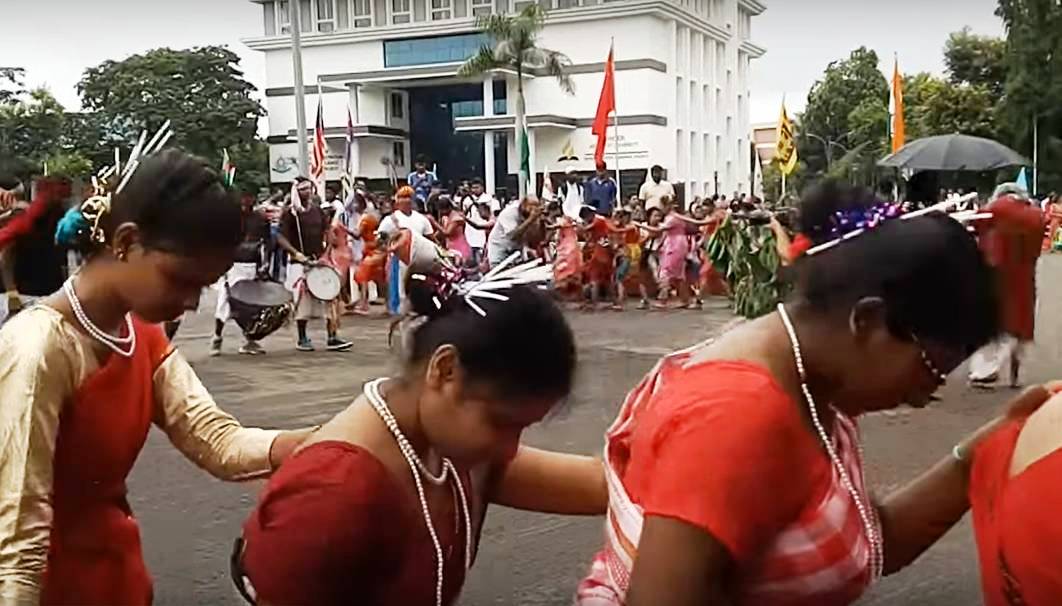 You can see this video by clicking here. If we encourage this behavior or if we make excuses for it or if we remain neutral during a time of spiritual crisis we will not receive the seal of the living God – instead we will perish in the general destruction of the wicked: 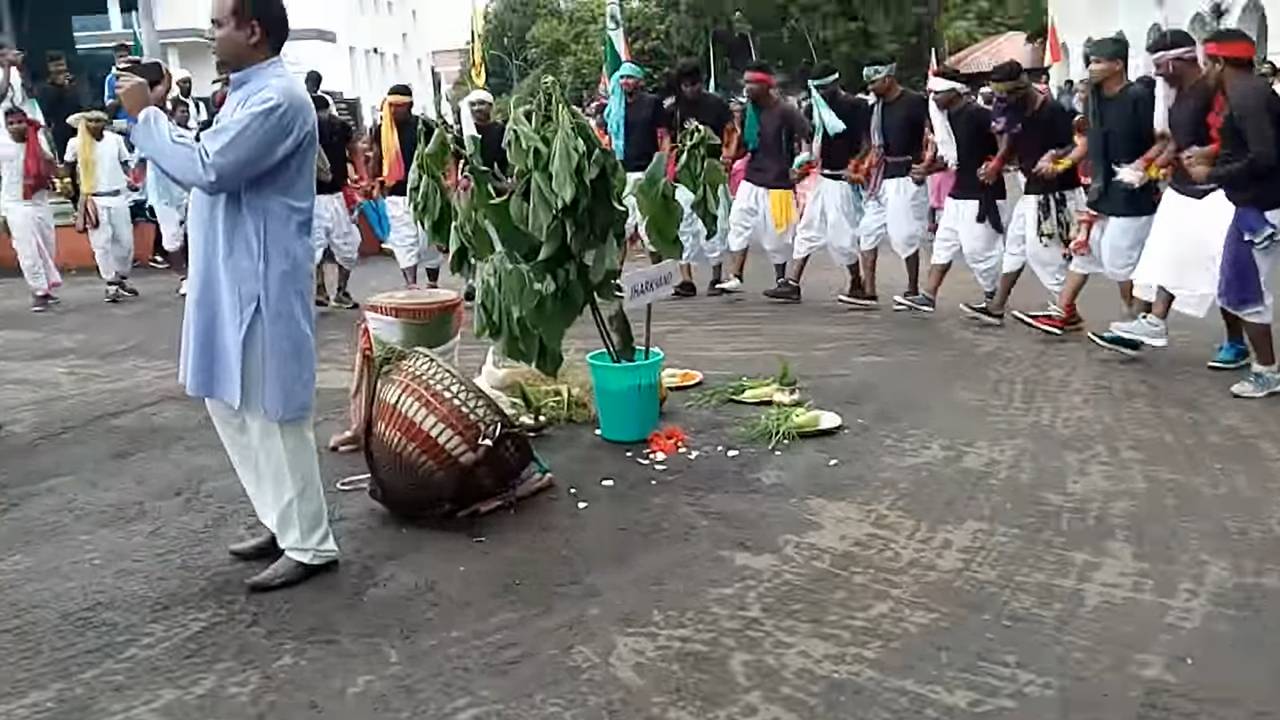 Dancing takes place around offerings of food and plants.

“Who are standing in the counsel of God at this time? Is it those who virtually excuse wrongs among the professed people of God and who murmur in their hearts, if not openly, against those who would reprove sin? Is it those who take their stand against them and sympathize with those who commit wrong? No, indeed! Unless they repent, and leave the work of Satan in oppressing those who have the burden of the work and in holding up the hands of sinners in Zion, they will never receive the mark of God’s sealing approval. They will fall in the general destruction of the wicked … Mark this point with care: Those who receive the pure mark of truth, wrought in them by the power of the Holy Ghost, represented by a mark by the man in linen, are those ‘that sigh and that cry for all the abominations that be done’ in the church. Their love for purity and the honor and glory of God is such, and they have so clear a view of the exceeding sinfulness of sin” (Testimonies, Vol. 3, p. 267). 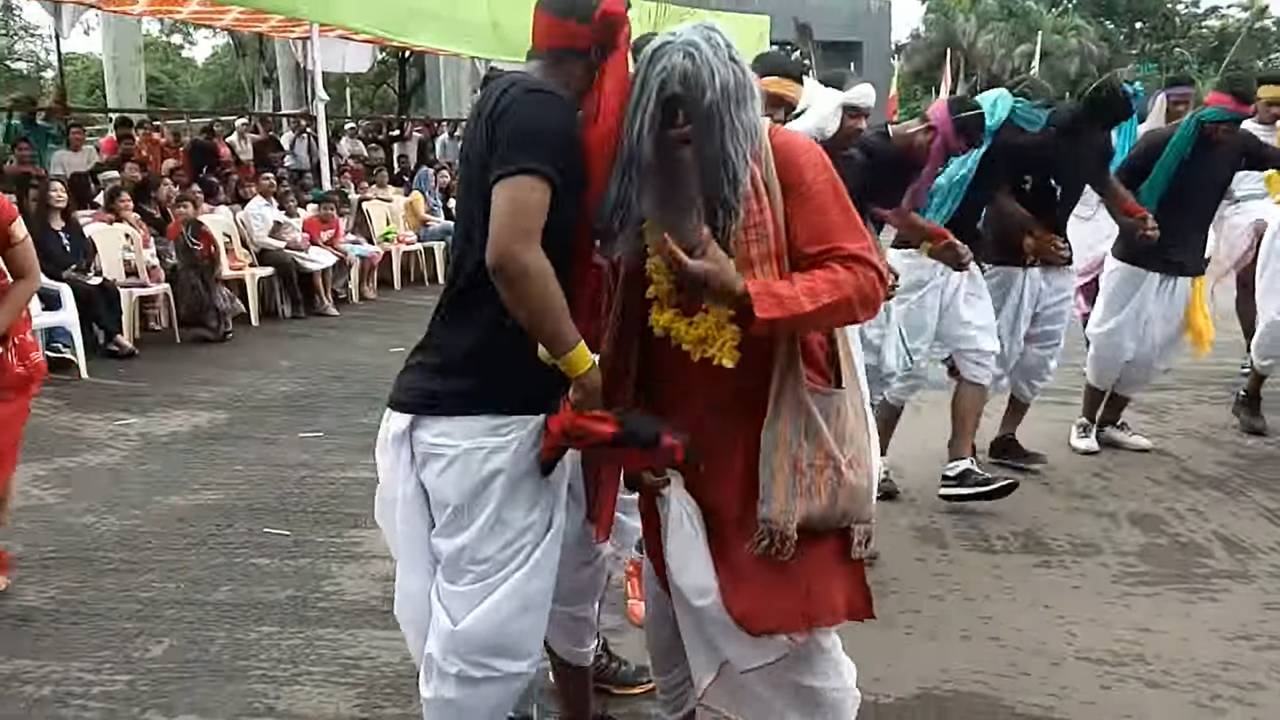 A pagan, Indian, holy “Sadhu” or “Godman.” One of many found throughout India [1] at Spicer Adventist University.

God expects action in a time of emergency. Some have forgotten that God has commanded us to remove all things from our lives and from the church that are not pleasing to Him. We have been instructed to take care of certain matters with our own hands:

“And the LORD said unto Joshua, Get thee up; wherefore liest thou thus upon thy face? Israel hath sinned, and they have also transgressed my covenant which I commanded them … neither will I be with you any more, except ye destroy the accursed from among you.” Joshua 7:10-12. 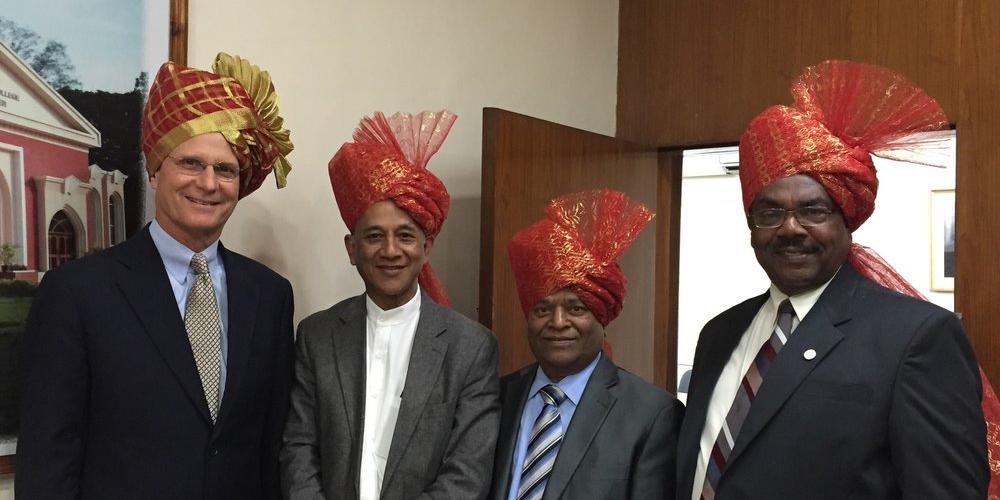 Notice Ellen White’s comment on Joshua 7:10-12. Just as Joshua had to remove the “accursed thing” from Israel, so we today must address these issues that are so blatantly and obviously wrong in the sight God, in the eyes of the holy angels and in the sight of all men:

“The plain, straight testimony must live in the church, or the curse of God will rest upon His people as surely as it did upon ancient Israel because of their sins. God holds His people, as a body, responsible for the sins existing in individuals among them. If the leaders of the church neglect to diligently search out the sins which bring the displeasure of God upon the body, they become responsible for these sins.” (Testimonies, Vol. 3, p. 269). 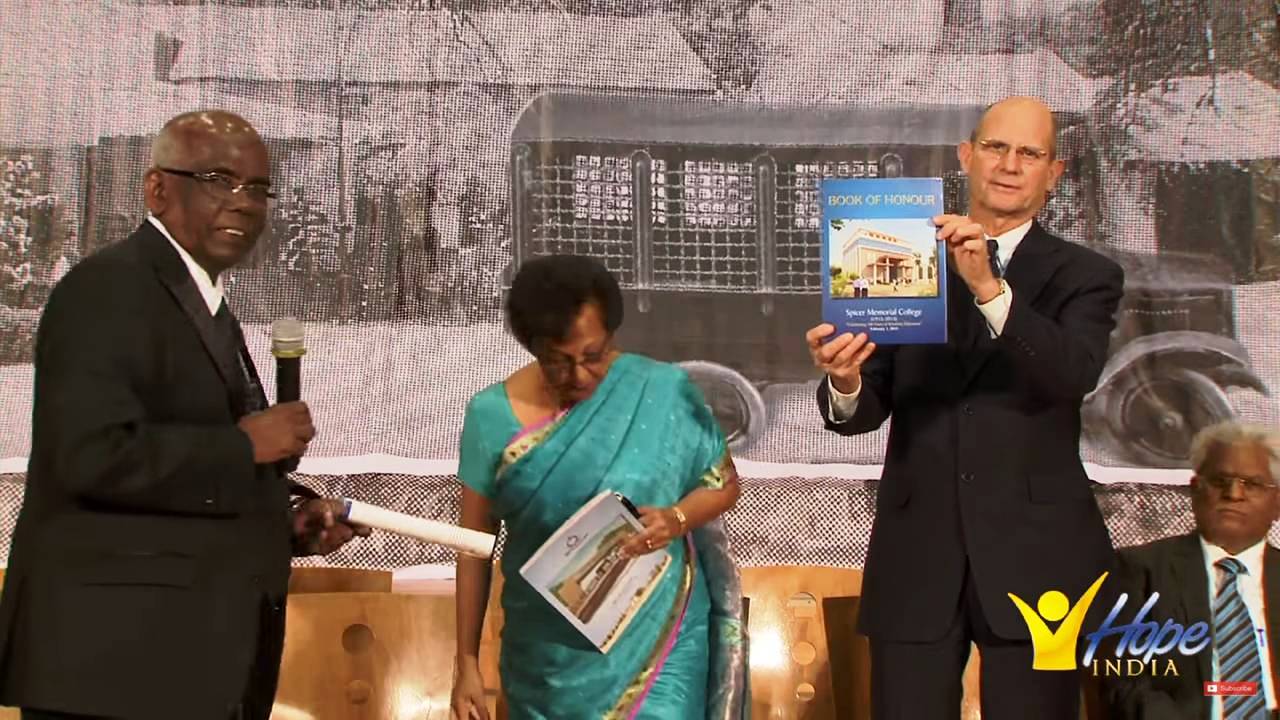 During the 100 year anniversary celebration at Spicer Adventist University, Ted Wilson held up a book called the “Book of Honor,” a tribute to this institution named after W. A. Spicer, an Adventist pioneer. If the school continues to promote demonic dancing and if no effort is made to stop these worldly/pagan events, they will need a new book called the “Book of Dishonor” because sadly this is what it has become.

“The ancient men, those to whom God had given great light and who had stood as guardians of the spiritual interests of the people, had betrayed their trust … Thus “Peace and safety” is the cry from men who will never again lift up their voice like a trumpet to show God’s people their transgressions and the house of Jacob their sins. These dumb dogs that would not bark are the ones who feel the just vengeance of an offended God” (Testimonies, Vol. 5, p. 211).

Dr. Sanjeevan Arsud is President of Spicer Adventist University. As the head of this institution he is responsible for what takes place on this Seventh-day Adventist campus. He can be contacted through the following email addresses: contact@sau.edu.in or vc@sau.edu.in