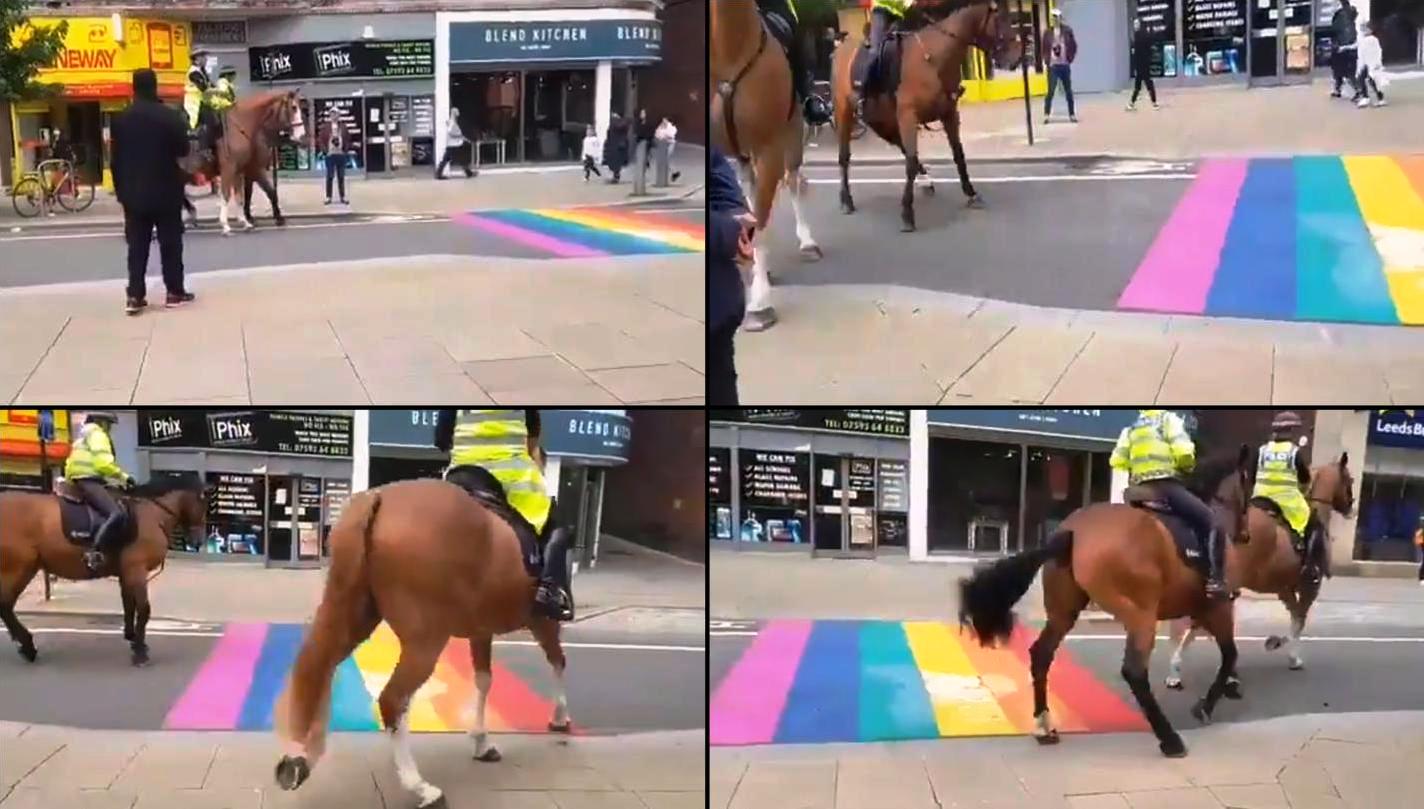 Last month we reported on how many communities, especially in Canada, are starting to charge people with hate crimes for disrespecting the special rainbow crosswalks that have been created to advance the LGBT + agenda. [1] City officials around the world are painting the colors of the rainbow on their streets as a public exhibition and re-education program to condition people to accept the gay lifestyle.

Now it turns out that police horses are refusing to bow to the LGBT+ lobby. It seems that the animals know when something is wrong even when humans can’t get things right. In the above video you will see police horses avoiding the LGBT+ crosswalks. These horses are rejecting the disastrous human constructs that go against nature.

Animals are a lot smarter than people realize. Is some cases, they are smarter than humans. In Numbers 22:23 we see that the donkey was smarter than Balaam the Prophet because it turned away from the danger (sword) that was ready to cut him and Balaam down. Fortunately for Balaam, who didn’t see anything, his life was spared by the quick actions of his donkey.

We also know that the animals in the days of Noah had enough sense to get into the Ark (including the donkeys), while the overwhelming majority of people refused. Tragically, humans were lost while the animals were saved.  God’s word tells us to consider the ant and learn from nature and be wise (Proverbs 6:6).

We stand in solidarity with police horses. Don’t charge them with a hate crime. Horses have an intelligent sense of danger and they know what to do as soon as they identify a threat. Why can’t we? Why can’t our churches? Apparently these police horses are binary (they believe in male and female), and they don’t want to be confused with rainbow unicorns.

They are horses. Don’t call them zebras, giraffes or unicorns because they are not transitioning. Don’t blame them for not wanting to touch the rainbow colors with their hooves or be corrupted with LGBT+ inventions. This is proof that horses are smarter than the sheep who blindly follow radical gay theories.