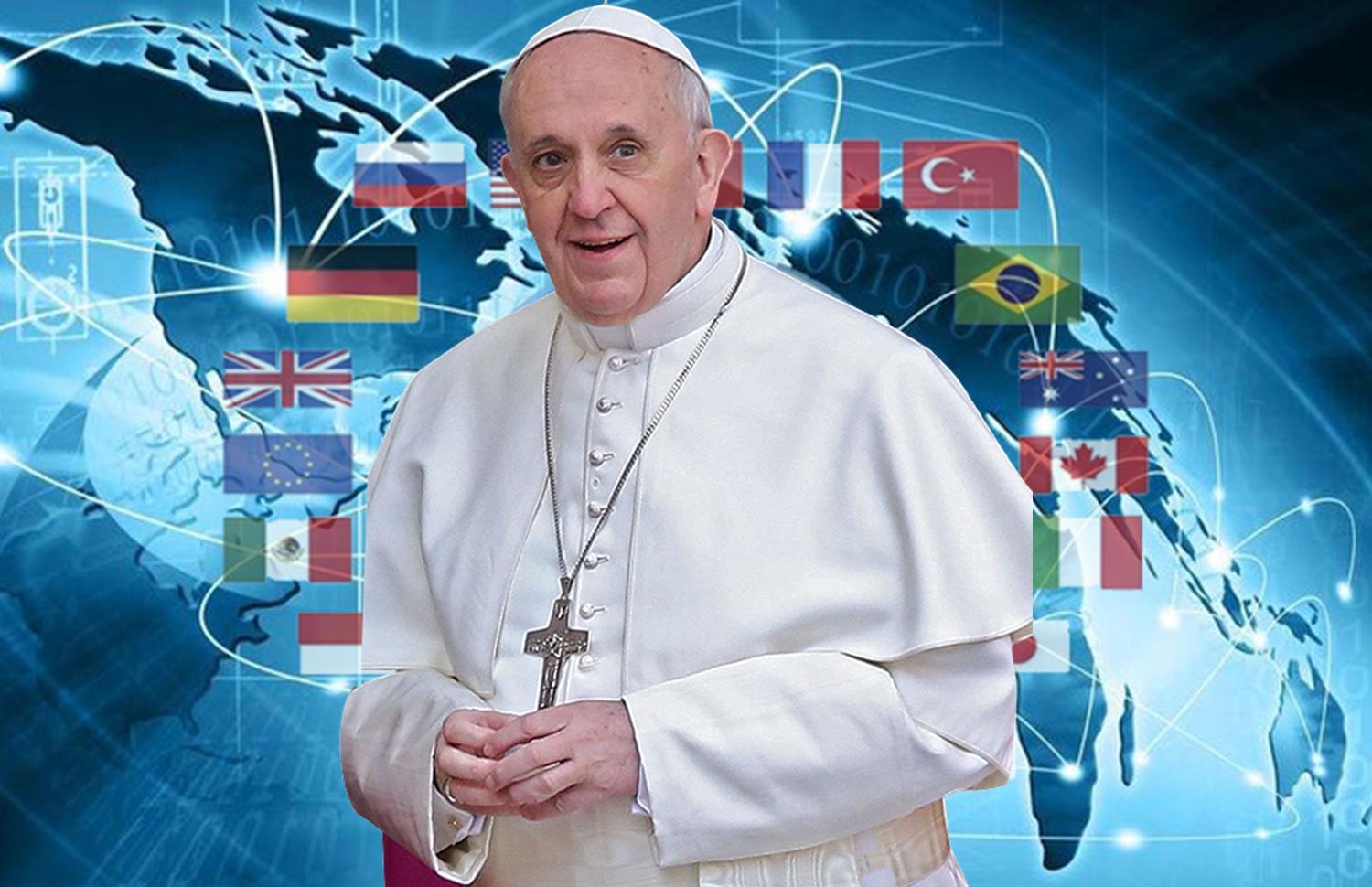 Bible prophecy describes in the book of Revelation 17 that a power would exert significant political influence over the people of the earth. These predictions can only be applied to one actor in modern history. The city of seven hills (Revelation 17:9) is none other than Rome. God’s prophetic word reveals what this woman or “church” will do in the days to come:

The phrase “merchants of the earth” describes a global economic business model that Rome would attempt to create. Bible prophecy predicted thousands of years ago that someone in the last days would unite the nations in order to control their economies. Pope Francis is arguably the most popular and influential leader in the world today, and he is radically trying to eliminate our free market capital systems by transforming our global economy into a socialist model.

On May 4, 2021, Pope Francis renewed his call to create a new modern economy because our current structure “is in crisis” and our “financial markets have never been as inflated as they are now.” In the video above, the Pope calls the current economic markets “unsustainable” and “dangerous.” He is calling for a “global change” and a different kind of economy that is more “inclusive and sustainable” and that will care for “our common home.” In the video, he says that “we still have time” to make these changes.

The Pope’s call for a fair and inclusive global financial system was made through his Worldwide Prayer Network. This is a network run by the Vatican that encourages Roman Catholics to pray for the universal mission of the church. It also serves as a communication platform to mobilize Catholics into action. This month, the Pope is not asking the entire church to pray for personal holiness, evangelism, or that the gospel can be preached in all the world; no, but he is praying for left-wing political activism and for a new financial economy because of the pandemic. He is also challenging world leaders to “regulate” their trade markets to achieve the desired results.

Pope Francis is seeking to shake things up dramatically as a politician, not a pastor. He says that the Covid-19 crisis and the effects it has brought is proof that the current free market systems must end. Many powerful globalists are using the pandemic to transform the global economy. It was these same globalists who shut down the global economy in the first place. First they closed businesses, stopped travel, ended trade, ordered lock-downs, closed churches, enforced social distancing, implemented mask mandates and tanked our economy. Now they tell us that it is time to turn everything into a socialist system. Is this just a co-incidence?

Globalists from the World Economic Forum, the United Nations and the Biden administration are seeking help and guidance from Pope Francis to lead the world into the future. Tragically, great calamities, natural disasters, pandemics, plagues, war and political strife will not stop because they are the result of transgression of God’s moral law. It is sin and lawlessness that is creating confusion and disorder. And a union of church and state to promote an immoral and secular solution is not the answer. That will only bring about more trouble and unrest. May these signs taking place today be a wake-up call, alerting us that the end is upon us and of the need to turn to Christ for the forgiveness of our sins:

“I was shown that a terrible condition of things exists in our world. The angel of mercy is folding her wings, ready to depart. Already the Lord’s restraining power is being withdrawn from the earth, and Satan is seeking to stir up the various elements in the religious world, leading men to place themselves under the training of the great deceiver, who work with all deceivableness of unrighteousness in the children of disobedience. Already the inhabitants of the earth are marshaling under the leading of the prince of darkness, and this is but the beginning of the end. The law of God is made void. We see and hear of confusion and perplexity, want and famine, earthquakes and floods; terrible outrages will be committed by men; passion, not reason, bears sway. The wrath of God is upon the inhabitants of the world, who are fast becoming as corrupt as were the inhabitants of Sodom and Gomorrah. Already fire and flood are destroying thousands of lives and the property that has been selfishly accumulated by the oppression of the poor. The Lord is soon to cut short His work and put an end to sin” (Testimonies, Vol. 8, p. 49).