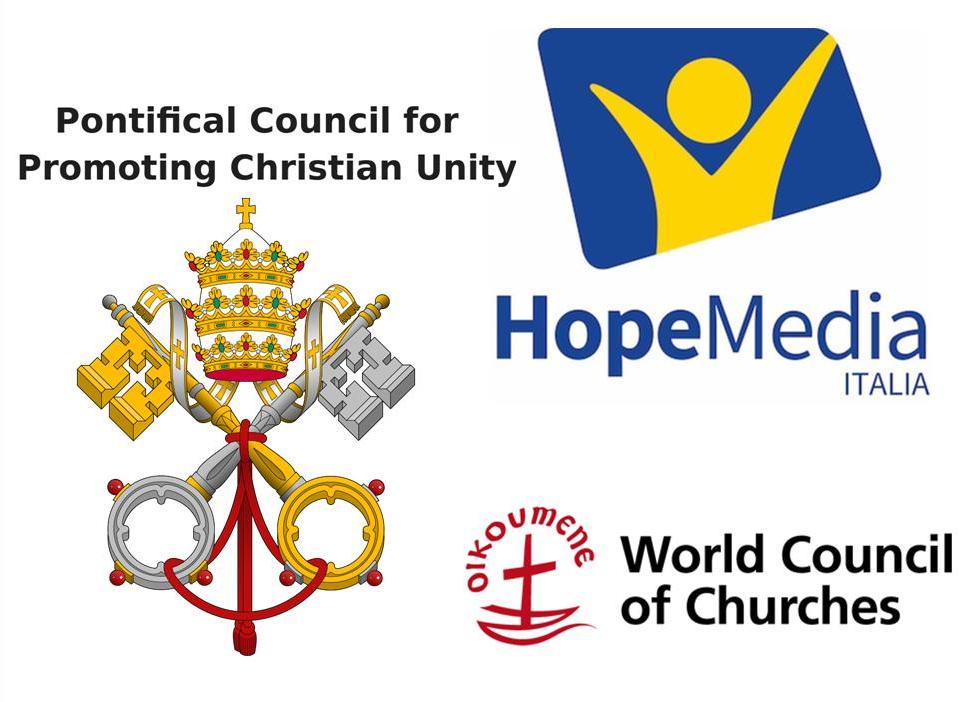 One of the distinguishing characteristics of the Papacy lies in the fact that it has always sought to conquer and rule by authority. Once that authority is restored by the healing of the deadly wound, Rome will do everything possible to preserve that supremacy by subjugating everyone else. Since the Second Vatican Council, the Papacy has succeeded in persuading the churches to return their allegiance to the Pope of Rome. It is a fulfillment of prophecy when the entire Christian world once again recognizes its spiritual and temporal power.

The Pope’s call to the churches to observe the 2021 Week of Prayer for Christian Unity is accelerating the work to “bridge the chasm between Rome and the Reformation” (Great Controversy, p. 289). The decision on the part of Seventh-day Adventists in Italy to heed Pope Francis’ call to embrace Rome and its pagan rituals was not made by just one or two Seventh-day Adventist pastors. [1] No. It was a concerted effort by Seventh-day Adventists throughout the entire country and required a lot of planning and coordination.

Hope Media Italia also participated. Hope Media Italia is owned by the Italian Union of Seventh-day Adventist Churches, which is the equivalent of the Hope Channel that we have here in the United States. There were three news sources that reported that Hope Media Italia would be broadcasting the Pope’s ecumenical meetings along with their pagan spiritualistic exercises: The Roman Catholic Diocese of Cesena-Sarsina [2], the Cesena Courier, a Roman Catholic newspaper [3], and the Cesena Today, the local news media. [4]

Both the Roman Catholic Church and the secular press published that Hope Media Italia would be the propaganda machine for Rome’s ecumenical movement during the 2021 Week of Prayer for Christian Unity. Worse still, the Roman Catholic newspaper Cesena Couriour revealed that Hope Media Italia would be broadcasting Rome’s ecumenical festivities from INSIDE a Seventh-day Adventist Church during the sacred hours of the Lord’s Sabbath, and even provided the following picture of the church. [5] 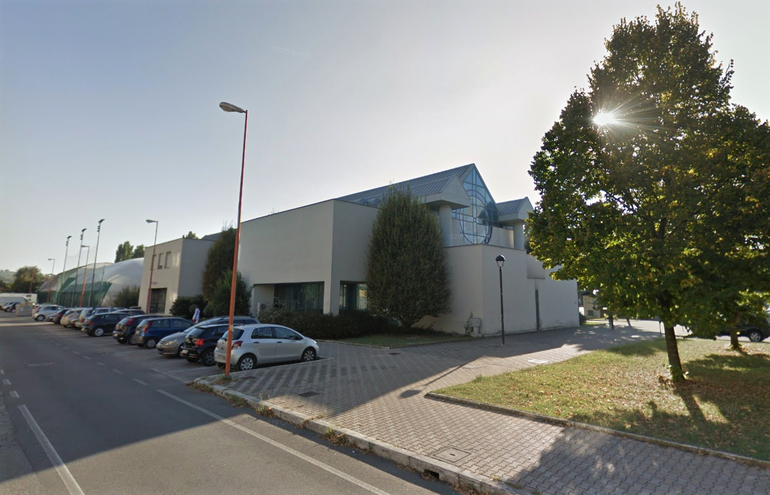 The Seventh-day Adventist Church that sponsored Rome’s ecumenical service during the Sabbath hours. [5]

This is incredible. Church-owned media is being use to give Rome free publicity and free advertisement all thanks to the Italian Union of Seventh-day Adventist Churches. The decision to broadcast these ecumenical engagements on our church-owned media will be seen as a positive step by Rome. This is helping to heal the divisions within the ecumenical family. The more we lower our standard of truth and the more we broadcast Roman Catholic services on the airwaves, the faster we will strengthen the bonds of interfaith unity and cooperation.

At every level of the church – local, national and international – there is a coordinated effort by the Seventh-day Adventist Church and Rome to engage in joint worship services, interfaith bridge-building efforts and interfaith unity. Below is a list of just some of the Seventh-day Adventist churches in Italy who have heeded the call from the Pope of Rome and participated in the multi-faith, pagan worship services called the 2021 Week of Prayer for Christian Unity:

This announcement was published by the Primavera Community of the Catholic Charismatic Renewal. They reported that the Roman Catholic Archdiocese in Cagliari, Italy will unite with the Baptist Church, the Greek Orthodox Church, the Romanian Orthodox Church and the Seventh-day Adventist Church to celebrate the 2021 Week of Prayer for Christian Unity. Notice the address. They met at a Catholic Church located on “Via San Lucifero (Lucifer) 78″ in Cagliari.

This one was published by the Roman Catholic Diocese of Livorno, Italy and says that Roman Catholics will celebrate the 2021 Week of Prayer for Christian Unity with the Orthodox, Baptists, Waldenses and Seventh-day Adventists in Livorno.

This one was published by the “Tent of Abraham, Culture and Religious Dialogue.” They reveal that Anglicans, Catholics, Seventh-day Adventists, Evangelicals, Lutherans, Waldensians, Methodists, Romanian Orthodox, Russian Orthodox and Pentecostals will be celebrating the 2021 Week of Prayer for Christian Unity in Palermo, Italy. You can see the Pope’s theme: “Abide in me and you will bear much fruit.”

This one comes from the Roman Catholic Archdiocese of Ancona-Osimo and says:

“On the occasion of the Week of Prayer for Christian Unity (January 18-25, 2021), tonight at 9 pm there will be an ecumenical prayer meeting, attended by Archbishop Angelo Spina, the Adventist pastor Gionatan Breci and the parish priest Romanian Orthodox Ionel Barbarasa. The appointment will be online and can be followed on the Archdiocese website (www.diocesi.ancona.it).”

This one comes from the San Martino Ecumenical Center in Perugia, Italy. It mentions that the Roman Catholic Archdiocese of Perugia will celebrate the 2021 Week of Prayer for Christian Unity with the Orthodox, Waldensians and Seventh-day Adventist Churches in the city of Perugia.

This one was published by the Ecumenical Movement in Florence (Firenzi), Italy. If you click on the image, you will see that on January 18, 2021 the Catholic Church, the Anglican Church and Pastor Saverio Scuccimarri of the Seventh-day Adventist Church came together to celebrate the 2021 Week of Prayer for Christian Unity in Florence, Italy.

This one comes from the Roman Catholic Parish of San Matteo and mentions at the end of the invitation that Roman Catholics, Waldensians, Baptists, Seventh-day Adventists and Orthodox will meet during the 2021 Week of Prayer for Christian Unity. The Pope’s theme is included which says: “Abide in me and you will bear much fruit.”

The Seventh-day Adventist Church in Italy is in bed with Rome. We are not talking about one or two churches. We are talking about the entire union of churches in Italy. And here is what God says about this:

“Behold, I will cast her into a bed, and them that commit adultery with her into great tribulation, except they repent of their deeds.” Revelation 2:22.

And who is responsible for this? Well, first of all, the Italian Union of Seventh-day Adventist Churches is responsible. But they alone are not at fault. The Inter-European Division and the General Conference are also responsible because they tolerate this. They allow this to happen. They do nothing to stop it. And they do not speak out.

“The church as a whole is in a degree responsible for the wrongs of its individual members because they countenance the evil in not lifting up their voice against it” (Testimonies, Vol. 4, p. 491).

“Rome never changes. She claims infallibility. It is Protestantism that will change. The adoption of liberal ideas on its part will bring it where it can clasp the hand of Catholicism” (Review and Herald, June 1, 1886).

“Whoever searches the Bible with an enlightened understanding, cannot long be in harmony with Romanism. He who searches the Bible to understand the truth, will find no authority in the word of God for the assumption of power on the part of popes and cardinals. There is no word of God that sanctions their assumed superiority or supremacy over their people … The church that holds to the word of God is irreconcilably separated from Rome … It is a backsliding church that lessens the distance between itself and the Papacy” (Signs of the Times, February 19, 1894).

It is incumbent upon Seventh-day Adventists at all levels of the church to dissolve each and every attempt to unify with Rome. Rome’s claim to supremacy in religious matters is in complete contrast and contradiction to the mission of the Remnant church described in Revelation 12:17 and 14:12, which is a commandment-keeping people. The Remnant people will have the “testimony of Jesus,” which is defined in Revelation 19:10 as the “spirit of prophecy.” They will keep the faith of Jesus and declare to the world the messages of Revelation 14 and 18. They will keep holy the day that Christ and His apostles taught and observed, the Sabbath of the Fourth Commandment of the Decalogue, Saturday, the seventh day (Luke 6:14; Acts 17:2). And they will not just keep the true seventh-day Sabbath, Saturday, they will encourage others to keep it.

But Rome refuses to keep the Bible Sabbath. Instead, it has condemned the seventh-day Sabbath and instituted Sunday, the first day of the week, at the Council of Laodicea 363–364 AD. All who keep the true day of the Lord, Saturday, have already been declared “anathema” or cursed by the Church Council at Laodicea. [6] This same Sunday tradition has been handed down to the Protestant world. And now Rome is pushing for Sunday laws to be enacted to save us during the climate crisis. How can we become one with this power that opposes God?

Instead, God’s people must work to deliver the messages of present truth for this hour and prepare people for the Sunday Law crisis that is coming. Even as the Vatican and the Protestant churches are reaching across the abyss in unity, even as the green Sunday law is gaining more public support from political leaders, we must commit to uniting with God, not Rome, to accomplish His work at this time.

“Truth, present truth, is what the people need; and if the startling transactions taking place in our country today, in regard to the Religious Amendment (Sunday Law), had been realized by our people in every church; had they seen the plain, decided fulfillment of prophecy, and aroused to the demands of the crisis, they would not now be under such stupor and deathlike slumber. But as long as the watchmen do not give the trumpet a certain sound, the people are not alarmed, and are not on the lookout for danger” (Review and Herald, December 18, 1888).