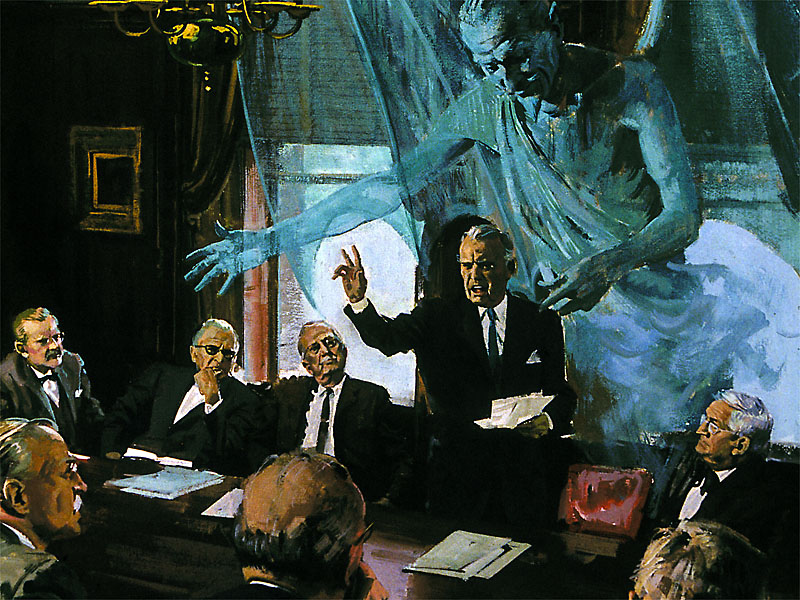 Dearly Beloved, Even when you know it’s coming, it’s HARD when you come face to face with the truth. Over the years, Loma Linda University professor Jon Paulien shared views that put him under suspicion in my mind, wondering how long it will be before his views fully express rebellion against this message that God established to continue the Reformation in a world that was rapidly decaying in justice and truth against the ascendancy of the little horn.

In my view, Dr. Paulien’s words at the Biblical Symposium on Final Events advocated the true sentiments, not only of himself, but also of our leadership in all its forms. When a person comes face to face with open heresy and does not openly rebuke it, they fall into the same condemnation. Everyone involved in organizing, supporting or publicizing that symposium is in full agreement with what was presented. What it represented was rebellion in its highest degree against the message and mission of God. If nothing was challenged by the higher leadership, they fall under the same reproach.

It is odd that there are some similarities between Dr. Jon Paulien and King Saul of the Bible, the son of Kish. Dr. Paulien is nice-looking, has personal qualities, a way of speaking and magnetic charm. We read about Saul:

“There was not among the children of Israel a goodlier person than he. 1 Samuel 9:2. Of noble and dignified bearing, in the prime of life, comely and tall, he appeared like one born to command” (Patriarchs and Prophets, p. 608).

Yet inspiration goes on to say:

“Yet with these external attractions, Saul was destitute of those higher qualities that constitute true wisdom.” (Ibid. p. 606).

Dear brothers and sisters in faith, after Dr. Paulien made his views public, I can only conclude that this same judgment passes to Dr. Jon Paulien, sad to say. I must share another similarity; it is called TYPE and ANTITYPE. The type was when:

“God had separated the Israelites from every other people, to make them His own peculiar treasure. But they desired to imitate the heathen! As the professed people of God depart from the Lord, they become ambitious for the honors of the world. Many urge that by uniting with worldlings and conforming to their customs they might exert a stronger influence over the ungodly. But all who pursue this course separate from the Source of their strength. Becoming friends of the world, they are enemies of God. (From Eternity Past, pp. 439, 440).

We can see this same scenario being played out in the Antitype of God’s church today. Actually, I cannot get this thought out of my mind. Why is it intrinsically built into the structure of the church that our pastors, once they have been appointed to a church, can teach and preach whatever heretical views they adopt, and is that okay? They still have their jobs and receive their paycheck.

There is no place on this earth, if that were done in any other workplace, they would be fired on the spot. However, the Church of God, which has and administers the gift of salvation to the human soul, can sit back and SAY NOTHING AND PUT UP WITH IT YEAR AFTER YEAR. There is something very wrong with this picture. I read in the statement above that becoming a friend of the world you become an enemy of God.

Despite the heresy we see and hear all around us, I can only say to you, beloved, the same thing I said to my wife when I became aware of this Biblical Symposium on Final Events last night, and that was this: We know that it will happen, the pen of inspiration has told us. The more our church falls into the Omega of Apostasy, the more we have to stand firm in our relationship with our Savior and the truth He has entrusted us to proclaim. “The truth must not be hid. It must not be denied or disguised, but fully avowed, and boldly proclaimed.” (2SM 369-370).  The more the bright lights go out, the more ours should shine.

Love and Blessings to all,

You can reach Robert Richardson at: ubd896@hotmail.com