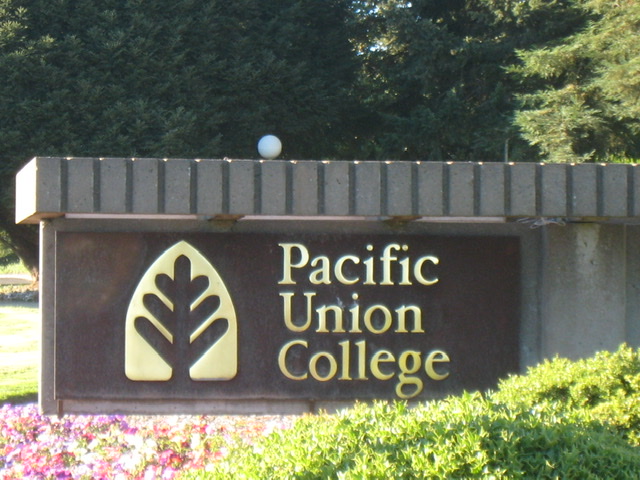 “A terrible picture of the condition of the world has been presented before me. Immorality abounds everywhere. Licentiousness is the special sin of this age. Never did vice lift its deformed head with such boldness as now. The people seem to be benumbed, and the lovers of virtue and true goodness are nearly discouraged by its boldness, strength, and prevalence. I was referred to Romans 1:18-32, as a true description of the world previous to the second appearing of Christ” (Child Guidance, p. 440).

This statement says it all. “Immorality,” “licentiousness,” “vice” and “sin” would become more bold and prevalent throughout the world just before the second coming of Christ. So what are the sins in Romans 1:18-32 which God said would define the last generation?

• “God gave them up unto vile affections: for even their women did change the natural use into that which is against nature.” Romans 1:26.

• “And likewise also the men, leaving the natural use of the woman, burned in their lust one toward another; men with men working that which is unseemly, and receiving in themselves that recompence of their error which was meet.” Romans 1:27.

• “And even as they did not like to retain God in their knowledge, God gave them over to a reprobate mind, to do those things which are not convenient.” Romans 1:28.

These verses speak specifically about homosexuality, and Ellen White predicted clearly that this sin would especially be applicable during the last days. We are seeing prophecy fulfilled before our very eyes.

In spite of this and other clear statements Bryan Ness, a biology professor at Pacific Union College, a Seventh-day Adventist institution, says that we have it all wrong. He recently published an article defending consensual homosexual relationships as part of God’s will for mankind. He also calls upon the Seventh-day Adventist Church to amend its prohibition against same-sex marriage and to embrace the LGBT+ lifestyle. [1]

Bryan Ness believes that not all homosexual behavior is bad. He teaches that homosexuality in the context of a loving, consensual, same-sex marriage is in harmony with God. This is reinterpreting the longstanding teaching of morality as found in God’s word. This is not biology, it’s social reengineering. This is an attempt to redefine not only marriage and family, but gender and sexuality. Notice what Bryan Ness writes:

“Firstly, as mentioned above, same-sex marriage is nowhere forbidden in the Bible. Our prohibition against it stems from a tradition of interpreting the Bible in a way that does not consider the vastly different culture of today. It ignores the cultural meaning of marriage in biblical times, which was focused on kinship and the need to produce descendants, to the almost total exclusion of the primary reason for marriage today, companionship.” [1]

A Theory Built Upon Sand

Professor Bryan Ness’ views on homosexuality are based on his understanding of an exceedingly rare condition called “Disorder of Sex Development” or DSDs. Disorder of Sex Development is a medical and scientific designation. This term is in the medical encyclopedias and is considered a sexual “DISORDER.” [3] Think about that. Bryan Ness is basing his defense of homosexuality on a disorder. This is not a scholarly work; this is exploiting people with a medical condition.

Not all development disorders are sexual. There are other types of physical development and growth disorders such as Down syndrome, cerebral palsy, Spina bifida, conjoined twins, Turner Syndrome, Noonan Syndrome and many other real conditions that affect so many children. All physical disorders are problems that prevent children from developing normal height, weight, sexual maturity, mental state or other features. [4]

The God-given design for humans is to be conceived either male or female – the binary “XY” and “XX” genetic markers. And DSDs are an aberration from this  biblical standard. You cannot build a theory for sexuality that is based on a rare disorder. You have to build your views upon the original standard. LGBT+ activists and their allies at Pacific Union College are working to destroy the biological and biblical understanding of God’s will for two sexes – male and female – by exploiting these aberrations in nature.

The way that confusion is spreading around the world – and now within Adventism – is by focusing on the extremely rare cases of DSDs. LGBT+ activists are exploiting DSDs for political reasons. They are trying to create a third sex that God did not create and they are doing this by focusing on sexual deformities and anomalies. Anomalies and deformities are not a third sex. These are rare, unique situations. How can anyone say mutations are good? Well, professor Bryan Ness says mutations are God’s will, including sexual mutations:

“Without mutations humans would all look alike, with the same eye color, hair color, skin color, facial shape, etc. Mutations are the basis of the nearly limitless variation observed in the human family. It is impossible to conceive of a genetic system without mutation, and if God is the architect of life and of the genetic systems that support life, He must have incorporated the process of mutation to provide the diversity needed to produce a vibrant human population … Why should genetic variation in sexual development be any different, labeling any variation that deviates from the average as somehow negative and due to the effects of sin?” [5]

Unbelievable! Professor Bryan Ness basically says, “Some have green eyes, blue eyes and brown eyes. So what’s wrong with embracing traditional marriage or same-sex marriage?” This is not an accurate comparison. This is actually a very dishonest argument. Most people with DSDs have reproductive organs that don’t look like regular reproductive organs.

It’s similar to a child who is blind or whose eyes are not like other children. Or like a child who is born with cleft lip and cleft palate. Or many of the other birth defects. Parents actually seek medical help to fix these deformities, but Bryan Ness is telling you to embrace the mutations. It’s nothing. Why? Because he and others are trying to convince you that those sexual anomalies and mutations are a third sex.

Aberrations are not a third sex. Just like a child born with a hand, ear, foot or brain mutation is not a different kind of human. It’s a social and political contruct being engeneered by LGBT+ activists. The LGBT+ movement today argues that the traditional understanding of binary – or male and female – needs to be rejected because they claim that DSDs proves a third sex.

Follow this faulty logic. Does a child born with Downs syndrome mean that we must reject regular healthy babies? Of course not. Disorders and anomalies are not proof that the original is wrong. The opposite is actually true. Millions of dollars are being spent through research to find cures for several of these disorders. But when it comes to DSDs, the LGBT+ movement is exploiting these disorders to promote their lifestyle.

A non-biased, government study reveals that 1 child born out of every 99,000 is born with some kind of DSDs. [6] This is very rare. This means that hardly anyone in the LGBT+ movement has any physical DSDs. But the LGBT+ movement would have you believe that everyone has an aberration from the “XX” and “XY” male and female genetic markers. This is simply not true. They only use DSDs to exploit and promote a social agenda.

What Bryan Ness and the LGBT+ movement is advocating is not biology or science. They are pushing “gender awareness.” They are trying to open up your imagination to a “feeling” of sexuality that is not biblical or biological. We are not born with an awareness or a feeling about being male or female. If you “feel” like the opposite sex, that doesn’t make you a third sex. You are still either a biological male or a biological female.

Notice how feelings are replacing truth and biology. In some countries we cannot call pregnant women “mothers” for fear of offending a minority of other pregnant women who “feel” that they are men. [7] The “feelings” of some is forcing the rest of society to conform to the LGBT+ lunacy. This is activism not biology. If people want to feel or imagine that they are something else, that is their business. It doesn’t bother me.

The problem is that the LGBT+ community wants to label those who don’t agree with their views as the promoters of hate. They want to pass laws to change our language so that we can’t use hate speech and hate words such as “boys” and “girls.” It will soon be a crime to call children “boys” and “girls” or to even suggest that boys are different from girls. That’s not hate. That’s not a crime. That’s biology. That’s truth. Seventh-day Adventists must reject LGBT+ activism as it rears its head in the church. We cannot be promoting myths that require us to throw common sense out the window.

The Bible teaches us that all human beings are born with a biological sex – male or female. Everyone is included here. No one is left out:

There is no third sex. Homosexuality has existed since ancient times. There have been anomalies and mutations throughout all of history. And still Paul tells us under the inspiration of the Holy Spirit that biological sex in binary – “male and female.” Human sexuality is binary for the obvious reason of reproduction. This is clear, historical, natural, biblical and self-evident. The very existence of life proves this.