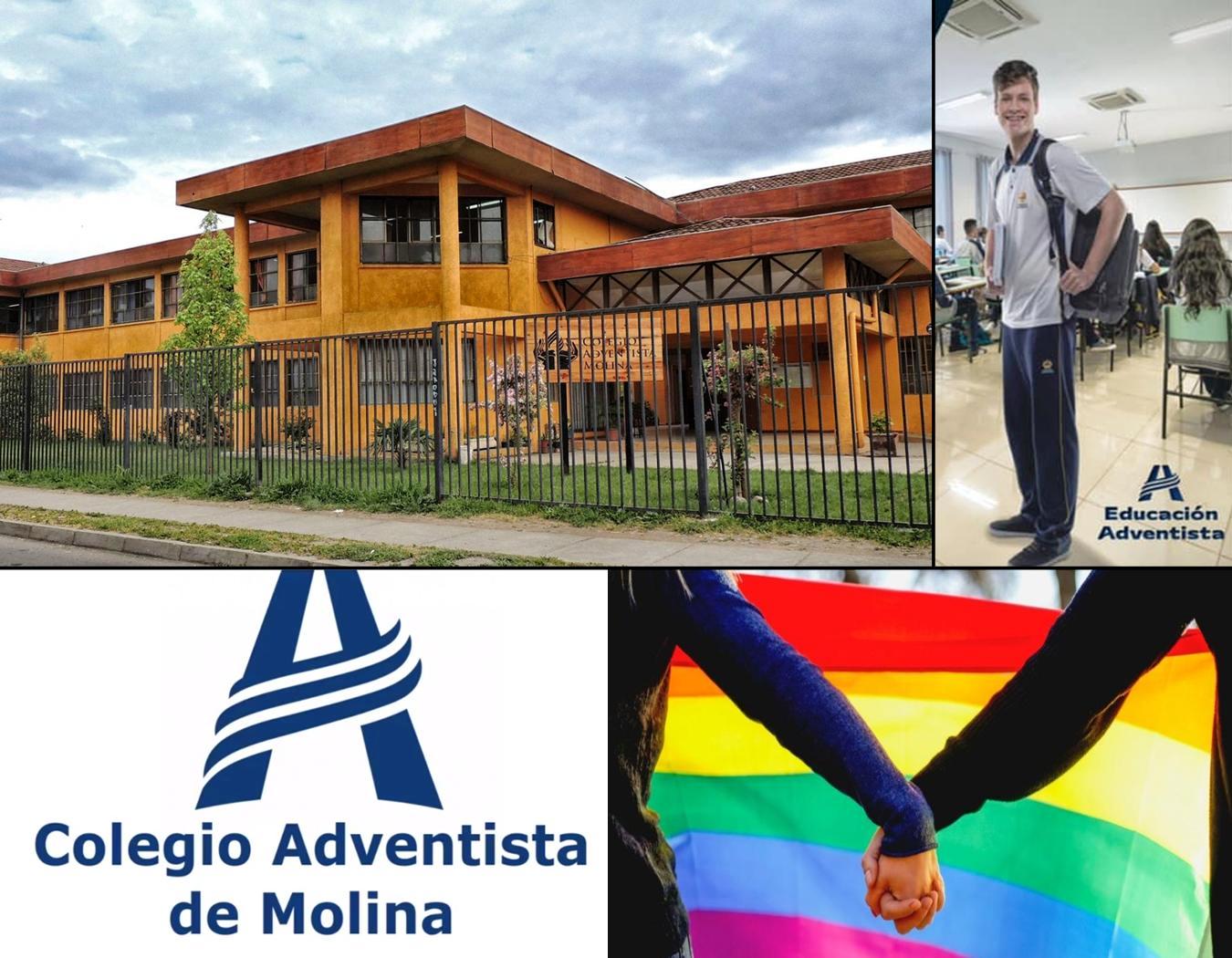 Social justice is not biblical justice. The modern movement for social justice and equity is turning our youth into a wild rebellious group of radical ideologues. The goal of these modern social justice warriors is to deconstruct, overthrow, tear apart and burn down the pillars and landmarks of our faith. Sadly, too many churches and Seventh-day Adventists have joined the revolution.

On April 15, 2021, students at the Colegio Adventista de Molina located in Maule, Chile, denounced their own school for expressing “discrimination” and “hatred” against the LGBT+ community. The students also refused to continue taking a mandatory religious course on biblical sexuality. The students contacted the Movement for Homosexual Integration and Liberation (Movilh), an LGBT+ rights organization, and a complaint has now been filed with “the Superintendent of Education, Cristián O’Ryan, so that he could investigate the complaint made by the students and punish those responsible.” [1] [2]

The Adventist institution was accused of teaching its students “hate” through a required course that included the following statements about sex:

“God created a healthy human sexuality, and homosexuality was never intended to exist. He never wanted any result of sin to be present in our life. But, since sin and temptation are realities in today’s world, we must choose to live pure and holy lives despite the temptations that come our way.” [3]

“The Bible considers homosexuality unacceptable for a Christian, although tendencies and inclinations are not sinful. However, we are all responsible for what we do with our tendencies and inclinations. From the biblical perspective it does not really matter how we arrive at a condition, tendency or inclination, but how we act when faced with it, be it alcoholism, homosexuality, drug addiction and lewd thoughts.” [3]

The LGBT+ activist group, Movihl, wrote a letter to the Seventh-day Adventist academy telling them that their views about homosexuality had no relationship with “the Bible, with religion, and even less with legislation, since they openly violate the Zamudio Law, the Law on School Violence and the Law of Educational Inclusion.” [3]

Whenever our youth begins reporting our church schools to the authorities for simply teaching the Bible, know for sure that the following words will soon come to pass: “And the brother shall deliver up the brother to death, and the father the child: and the children shall rise up against their parents, and cause them to be put to death.” Matthew 10:21.

This is the Marxist movement for social justice on full display in all its glory. These students are displaying the same rebellion that we have been observing for many years in Adventism. This student rebellion in Chile is just an extension of the resistance that we see in different divisions, unions and conferences around the world. There is an open insurrection against the clear teaching of God’s word. We are dealing with people who simply refuse to believe and obey the plain words of Scripture. And this defiance will only continue to grow as long as we have modern deconstructionists trying to erode or rewrite God’s law.

“God will arouse His people; if other means fail, heresies will come in among them, which will sift them, separating the chaff from the wheat. The Lord calls upon all who believe His word to awake out of sleep” (Testimonies, Vol. 5, p. 707).

Modern liberal progressives have a worldview that allows them to choose which parts of Scripture they want to interpret literally and which parts they believe should be understood in the context of contemporary culture and science. This is why we have modern insubordinates in Adventism openly pushing for feminism, LGBT+ inclusion and new prophetic interpretations for these last days. And they will continue to do so despite openly challenging our long-standing teachings of the faith.

These open acts of hostility against God that took place at the Colegio Adventista de Molina are causing great confusion today; and when we sow confusion, we will reap confusion. This is exactly what we are reaping now. All those who oppose our historic teachings and choose to sow seeds of doubt must clearly know on which side they are on:

“Satan is stealthily working to confuse the minds of those who know the truth by bringing in misleading sentiments and misleading examples. Unless they repent and are converted, those who are living divided lives, professedly serving the Lord but at the same time scheming to carry out their own plans—plans which retard the very work which Christ gave His life to accomplish—will be deceived by the enemy of souls” (Letter 248, 1907).