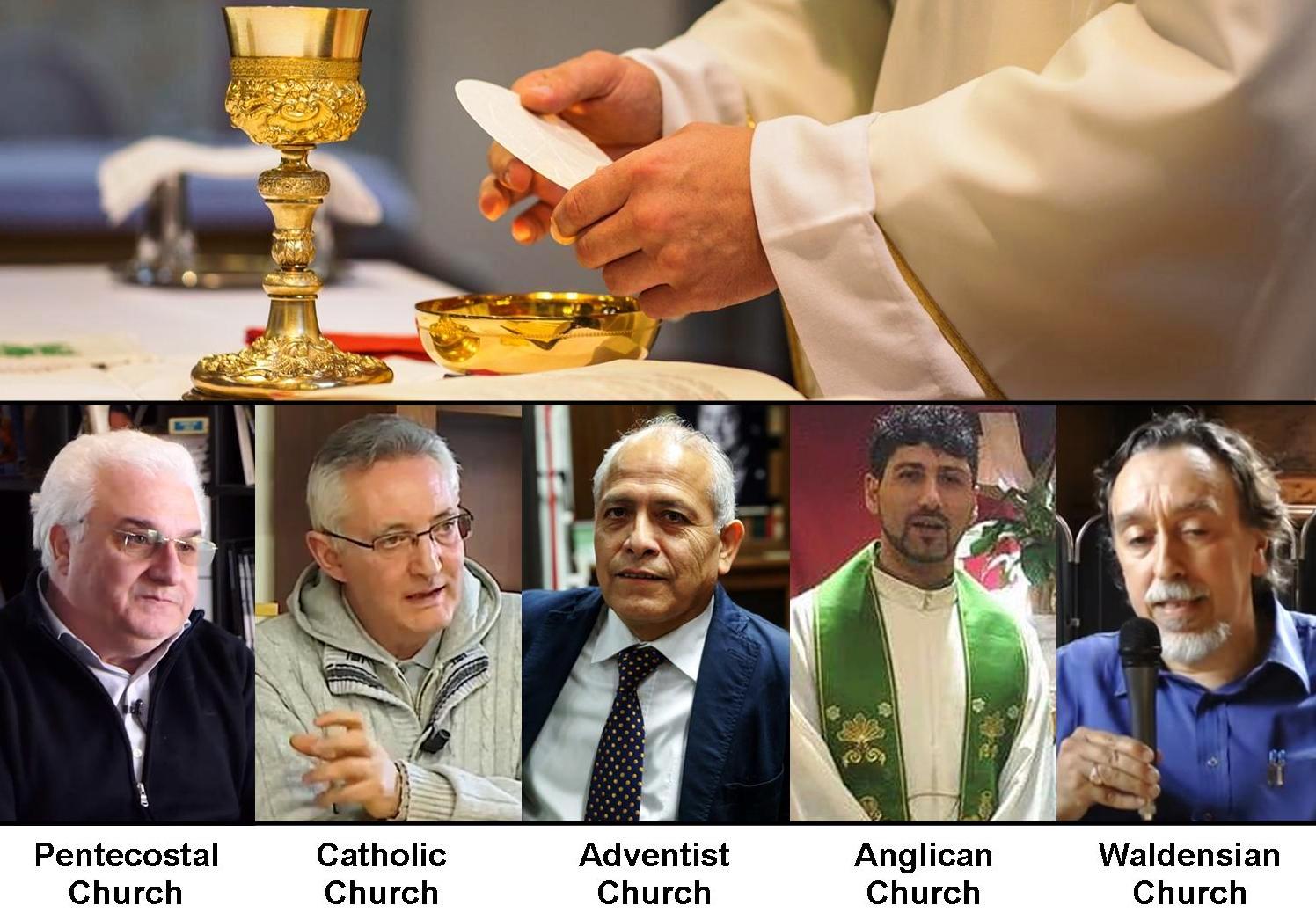 Fatal heresies are attempting to undermine the foundations of our faith. A false and misguided unity is bringing all the churches together and they are exalting Romanism (the Holy Eucharist) and ecumenism above the word of God. There is an endeavor underway in the ecumenical movement to eliminate the practice of closed communion. The “Eucharistic Hospitality” is the fruit of 60 years of ecumenism. It is a new term and a new concept not found in any ancient church practice.

It is a modern ecumenical ceremony in which the Roman Catholic Church, which does not normally offer participation in Holy Mass to non-Catholics, makes a special exception during interfaith worship services. It is an invitation to allow the non-baptized to participate in the Catholic Holy Eucharist or the Protestant Holy Communion. Roman Catholic Cardinal Kurt Koch, President of the Pontifical Council for Promoting Christian Unity, explains what exactly “Eucharistic Hospitality” is:

“Cardinal Kurt Koch explained that sharing Communion is a sign of full unity among Christians—a unity that Catholics and Lutherans have not achieved. He said that on some special occasions, such as a marriage ceremony uniting a Catholic and a Lutheran, the non-Catholic party might receive the Eucharist. But this, he said, would be a case of “Eucharistic hospitality” rather than “Eucharistic communion.” Eucharistic hospitality, he said, is offered in individual cases.” [1]

“The term ‘guest’ indicates both the one who offers hospitality and the one who receives it since both the subjects, although with different roles, are united by a superior value: hospitality. So ‘Eucharistic hospitality’ is a way of saying that we are all guests of the one Lord that gathers us and welcomes us with our differences. The Supper is of the Lord, not of the Churches.” (Facebook post).

According to Rome’s ecumenical movement, we are all invited, we are all one, we are all part of Christ; and for this reason they conclude that participation in the same Eucharistic bread and wine must be followed, and a failure to do so is a betrayal of Jesus. This is exactly what they teach in their official Eucharistic Hospitality bulletin program. The official bulletin was published by three difference sources. First by the Roman Catholic Church [4], then by a multi-religious ecumenical group [5] and finally by a Catholic lay organization. [6] Seventh-day Adventists appear on page 13 of the official Eucharistic Hospitality program. Notice the plan for the churches:

Page 3 paragraph 2: “The Lord’s Supper – Rather than opening a discourse on a possible sharing of the Lord’s Supper, it is presented as an ongoing reality (in various places, from us and elsewhere), and the invitation to share this practice is made with tones which at the same time make you feel guilty if, on top of everything, you don’t grasp it the decisive importance for the “unity” of the church. Not practicing it jointly is “a betrayal of the will of Jesus.” [4] [5] [6]

Page 3, paragraph 2: “Some, no longer considering it sufficient to live this moment of participation in the Lord’s table only within one’s own church and communities, everyone has already experienced it, I presume, within an evangelical worship and/or a Catholic mass … but which now we are asked to share also with the neighbors, who in our part are basically Catholics.” [4] [5] [6]

Page 4, paragraph 2: The church is no longer the “Body of Christ” testified by the apostle Paul in 1 Corinthians12, in which no part of the body has some prevalence over other parts, but all of them they have, in their diversity, the same honor.” [4] [5] [6]

Page 6, paragraph 1: This common belonging to the community is an important part and, my opinion, not negligible of our participation in the Lord’s table. I do not intend to take the place of anyone’s decision to participate as a “guest” in an Evangelical or Catholic church. But with equal freedom I decide that my participation in the table is possible if I feel I share the faith of those around me.” [4] [5] [6]

Now look at what it says on page 13. This is the page where the image of the representative of the Seventh-day Adventist Church is located. The ecumenical community advocates the “transgression” of our “law, norms and traditions” in order to participate in the Eucharistic table:

Page 13, paragraph 1: “I am aware that the question of Eucharistic Hospitality is not easy solution, but also that it cannot remain a dream in the drawer of the desires of those who already today feel united to Christ in a bond of peace and mutual love. We know we have reached a unity of substantial faith and that dialogue has now entered the life of the churches, although there is an institutional slowness in accepting the fundamental documents of bilateral and multilateral dialogues.” [4] [5] [6]

Page 13, paragraph 1: “There are still few obstacles to overcome, before which we can only dream of the final goal of full and visible unity. So what to do? We must resign ourselves to these situations at all? My answer is certainly no: the dialogue must continue and we must pray. In particular, we cannot resign ourselves to the obstacle of the Lord’s Supper. The Lord invites us to His supper.” [4] [5] [6]

Page 13, paragraph 1: “Therefore we are left with only one way. And here I launch a provocation: transgression is necessary, but not to challenge ecclesiastical institutions in a self-referential way. Where I feel invited and welcomed, without creating further divisions, I participate in a responsible way and in full conscience in the Eucharistic table, thus bearing witness to what Jesus taught, what Jesus lived: the overcoming of the law, of norms, traditions to proclaim the primacy of the commandment of love.” [4] [5] [6] 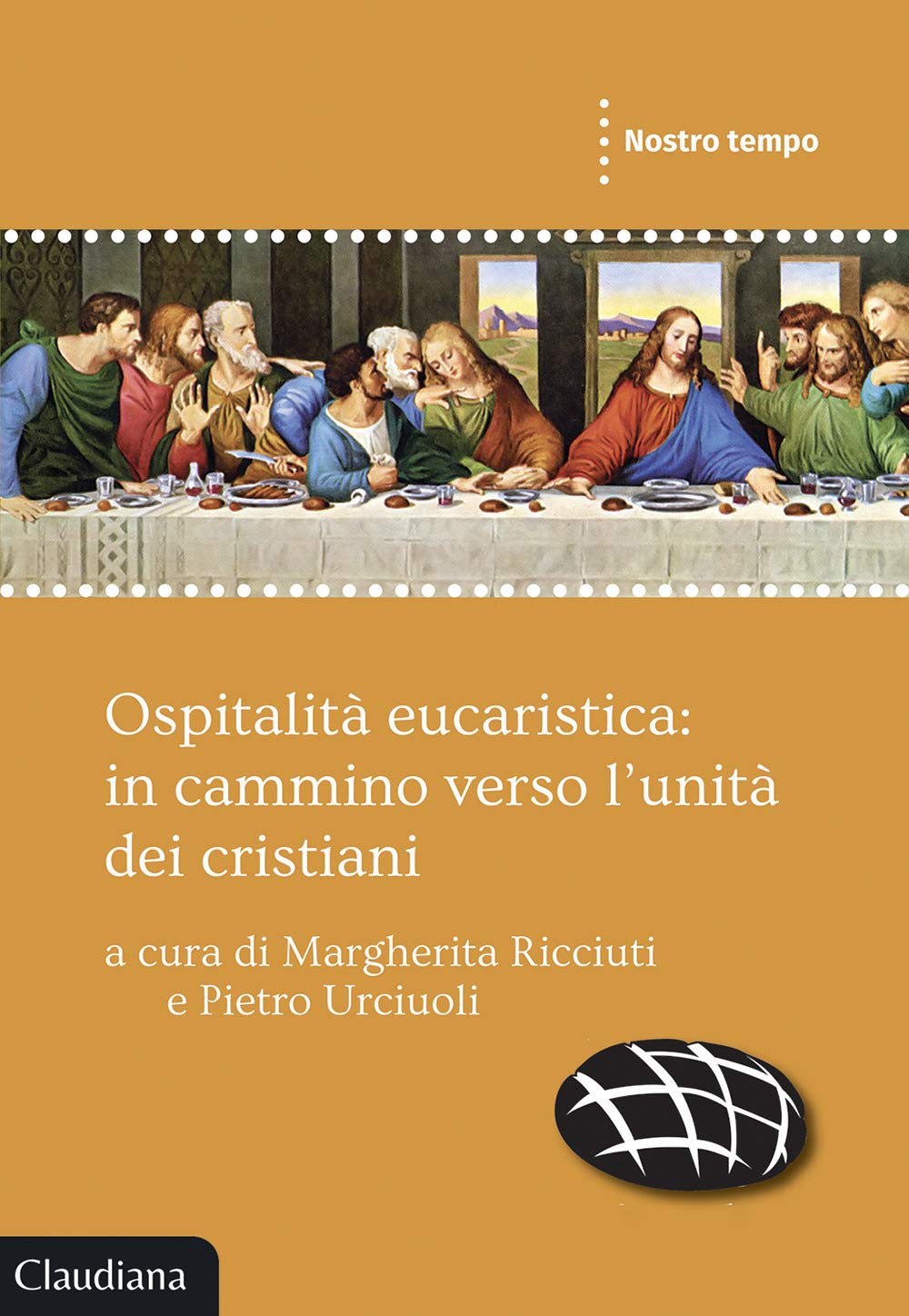 This is the book the churches in Italy are studying together. It is called “Eucharistic Hospitality: On the Way to Christian Unity.” It is co-written by a Catholic priest and a Waldensian pastor. Seventh-day Adventist Pastor Hanz Gutierrez is listed as a “contributor” to this book. He wrote Part II Section 10. [7]

Seventh-day Adventists in Italy have been participating in an effort to bring Eucharistic unity between Catholics and Protestants. “Eucharistic Hospitality” is a push for unity so that Catholics and Protestants can eat the same bread and drink the same wine as “one” at the Eucharistic table. This is theologically blasphemous. It completely disregards clear biblical teachings and undermines the long-standing practice of the Apostolic Church, the Protestant Reformation and Seventh-day Adventism. It makes baptism unnecessary, it degrades the role of discipleship and nullifies the prophetic warnings about the beast, the little horn and the antichrist.

This is unbelievable! Do you think our Protestant ancestors would have stayed or participated in these Eucharistic Hospitality events with Roman Catholics? We are talking about a Catholic mass. What about our Seventh-day Adventist pioneers? Would they have joined these events. Sadly, this is what 60 years of ecumenism have done for us. This is bringing us to Rome.

Millions of sincere Christians, including Waldensians who kept Saturday, the seventh day, gave their lives for the Apostolic/Protestant faith during the Middle Ages and during the Protestant Reformation. Why? Because they refused to bow to Rome. Are we to imagine that they died in vain? Absolutely not!

This is one of the reasons why millions of Bible-believing Christians were murdered during Rome’s Holy Inquisition. Protestants refused to worship the wafer (bread) as God Almighty. If you believed that the bread and wine only symbolized Christ’s blood and body you would have been declared by Rome to be a heretic and they would have burned you alive at the stake. That’s what Roman Catholic Canon law says – and still does!

A worldwide religious unity is being created to promote coexistence, pluralism, and diversity. At the same time biblical truth and the prophetic warnings that expose Rome are being eliminated. If you follow this apostate reasoning that justifies embracing “Eucharistic Hospitality” to its logical conclusions, we will also be breaking bread with Hindus, Buddhists, Jews, Muslims, witches, pagans, pantheists, and with the devil himself.

We, as Seventh-day Adventists, claim to be a restoration movement that will finish the work started during the Reformation by restoring the original apostolic faith. God has honored us for being the guardians and teachers of His Decalogue. This sacred trust was given to us so that we can make God’s instructions available to the world. If the world hears the word of God, it will prosper and blessings will follow. If they disobey, evil will take hold of them. This is the heart of the Three Angels’ Message.

Tragically, our people are embracing the world’s message. One by one, different leaders, including Seventh-day Adventists, are pledging to commit themselves to Rome. What about our loyalty to God? What about our allegiance to the first, second, and third angels’ message? What about our mission to defend the commandments of God and the faith of Jesus in the world?

Adventism is in a terrifying situation. Our people are being led down the road of desolation. Notice what inspiration says will happen if we continue down the road to perdition:

“If the church pursues a course similar to that of the world, they will share the same fate. Nay, rather, as they have received greater light, their punishment will be greater than that of the impenitent” (Testimonies, Vol. 5, p. 100).