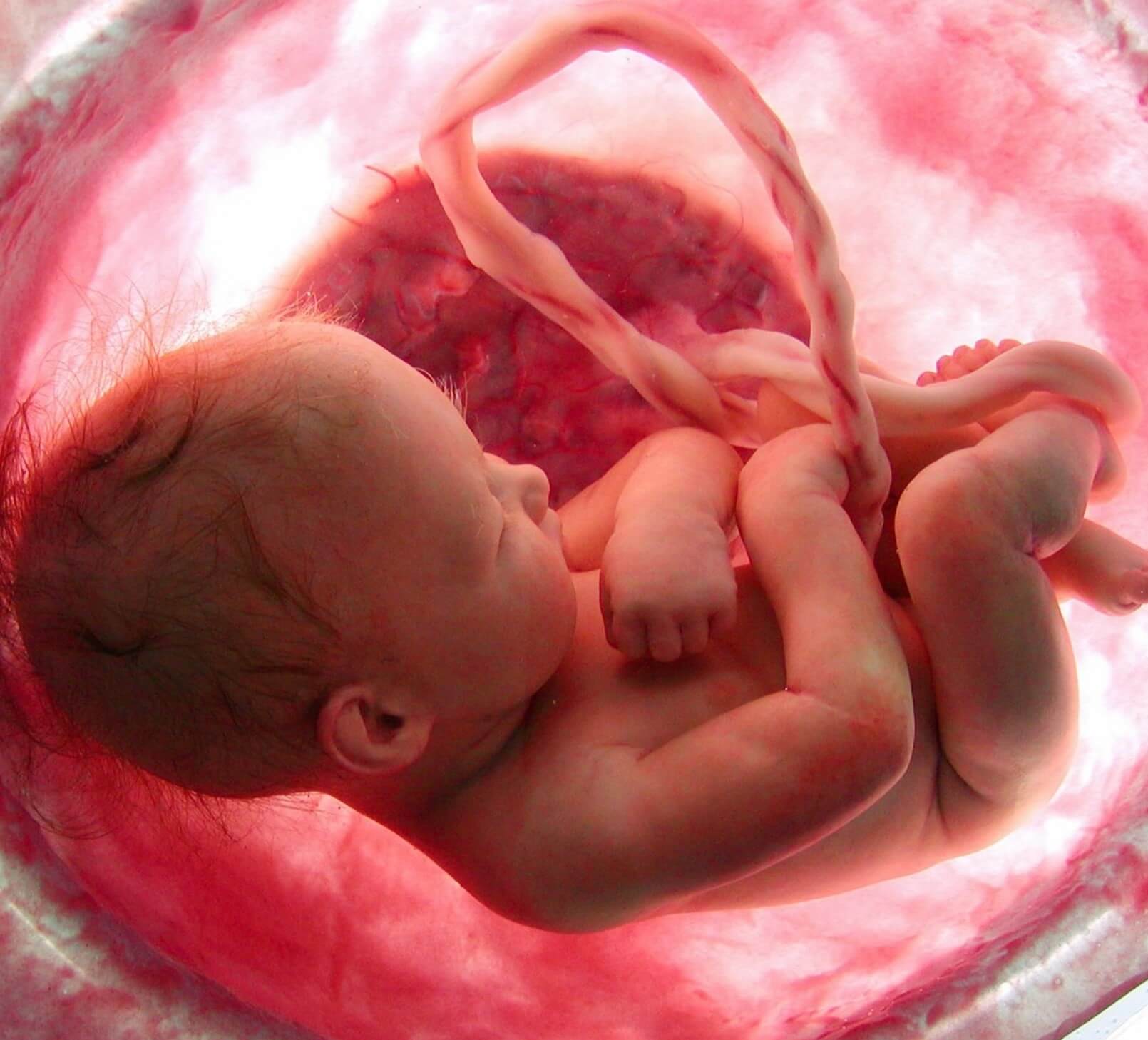 On January 22, 1973 the United States Supreme Court outlawed the states’ right to limit abortion. In a 7-2 ruling (Roe v. Wade) the Supreme Court declared abortion to be a civil right protected by the US Constitution. Since this ruling “over 3,000″ American babies are aborted every day – 1 every 30 seconds; and another “125,000 abortions” are performed daily world-wide. [1]

Never since the 1973 Roe v. Wade ruling has the subject of abortion been more hotly contested as it is today. State after state is fighting to regain their rights to protect unborn babies. Some states are banning abortions while other states are enshrining them by law. In all, around 30 states are currently debating what to do about abortion. [2]

Seventh-day Adventists used to be opposed to abortion during the earliest days of the movement. This long-standing position started changing during the 1960’s and 1970’s as the church began adopting more liberal views on “health.” [3]

Today our people have spent decades sitting on the sidelines on the abortion debate, and we have even adopted a stance on this issue that is in opposition to Biblical principles. The official Seventh-day Adventist position on abortion is a tragic failure on the part of the church to affirm that these procedures are a grave moral evil.

Our official position maintains that supposed “threats to the pregnant woman’s life,” “severe congenital defects” in the fetus, “rape” or “incest” can be reasons to justify abortion. In the end the church shifts all of the burden and responsibility on our pregnant women. Our statement says that the “final decision whether to terminate the pregnancy or not should be made by the pregnant woman.” [4]

How many women are being betrayed by abortion myths because the church is failing to affirm the sanctity of life for both the mother and her unborn child? You cannot affirm life without affirming that abortion is evil.

It’s time that we scrap our official position on abortion and get off the sidelines and speak up for those who have no voice to speak for themselves. We must speak out against the myths being used today to justify abortion – some of which are found in our “official” statement on abortion.

We cannot do whatever we want with our bodies. That is a myth being perpetuated by the abortion lobby. You cannot use your body for prostitution. Did you know that? If you think you can do whatever you want with your body, try prostituting yourself in front of a police station or in front of your local high school and see how that works out for you. After you get arrested and charged then try telling the judge that it’s your body and you can do whatever you want with it. You will learn really fast that you have bought into the abortion myth.

Those who attempt to use the argument, “It’s my body and my right,” to justify abortion should try to apply that same argument towards prostitution, illegal narcotics, lewdness, lasciviousness, obscenity and sin! You can’t justify these vices because there are real, serious consequences that will follow from both local civil law and from God’s final judgment:

“Being filled with all unrighteousness, fornication, wickedness, covetousness, maliciousness; full of envy, murder, debate, deceit, malignity; whisperers, Backbiters, haters of God, despiteful, proud, boasters, inventors of evil things, disobedient to parents, Without understanding, covenant breakers, without natural affection, implacable, unmerciful: Who knowing the judgment of God, that they which commit such things are worthy of death, not only do the same, but have pleasure in them that do them.” Romans 1:29-33.

The same deceit and subtlety that Satan used in the Garden of Eden is being used when people say, “We are not murdering a baby, we’re just aborting a fetus.” Most Americans don’t even know what the word fetus means. All they know is that this word doesn’t sound like a baby. “Fetus” is a Latin word that means a pre-born baby. To abort a fetus is to end the life of a pre-born baby.

But abortion activists will try to convince you that an unborn baby is some kind of sub-human species. This act is an attempt to de-personalize human life. To characterize a fetus as sub-human is to dehumanize the baby. In order to justify the destruction of a fetus you have to first dehumanize it.

Abortion activists argue that poverty, hungry children and underprivileged kids are forms of child abuse and abortion is the solution to eliminating these hardships. We agree that no child should have to suffer hardships but should poverty and economic hardship be a reason for allowing abortions?

If economic hardship is a justification for abortion then we can also encourage a family of 5 (two parents with 3 children) who are struggling financially to kill off some of their children to help their situation. If economic hardship is a reason for abortion then let’s start killing off the elderly so that we can save our Social Security program. That’s the same faulty human reasoning used by those who advocate for euthanasia.

We can follow the abortion myth to its logical conclusion and make the argument that people who are above 90 years old don’t contribute much to our Social Security program and they have already lived a full life – let’s start eliminating them. Then we can lower it down to those in their 80’s, then to the 70’s and then to the 60’s. It’s happened before. In Nazi Germany, cripples, invalids and the elderly were considered a waste of flesh because they couldn’t produce.

Brothers and sisters, we don’t have the authority from God to determine who can and who can’t live. God says: “Behold, all souls are mine.” Ezekiel 18:4

Suppose a pregnant mother contracted amoebic dysentery by drinking contaminated water in the Philippines. Suppose the doctors told her to terminate her pregnancy because the child was a “tumor” and not a baby. Suppose the doctors also told her that even if the child lived it would be sick, malnourished and never amount to anything. Well, this did happen and the mother refused to follower the advice from her doctors. [5] [6]

That poor sickly child destined to a horrible life is now a 6 foot 3 inch, 230 pound, NCAA Football super star champion, Heisman Trophy winner, former NFL player and current minor-league baseball player called Tim Tebow. We don’t have the authority to stand in the place of God and determine what life is worth saving or not. Which of us can play God?

Do we really believe that defective people can be put to death? If that’s the case then a lot of us who are alive are in big trouble. How many people suffer from heart problems, mental health issues, substance abuse, back problems, knee problems, hip problems and a host of other ailments?

It was Hitler who promoted forced abortions on the “so-called undesirable.” Hitler also promoted “euthanasia” on those who were “unfit.” [7] Nazi Germany first started with abortion, then they moved up to killing the handicap, then the elderly and then finally the Jews. Hitler believed that defective people or “special needs” people were a burden upon society and a hindrance to the development of the perfect race he was attempting to create.

On the other hand, God places value and worth on special needs people, and we have no right to destroy that which God will very soon restore:

“Strengthen the weak hands, And make firm the feeble knees, Say to those who are fearful-hearted, ‘Be strong, do not fear! Behold, your God will come with vengeance, With the recompense of God; He will come and save you.’ Then the eyes of the blind shall be opened, And the ears of the deaf shall be unstopped. Then the lame shall leap like a deer, And the tongue of the dumb sing.” Isaiah 35:3-6.

99.9% of abortions have nothing to do with rape or incest. According to a report by the USA Today that recently came out we are told that: “Rape and incest account for hardly any abortions.” [8] But sadly the “rape and incest” arguments for abortion get all the focus and attention in the national abortion debate. Amazing!

“Just 1% of women obtain an abortion because they became pregnant through rape, and less than 0.5% do so because of incest,” the report continues to say. [8] But I believe that even these numbers, 1% and 0.5%, are inflated because abortion procedures, which are costly, become free as soon as any pregnant woman says that rape or incest was involved. [9]

Abortion Myth #6 – The Life of the Mother

During a late term abortion procedure, called partial birth abortion, the whole baby is brought out in reverse. The feet are brought out first and then the entire baby is brought out – with only the top half of the head still left inside the womb. If you pull the baby out just two more inches you’ll  have a full-grown baby and an American citizen with constitutional rights – made in the image of God.

But they leave half of the baby’s head inside the womb on purpose. It’s at this stage that the baby is killed, removed from the womb and discarded. How does this save the life of the mother? There is absolutely no logical reason to kill any baby at this point in order to save the mother’s life.

You may say, “No, this can’t be happening in America.” It is happening and this must be stopped. This cannot continue. If God judged the Canaanite nations and cast them out of the land for this abomination (Leviticus 18:22, 24, 25) then He cannot, as a just God, continue to allow America to do what we are doing for much longer.

However, there are high risk pregnancies that can affect the mother’s health. These pregnancies require vigilance and monitoring and weekly check ups, blood tests and urine tests. High risk pregnancies are treatable when detected early, when closely monitored, when the mother follows the doctor’s orders and when the mother has the moral support of friends and family. If necessary labor can be induced before full term or a C-section may be the solution to go in and take the baby out saving both the mother and child.

Unborn babies can’t speak for themselves or much less defend themselves. That is why we are reminded in Ecclesiastes 3:7, that there is “a time to keep silent, and a time to speak.” The time for silence is over. It is utterly imperative that the end-time, commandment-keeping church speak up and speak out! Can we really stand by idle as the law of God is being made of none effect in our generation?

The silence by Seventh-day Adventist leaders is incomprehensible because we are talking about 125,000 babies being aborted world-wide every day. Can we really preach the gospel, open food pantries, minister to the sick, feed the hungry, clothe the naked and yet ignore one of the greatest abuses in the history of the world? Are we really going to continue living in a bubble far removed from the slaughter of the innocents taking place in our generation?

Human life is not a mishap and you and I are no accident. The Bible says that we are fearfully and wonderfully made (Psalm 139:14). We were created in the very image of God so that we can be in a special relationship with Him.

God thinks so much of us that He sent Jesus to pay for our sins so that all, every child and every adult, can be saved. All life is special to Him. God loves and values us and He desires to spend the ceaseless ages of eternity with those who turn to Him. Why? Because He is the God of all flesh, including the unborn.