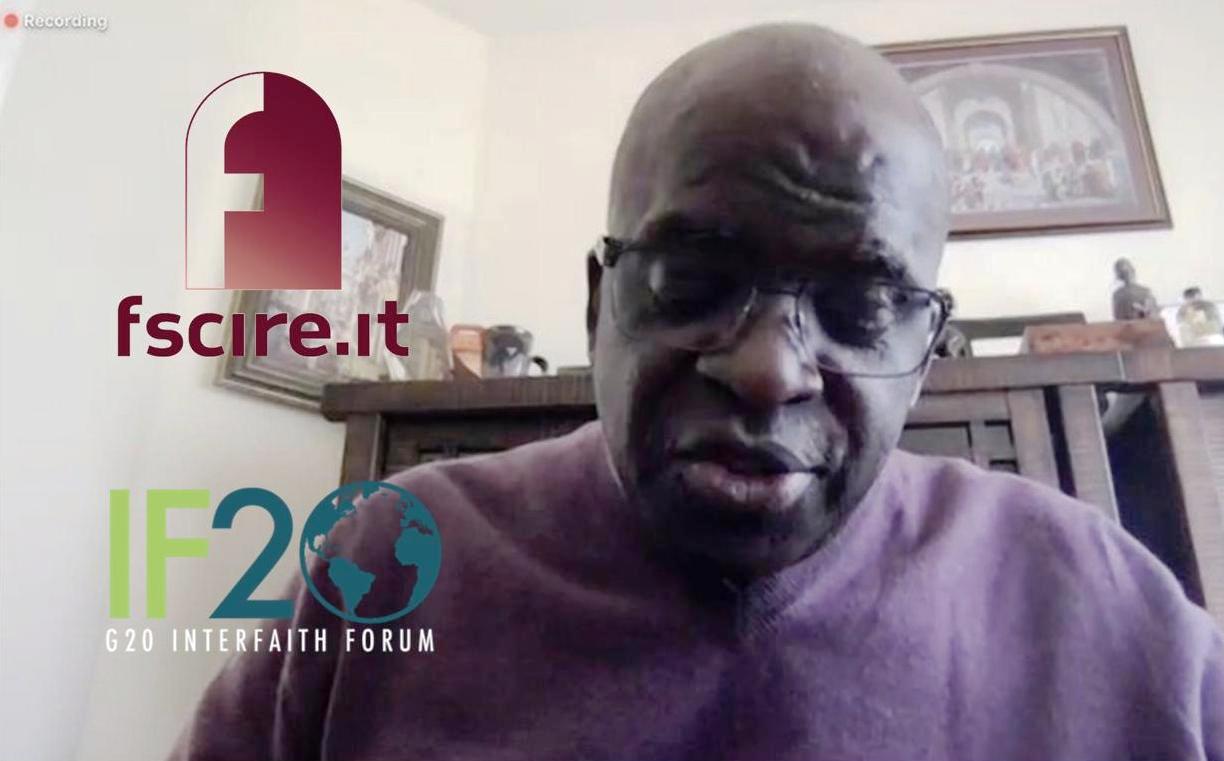 The church is replacing the Gospel of Mark with the Gospel of Marx. Ganoune Diop has become a spokesperson for radical, leftist and ecumenical groups. He is now leading the way in various webinars and working groups to align the different revolutionary causes that are driving secular theories and propaganda.

"#Racism is a cross-cutting issue for the IF20 and the @g20 comprehensively. This unique space could not be neglected. It is a place of essential reconciliation and restoration."@GanouneDiop, Head of the @IF20AntiRacism Initiative pic.twitter.com/BPEwMLCwoi

On March 29, 2021, Ganoune Diop led a webinar called “First People, First Racism” co-sponsored by the G20 Interfaith Forum, an organization promoting Rome’s ecumenism (Fratelli Tutti) and environmentalism (Laudato Si’); and FSCIRE (Fondazione per le Scienze Religiose Giovanni XXIII). This second organization is the Pope John XXIII Foundation for the Religious Sciences, a group dedicated to promoting the principles of Vatican II. [1] In the photo above, you will see the logos of the two organizations sponsoring the webinar.

At the beginning of the video above, Ganoune Diop, director of religious liberty at the General Conference of Seventh-day Adventists, opened the meeting with the following words:

“On behalf of the antiracism initiative group, working in the context of the G20 Interfaith Forum, we are honored and humbled to welcome each one of you, especially our distinguished panelist. … Racism is a cross cutting issue for the IF20 and the G20 comprehensively, especially in the G20’s pursuit of full compliance with the UN Sustainable Development Goals” (YouTube Video).

Welcome to the new “woke” General Conference. We are jumping on the leftist bandwagon and aligning ourselves with secular and religious movements to advance the causes of the United Nations and the Vatican. So is this why Ganoune Diop has no time to stand up for faithful Adventists who are being harassed, intimidated, oppressed and denounced for simply sharing our faith about the Seventh-day Sabbath to the public? [2] [3] Is he too busy joining with worldly organizations that are seeking the destruction of the Three Angels’ Messages?

What in the world is going on in the General Conference? What in God’s name are they doing? They give lip service about sharing the Three Angels’ Messages [4], but actions speak louder than words. Or is the church only “talking” about the Three Angels’ Messages for fundraising purposes just because they are hemorrhaging financially due to the large decline in church attendance, as reported by Adventist Today? [5]

Just take a minute and do a Google search and look at these organizations that the General Conference is aligned with. They are rabidly in favor of abortion. They are pro-feminism. They are pro-LGBT+. They defend everything that God is against. We are supposed to believe in Sola Scriptura and the infallibility of the Word. We are supposed to be preparing people for the coming of the Lord by proclaiming Revelation 14. What has happened? When did we lose this conviction? When did some surrender to a reprobate mind? When did we lose our soul?

How can General Conference leaders lead webinars for organizations that deny the Bible, scoff at God’s commandments and reject biblical marriage, biblical sexuality and the biblical family? You who claim to be leaders, how can you stand in solidarity with those who despise God and His final warning message from Revelation 14? Have we become so blind that we cannot see this conflict? Do we no longer fear God? Don’t we read the Bible anymore?

The world’s broken ideals are neither godly nor Christian nor will they bring any solution. Any pastor who suggests otherwise is diminishing the image of God and rejecting the gospel of Christ. Our cooperation in spreading lies, especially the falsehoods of racial intersectionality, gender dysphoria, and other radical theories, is sinful.

Why don’t these men tell others to “be born again,” as our Master Jesus Christ did? Why aren’t we telling people that once they are in Christ, they are a new creature and old things pass away? Unfortunately, it is because we bow to leftist revolutionaries instead of bowing to Christ. We submit to man instead of God. We are assigning blame instead of calling for repentance. We are pushing conflict instead of confession.

Secular solutions to our problems will always fail; the everlasting gospel of Jesus Christ will not. The desire to help is always good, but the answer must be found in God’s word and must be rooted in reality. Sadly, a secular worldview has crept into the church and our people are parroting the popular theories of the time. This is diminishing our true mission and message. For too long, we have tried to win people over with vague words, kindness, virtue signaling and a constant fear of offending someone. This is not how God’s work will close: