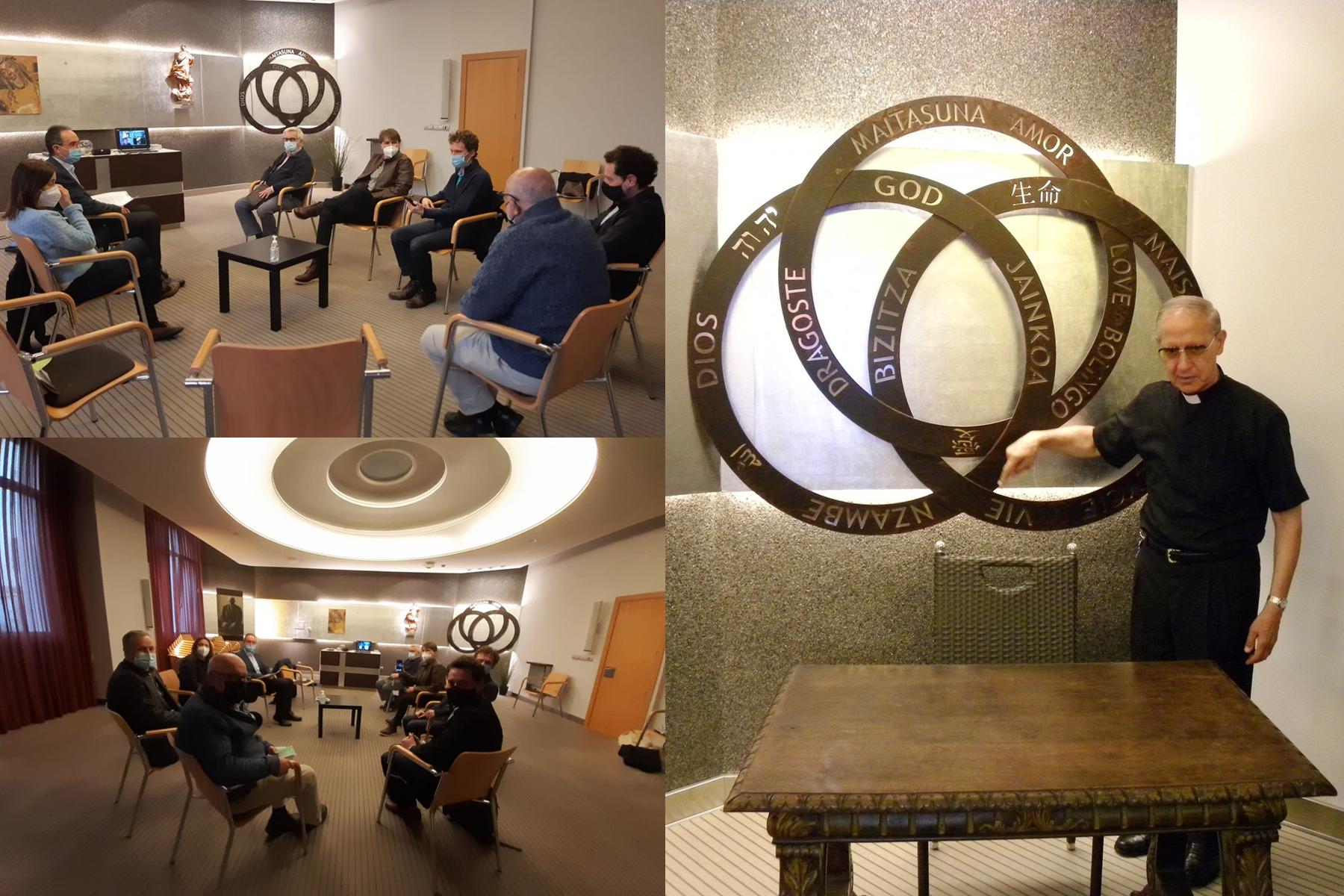 Jesuits in Spain have joined Seventh-day Adventists and other religions in a series of interfaith engagements that will take place every three months. The first round of meetings for the “New Inter-religious Space” already took place on March 5, 2021 in the “Arrupe Extea Chapel,” a Jesuit chapel named after Pedro Arrupe, the 28th Superior General of the Jesuits (Black Pope). Participants in these new quarterly ecumenical gatherings include Jesuits, Seventh-day Adventists, Evangelicals, Atheists, Mormons, Muslims, and Baha’is. This news was published by the Ignacio Ellacuría Social Foundation, a Jesuit-run organization named after the Jesuit priest Ignacio Ellacuría. [1]

“NEW INTERRELIGIOUS SPACE – On Thursday, March 5, a new interfaith space began in Bilbao (Spain). In the Arrupe Etxea chapel, were representatives of the Bahá’í Faith, the Evangelical Council of the Basque Country, the Seventh-day Adventist Church, the German Evangelical Church, the Church of Jesus Christ of Latter-day Saints, Islam, Agnosticism and Ellacuría Foundation (Jesuits). The meetings will be quarterly and the next one will be in May at the Adventist church.” (Facebook post).

What is also of interest is that the Ignacio Ellacuría Social Foundation, an organization affiliated with the Society of Jesus and the Society of Mary [2], has an ecumenical initiative called “DIAR” that promotes dialogue, relationships, acceptance and respect among all religions. [3] The Ignacio Ellacuría Social Foundation also has a “TOWER OF BABEL” initiative that promotes “a safe space for self-sufficiency, collective and individual empowerment, social participation, joint responsibility and claim”. [4] 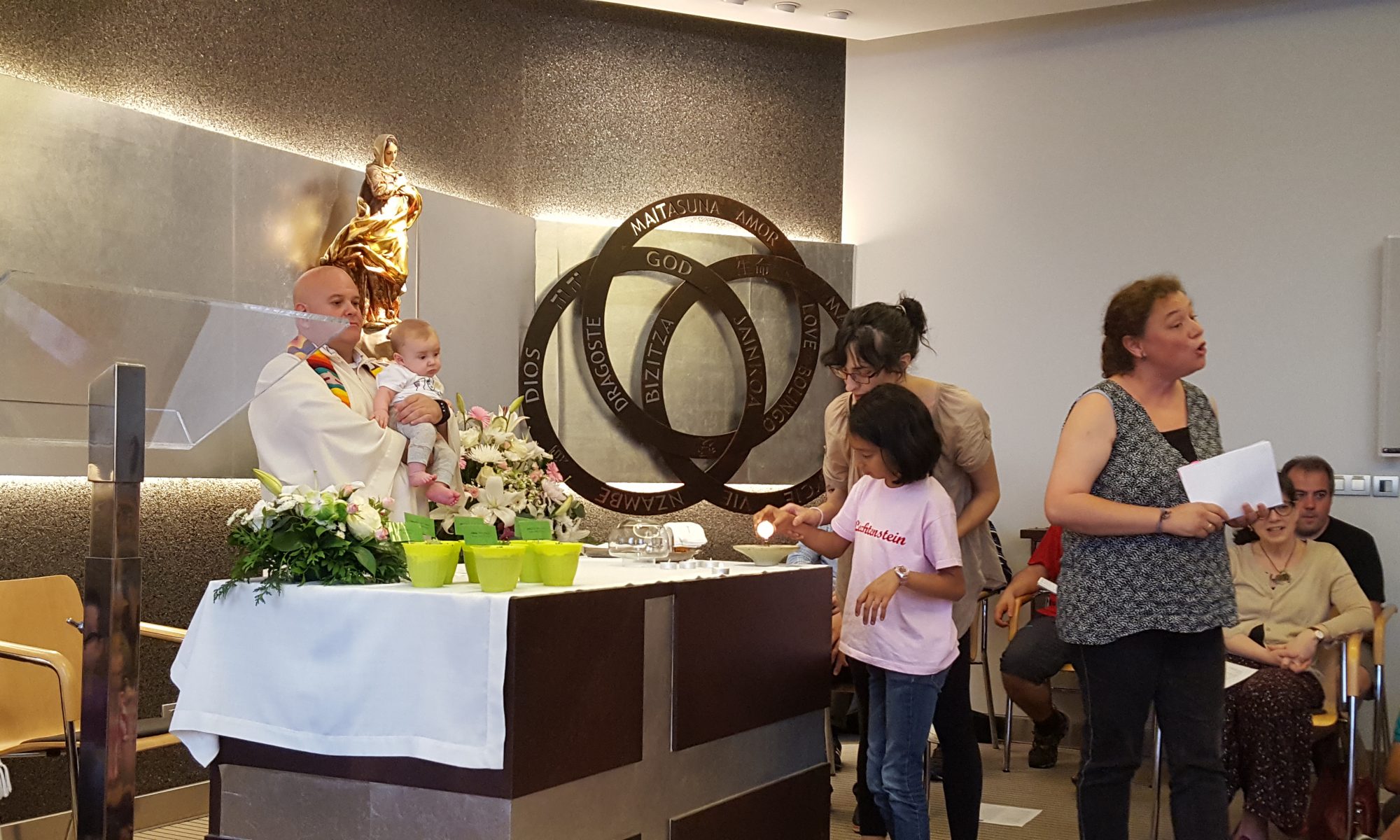 The “Arrupe Extea Chapel,” a Jesuit chapel named after Pedro Arrupe, the 28th Superior General of the Jesuits (Black Pope). This is the Jesuit Church where Seventh-day Adventists and Jesuits joined together for interfaith unity. [5]

The Jesuits are pushing these ecumenical “Tower of Babel” safe spaces. There are no “safe spaces” when it comes to Jesuits. Whenever the flock of God enters interfaith communion with the Jesuits, they must understand that they are entering a den of ravenous wolves. Instead of defending the flock, many of our Seventh-day Adventist leaders are leading the flock to the slaughterhouse.

God has NOT given us a message in this final hour of earth’s history to enter Rome’s Tower of Babel. Yet this is what many Adventist leaders are doing. Do we no longer have Protestants in charge of the work? Do we now have Jesuits or Jesuit sympathizers in positions of trust throughout Adventism? We are now openly seeing a new spirit of cooperation and unity between Jesuits and Seventh-day Adventists. They will be having these meetings four times a year. Obvious efforts are being made at the highest level to bring our people to Babylon in order to develop a closer relationship and better understanding with the papacy.

“The order of the Jesuits was created … it was their studied aim to secure wealth and power, to be devoted to the overthrow of Protestantism, and the re-establishment of the papal supremacy” (Great Controversy, p. 234).

“The Jesuits rapidly spread themselves over Europe, and wherever they went, there followed a revival of popery” (Great Controversy, p. 235).

The Jesuits are trying to reunite all of Christianity under one head, the Papacy. Rome is working overtime – trying to accelerate the mass migration of non-Catholic churches into her fellowship. This is all part of the healing of the deadly wound with the aim to bring the whole world into the Babylonian family and ultimately to worship the dragon. Prophecy has warned us of this – that Rome is the head of this grand movement:

It is impossible for any Seventh-day Adventist to engage with Jesuits unless, of course, the Three Angels’ Message and the warnings of inspiration are ignored. How can we participate when we have been so clearly warned? This attitude on the part of some of our people is cause for great concern. Unless we are aware of this situation and understand the dangers associated with the ecumenical movement, steps will never be taken to remedy the problem and reverse the trend. We are told by inspiration that those who pursue any union with Rome are actually in a dangerous and dismal spiritual condition.

“The church that holds to the word of God is irreconcilably separated from Rome. Protestants were once thus apart from this great church of apostasy, but they have approached more nearly to her, and are still in the path of reconciliation to the Church of Rome. Rome never changes. Her principles have not altered in the least. She has not lessened the breach between herself and Protestants; they have done all the advancing. But what does this argue for the Protestantism of this day? It is the rejection of Bible truth which makes men approach to infidelity. It is a backsliding church that lessens the distance between itself and the Papacy” (Signs of the Times, February 19, 1894). 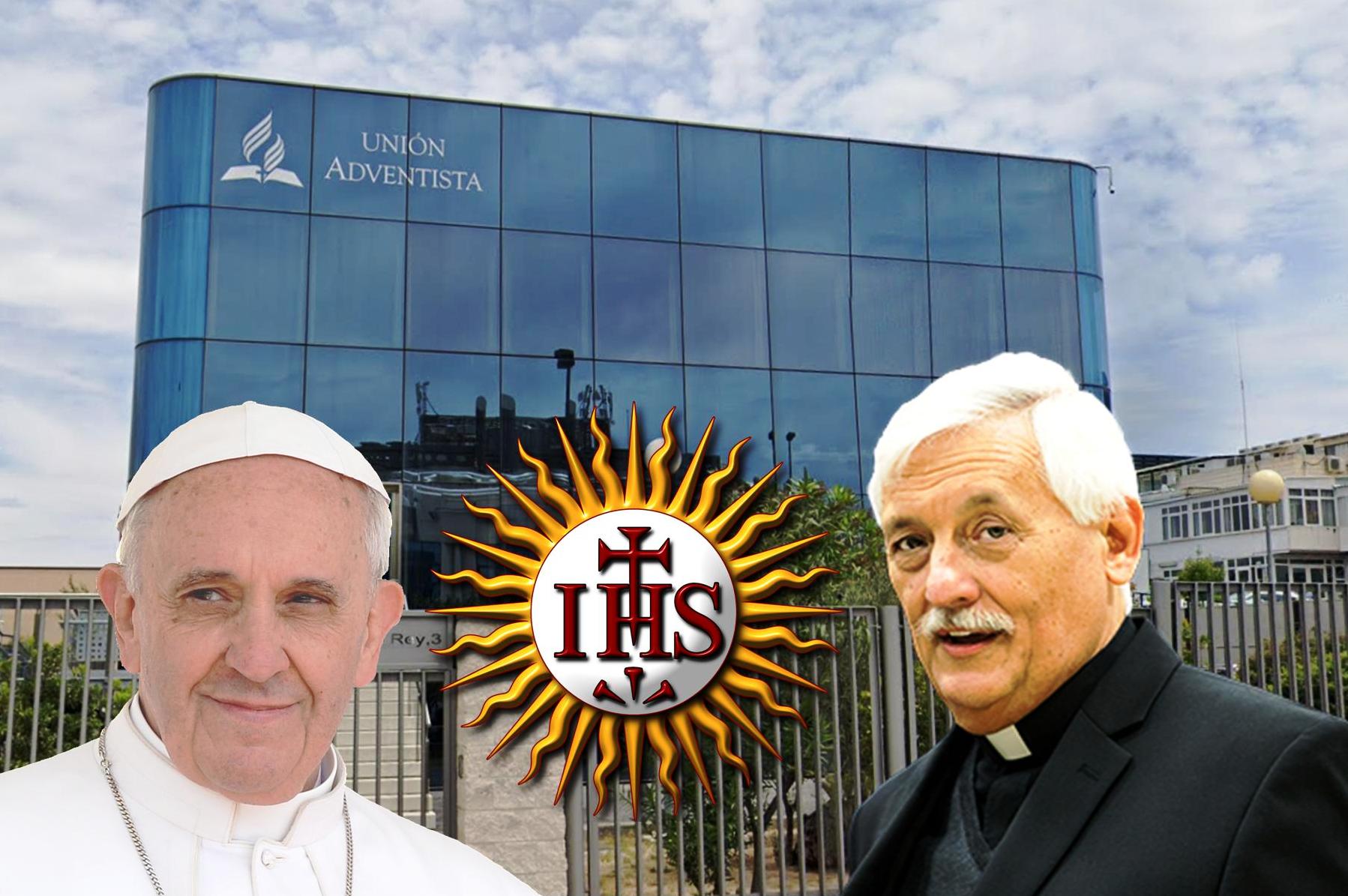 Do we no longer have Protestant Seventh-day Adventists in Spain? The Jesuit Pope Francis with the current 31st Jesuit General, Arturo Sosa (black pope).

Instead of participating in the healing of the deadly wound, Seventh-day Adventists are called to proclaim the commandments of God and to expose the wickedness of the man of sin who is causing the whole world to honor the dragon instead of God.

“In the very time in which we live the Lord has called His people and has given them a message to bear. He has called them to expose the wickedness of the man of sin who has made the Sunday law a distinctive power, who has thought to change times and laws, and to oppress the people of God who stand firmly to honor Him by keeping the only true Sabbath, the Sabbath of creation, as holy unto the Lord” (Evangelism, 233).

We have been raised up as a people to undo the damage done to God’s law by the papal power of prophecy:

“The Lord has a special message for His ambassadors to bear. They are to give the people the warning, calling upon them to repair the breach that has been made by the Papacy in the law of God” (Evangelism, 225).

How far will we go on the path of ecumenism? Will we now run into the arms of the Jesuits? If God says to preach His warning against the beast, the image, and the mark, what path are we going to take? The true people of God will walk away from these interfaith entanglements and move forward with the last message of mercy to the world. This must be done; lest we willingly put ourselves on the brink of self-destruction. Faithful souls are still found in Babylon, and God wants us to reach them before it is too late:

“Notwithstanding the spiritual darkness and alienation from God that exists in the churches which constitute Babylon, the great body of Christ’s true followers are still to be found in their communion … The time will come when those who love God supremely can no longer remain in connection with such as are “lovers of pleasures more than lovers of God; having a form of godliness, but denying the power thereof … then the light of truth will shine upon all whose hearts are open to receive it, and all the children of the Lord, that remain in Babylon, will heed the call, “Come out of her, my people” (Great Controversy, 390).