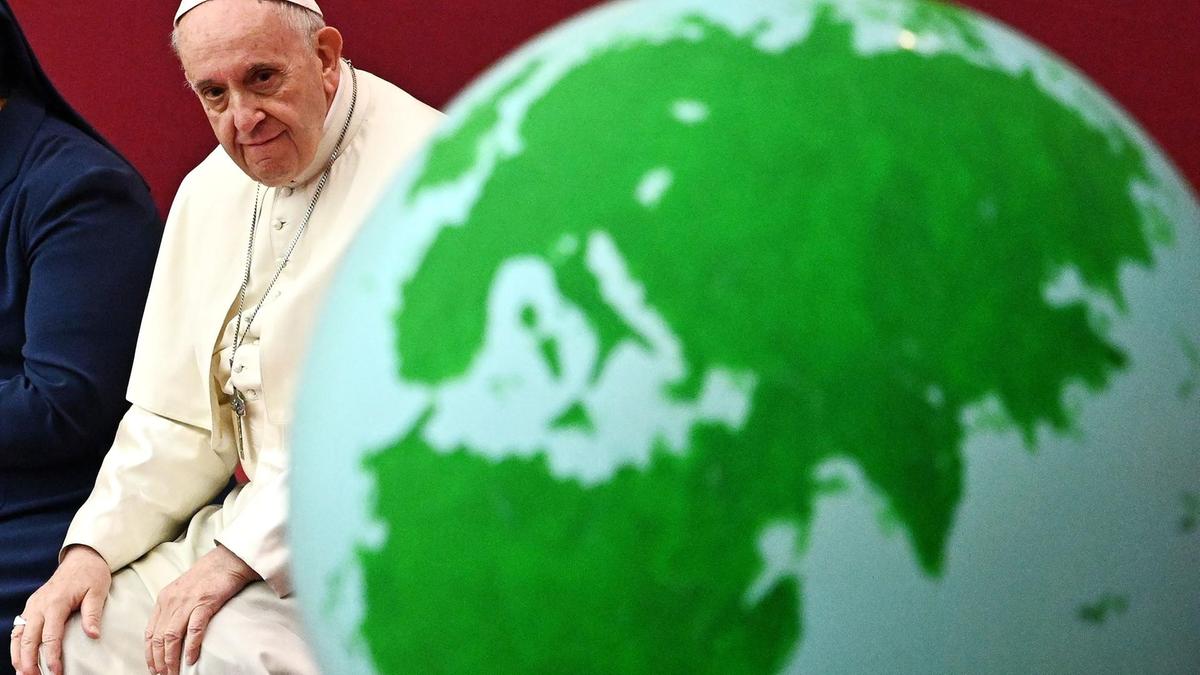 Argentinean priest, Augusto Zampini, is the Director of the Vatican’s Development and Faith Commission at the Dicastery for Integral Human Development. [1] He recently announced that on May 25, 2021 the Vatican will “launch the Laudato Si’ action plan” that will create “a massive movement of families, parishes, schools and universities, health centers and hospitals, business and governments” to combat climate change. Zampini said that the idea is to get everyone to commit to the “seven Laudato Si’ resolutions” and at each step, “you get a credit, a Laudato Si’ award.” [2]

Vatican official Zampini did not mention what the seven resolutions of Laudato Si’ are. He said the plan is “very ambitious” and “spectacular.” Zampini does mention that the seven Laudato Si’ resolutions have already been presented to Alok Sharma, who will head the United Nations Conference on Climate Change in Glasgow from November 1-12 (COP26). [2] However, the Vatican’s Dicastery for Promoting Integral Human Development will release the Laudato Si’ Action Plan on May 24, 2021 and is expected to make Laudato Si’, Pope Francis’ climate encyclical, part of a massive ecological education campaign to change people’s hearts and minds to make us accept it.

A coalition of governments is working together with the First Beast of revelation 13 to gain power and control over everything and everyone. This movement will culminate into a national Sunday law during the mark of the beast crisis. All the churches are coming together. All the nations are uniting. We know from prophecy what is going to happen as these events are setting the stage for the final crisis.

No crisis catches God by surprise. He knew what was coming and He has raised up the Remnant people to preach the everlasting gospel of Revelation 14 to the world. This is a message to counter idolatry and the sacredness of Sunday that is being accepted by the world. Instead of embracing the pantheistic teachings of Laudato Si’, we must reject them. The earth and everything in creation must point us to the Creator and His gospel so that we can give God the glory (Revelation 14:7) by keeping His commandments, not the theories of man.

What we are seeing today is a global deception being perpetrated by religious and political entities. They are uniting to save the world by pushing for the Pope’s green Sunday law! May God have mercy upon us and help us to wake up and prepare for what will soon happen. Now is the time for everyone to see through the lies and know that the end is near. The Remnant people will use God’s truth to expose the dangers that threaten the souls of men and women:

“As the end approaches, the testimonies of God’s servants will become more decided and more powerful, flashing the light of truth upon the systems of error and oppression that have so long held the supremacy … These will be registered in the books of heaven as repairers of the breach, the restorers of paths to dwell in. We are to maintain the truth because it is truth, in the face of the bitterest opposition” (Selected Messages, Vol. 3, p. 407).

Are we doing exactly what God has called us to do, or are we uniting with the world and joining them in forbidden pleasures? Regardless of the crisis, whether it’s the Covid-19 crisis, the economic crisis or the Sunday law crisis, God has given us a sacred job to perform during this solemn hour of earth’s history.

“Lift up the standard—the commandments of God and the faith of Jesus. Make this everything, and then by your strong arguments wall it in, and make it of still greater force. We are, as a people, in danger of giving the third angel’s message in such an indefinite manner that it does not impress the people. It is our privilege to expect large things, even the demonstration of the Spirit of God. This is a power which will convict and convert the soul. Our message is a life and death message, and we must let this message appear as it is—the great power of God. Then the Lord will make it effectual. We are to present it in all its telling force” (Letter 209, 1899).