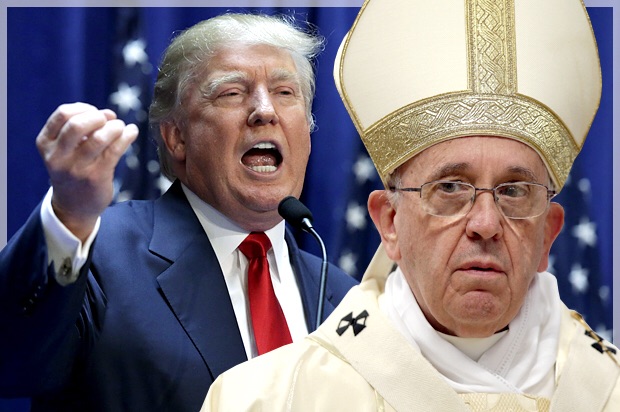 At the same time during Donald Trump’s inauguration, Pope Francis was being interview by a Spanish newspaper. Antonio Caño asked the Pope about Trump’s ascendancy to power in the United States. The Pope said that we are living under very “tense” moments and then gave comparisons of Trump to the rise of Hitler.

During the interview, Pope Francis stated that Hitler was also elected by a people who were looking for a “savior” to save the nation. After more “Hitler” comparisons Pope Francis said that he would take a “wait and see attitude” towards the Trump administration.

“Wait and see?” All the comparisons to Hitler is not a wait and see attitude. Instead of praying for Trump and looking out for the spiritual side of matters and issues pertaining to the soul, Pope Francis is more concerned about politics and world affairs.

Yes, Trump was elected by the people but what about the Pope? The Vatican follows leadership-inbreeding where only the top leaders have a vote. The rank-and-file members of the Catholic Church don’t have a prayer when it comes to changing the status-quo at the Vatican. The top leadership in the Catholic Church select among their own kind, unlike America where an outsider has come to power by the will of “the people.” Therefore the Pope is not in a position to talk about America.

The popes have nothing to accuse Trump of. They don’t have the moral high-ground or a moral leg to stand on. Instead of making Nazi comparisons to Trump, Pope Francis should act like spiritual pastor and pray for Trump, for all world leaders and for the spiritual decay and corruption that is taking place within Roman Catholicism.