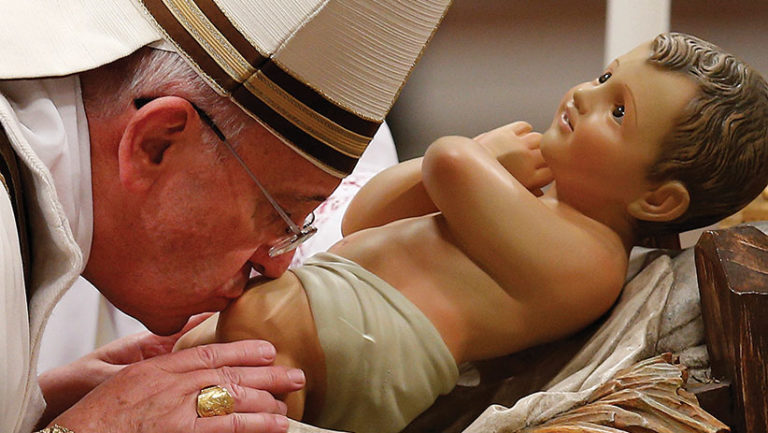 The pope is working overtime to unite all of the religious faiths of the world into one family. The path to interfaith cooperation and unity that the Pope is pushing for is not one that takes us to truth, but instead it is a path designed to bring us to Rome.

Pope Francis expressed to 1,000 Lutheran Christians who were visiting the Vatican to set aside their doctrinal difference and to join hands with Roman Catholics to help the sick and the poor. This is the end result of ecumenism. They believe that because there are many paths to God, doctrine is not important, all we need to do is unite.

Francis is trying to heal the deadly wound (Revelation 13:3) between Catholic and Protestants. Part of the healing involves closing the split that was created by the Protestant churches who separated from the Catholic church over doctrinal issues. When this gap is finally closed Protestantism will be dead!

It is no mystery that Pope Francis is calling upon Protestant to “put aside theological difference” and to come together on social matters. So, should our doctrinal differences be ignored so that the religious world have unity?

This is the same power that takes the title of “Holy Father” even after Jesus says not to call anyone “father” (Matthew 23:9) and how we are to worship God for being “holy.” (1 Samuel 2:2).

Prophecy warns us of an end-time, world-wide union of a one-world church that will be worshiping the dragon, the beast and eventually receive the mark of he beast. (Revelation 13:3,4, 16). Evidently, it is very important how we worship God. Bible truth is important. Be careful when anyone tells you that Biblical truths should be set aside.