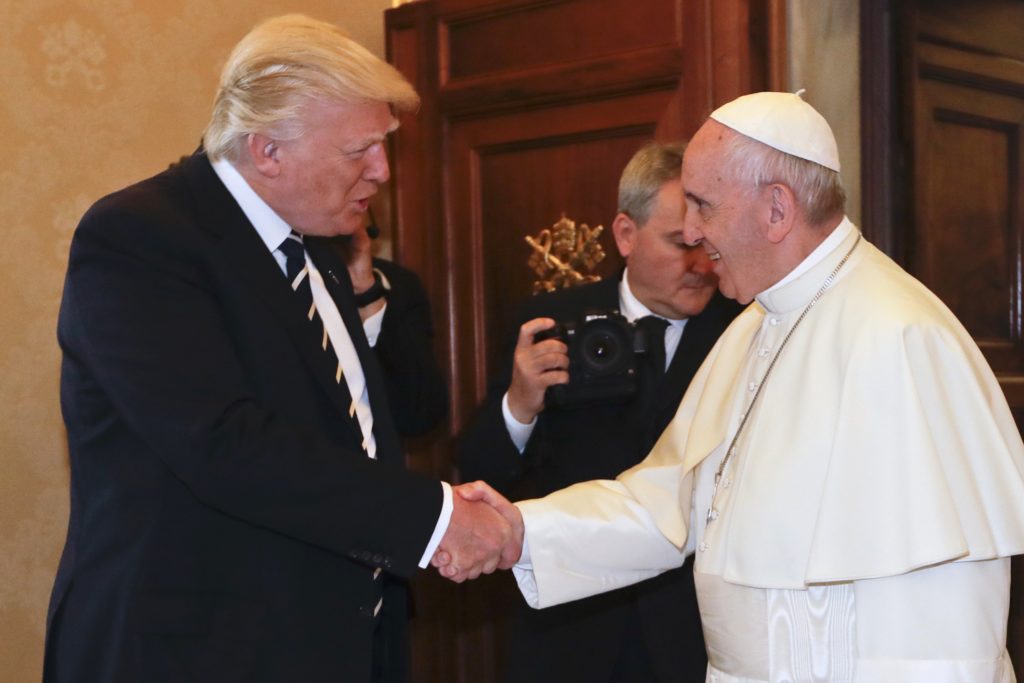 “But we preach Christ crucified, unto the Jews a stumblingblock, and unto the Greeks foolishness.” 1 Corinthians 1:23.

Unlike the apostles of Christ who were dedicated to preaching only the gospel of Christ, Pope Francis is instead pushing a globalist, socialist agenda. Instead of preaching against sin and disobedience and calling for repentance and conversion, Pope Francis is championing ecological conversion, tearing down borders, and redistributing the wealth.

During the Pope’s meeting with President Donald Trump at the Vatican, Francis gave Trump a copy of his papal encyclical on climate change.

Of all the gifts that the Pope could have given President Trump, why did he give him his environmental manifesto? Because Pope Francis believes that climate change, not sin, is the biggest threat to human life. He believes this to be the greatest crisis facing mankind. Pope Francis has dedicated his pontificate to promoting the idea that man is responsible for causing global warming, which will bring a cataclysmic destruction to the earth.

Not only is Pope Francis pushing for “environmental justice” he is also making it the new mission for the Catholic Church. The church is being told to also advocate this as it’s new message for the world.

This worldwide drive to increase environmental awareness is something that has no foundation in God’s word. The gospel of Jesus Christ is not designed to reform external political measures; but rather, it was ordained by God to bring salvation to souls who are “slaves of sin” (John 8:34). There is a Divine curse resting upon any church or any “pastor” who would dare change the true message and mission of the church.