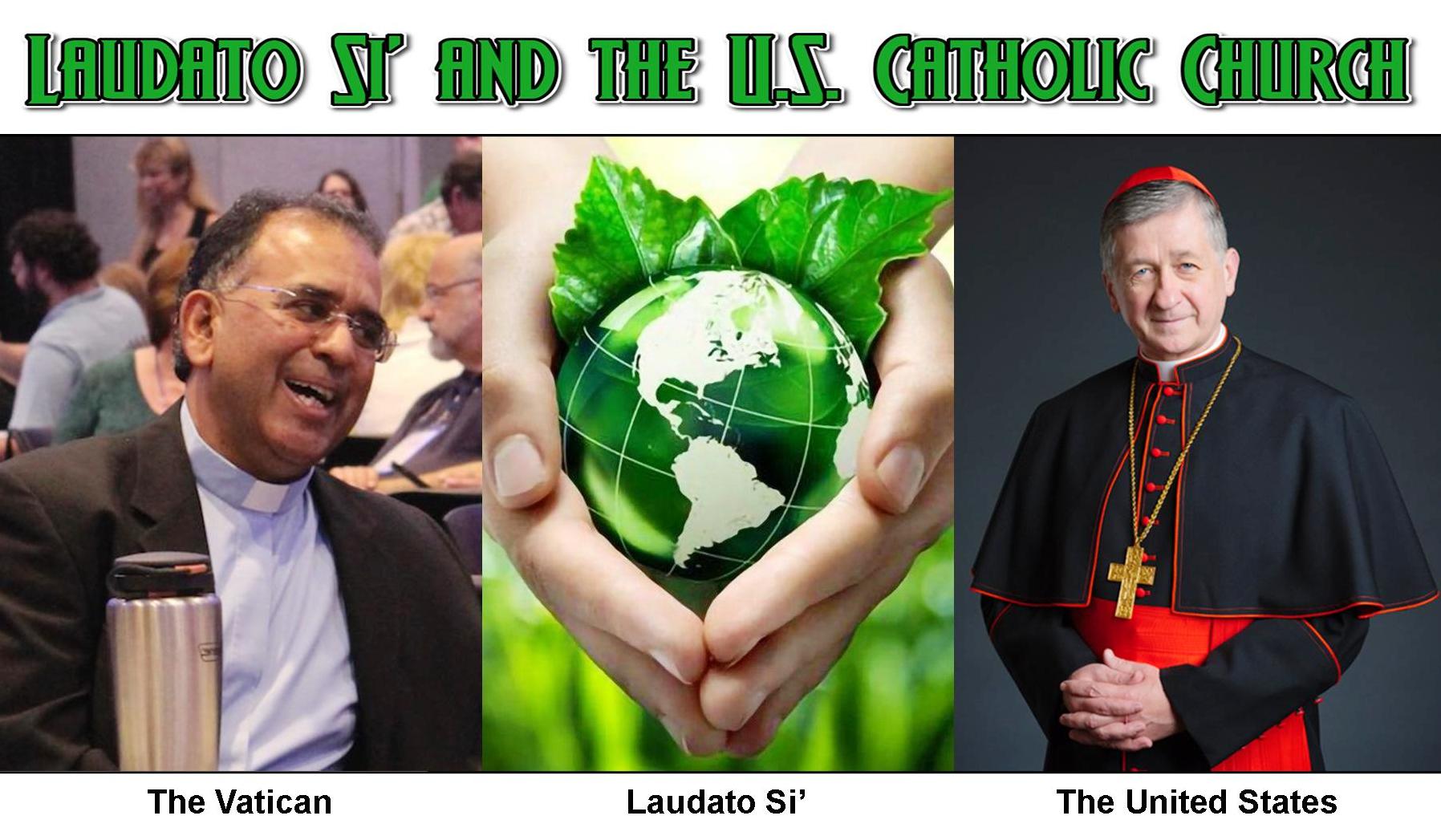 From July 13-15, 2021, Roman Catholics held their second conference entitled “Laudato Si’ and the U.S. Catholic Church.” This conference called on the Catholic Church in the United States to take a “fuller-throated response” to Pope Francis’ climate change encyclical Laudato Si’. [1] It was also announced during this event that campaigns would be launched to “urge President Joe Biden and Congress” to act quickly and enact legislation to reduce the impact on climate change. [1] 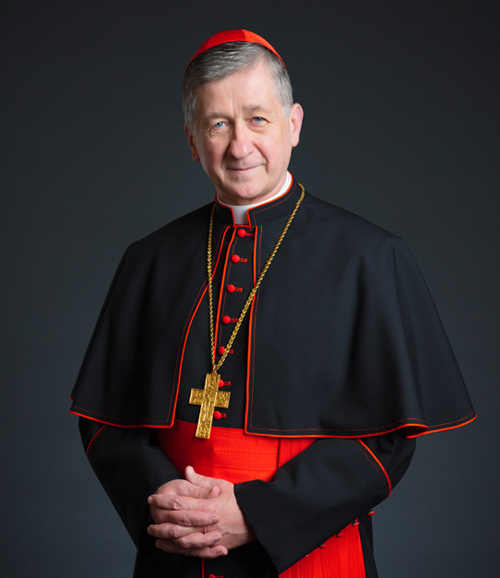 Chicago’s Roman Catholic Cardinal Blase Cupich called for a “bolder embrace of Laudato Si’ in the U.S.”  He challenged Catholics to make sacrifices and to “meet with their bishops and priests to share their concerns about climate change and urge them to speak out on the environmental challenges facing the world.” [2]

But to understand the magnitude of the conference “Laudato Si’ and the U.S. Catholic Church,” just look at what was expressed during the first meeting. During the inaugural event, this conference was hailed as “one of the most significant efforts by the U.S. church to take up the pope’s now-four-year-old document.” One of the stated goals, or “intentional effort” for the creation of this conference, was “to breathe fuller life into Laudato Si’.” [3]

Rome, the most powerful religious organization in the world, is putting all its weight of influence to “breathe fuller life” into Laudato Si’ in the United States. There is an ongoing, steady, and open push here in America by Catholic “scientists, energy experts, environmental leaders, campus ministers, activists, liturgists, clergy and religious, and staff from several state Catholic conferences, along with the U.S. Conference of Catholic Bishops, three bishops and a representative from the Vatican.” [3] This movement grows stronger and more determined every day to pressure politicians for Laudato Si’ to be enacted by law. These efforts are eerily similar to what we read in prophecy regarding the first and second beasts of Revelation: 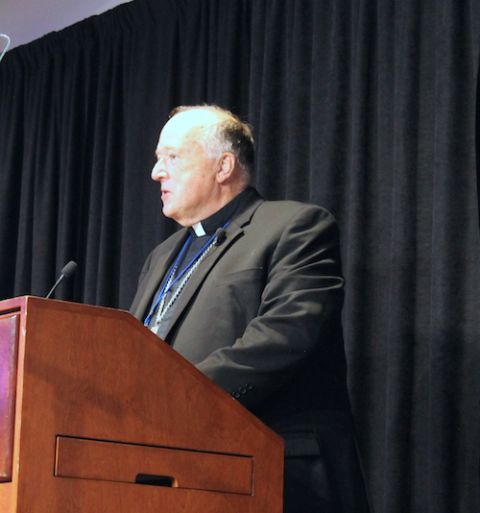 If this is not startling enough, notice the words expressed by Roman Catholic Bishop Robert McElroy from San Diego, CA during the “Laudato Si’ and the U.S. Catholic Church” conference. His words are prophetic:

“For us in the United States at this perilous moment in our national history, the core themes of Laudato Si’ are especially urgent. We stand, deeply estranged from one another, seething in divisions and unwilling to reconcile … We are the most powerful nation in the history of the Earth yet have rejected the only realistic pathways that have emerged to heal our broken planet.” [3]

Here we see Rome stating that Laudato Si’ is the solution for the broken planet, and that the United States, the most powerful nation in history, must lead the way. This is exactly what we see in the book of Revelation:

“And he (USA) exerciseth all the power of the first beast before him (Rome), and causeth the earth and them which dwell therein to worship the first beast, whose deadly wound was healed.” Revelation 13:12.

As students of Bible prophecy, we cannot help but be amazed at this prophetic development regarding the religious and political situation that the Bible declared would exist. The thirteenth chapter of Revelation describes the revival of the papacy and the development of its image of the beast. And Rome is trying to accelerate the formation of the image of the beast with its growing agitation of Laudato Si’ (Sunday legislation) in the United States. Rome has created this special conference to accomplish this very task. 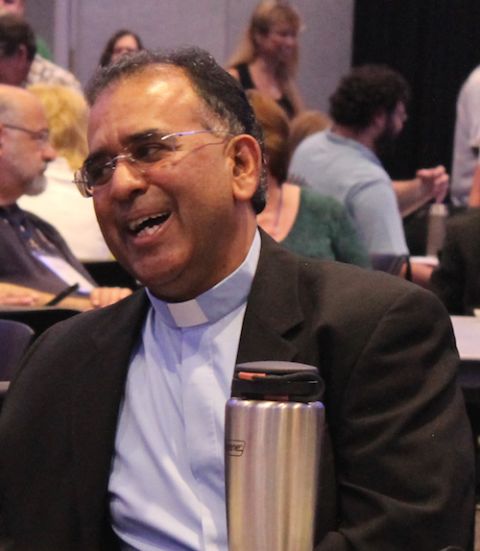 Fr. Joshtrom Isaac Kureethadam, the Coordinator for the Ecology and Creation of the Vatican Dicastery for Promoting Integral Human Development, Rome’s agency for addressing the climate crisis, stated the following during the “Laudato Si’ and the U.S. Catholic Church” conference:

“We are the last generation that can really do something … so we have to act.” [3]

Make no mistake, the bold and ambitious plan is for Laudato Si’ to be enacted into law with the goal of transforming our global economies and businesses by imposing tough legislation to reduce CO2 (carbon) and restrict Sunday trading. Every day that passes, we witness the Catholicization of the political, economic and religious world. The papacy, together with its associates, will impose the final apostasy on the world through Laudato Si’.

The line has been drawn on this matter and God’s people must say “no more.” The only answer to Revelation 13 is Revelation 14. We must increasingly recognize that as the final crisis approaches, we must obey the divine call to lift up the commandments of God and the faith of Jesus. We must call on people to “come out” of this movement that seeks to reestablish tyranny through oppressive Sunday laws.

As the final drama of Revelation 13 unfolds, the work of the “remnant people,” those who will not worship the beast or its image, is also brought to view in Bible prophecy. With the strength of the Lord, the remnant people will worship God as Creator, keeping the memorial of creation, the seventh-day Sabbath, Saturday, the seal of the living God in opposition to the mark of the beast, Sunday worship by law (Revelation 12:17; 14:12). They will not only keep the seventh-day Sabbath, but they will also encourage others to keep it. This is our duty during this crisis:

“When Sunday observance shall be enforced by law, and the world shall be enlightened concerning the obligation of the true Sabbath, then whoever shall transgress the command of God, to obey a precept which has no higher authority than that of Rome, will thereby honor popery above God. He is paying homage to Rome, and to the power which enforces the institution ordained by Rome. He is worshiping the beast and his image. As men then reject the institution which God has declared to be the sign of his authority, and honor in its stead that which Rome has chosen as the token of her supremacy, they will thereby accept the sign of allegiance to Rome—“the mark of the beast.” And it is not until the issue is thus plainly set before the people, and they are brought to choose between the commandments of God and the commandments of men, that those who continue in transgression will receive the mark of the beast” (Great Controversy, p. 449).