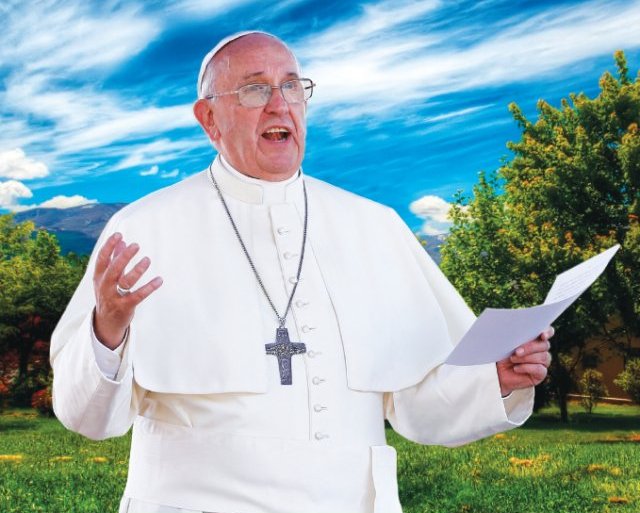 The following report will show how Francesca Evangelisti is a top leader at the Italian Union of Seventh-day Adventist Churches. She is also a member of a multi-church organization located in Rome called the Globalization and Environment Commission (GLAM) that published a report praising Laudato Si ‘. This pro-Laudato Si’ report was included on the official website of the Seventh-day Adventist Church in Italy for more publicity. 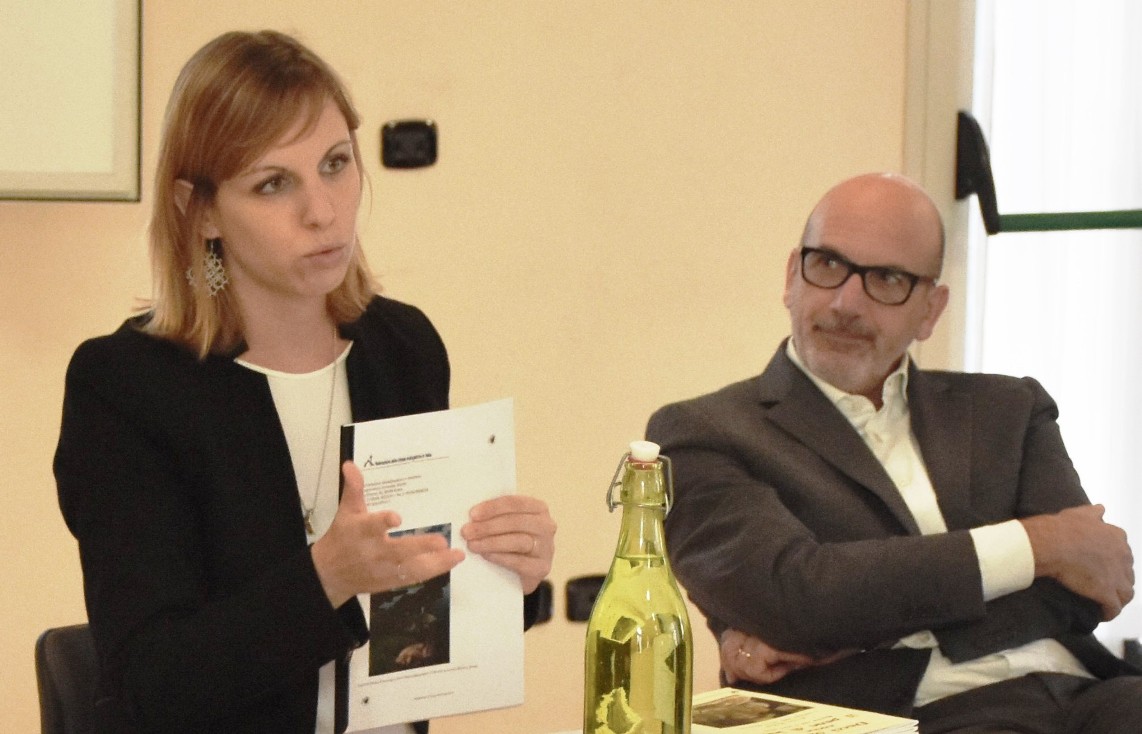 Adventist spokesperson Francesca Evangelisti (left) with Adventist Pastor Gianni Caccamo, the signer of the infamous Ecumenical Charter. They were both involved in documents designed to bring us to Rome.

So what does the GLAM 2020 dossier say about Laudato Si’; the same dossier that’s linked to the official Seventh-day Adventist Church’s website? They call Laudato Si’ “encouraging” and “prophetic,” equating Pope Francis to a modern-day prophet. Here is what page 56, paragraphs 2-4 say in part:

“The question of global economic justice is a question fundamental to faith in God and Christian discipleship, and the prevailing economic system is incompatible with being a Christian and being a church for reasons of faith.

Pope Francis ‘apostolic exhortation “Evangelii Gaudium” and the encyclical “Laudato si'” resounded in an encouraging way with the prophetic nature of these ecumenical resolutions. However, they are rarely put on in practice in the ecumenical movement and in the churches. Too often, ecumenical action is limited to appeals for purely cosmetic reforms of the structurally destructive global economic system.

And this, to the end, requires a radical renunciation of the capitalist driving forces of growth and profit, which they have so far dominated our economies, and a shift towards an economy that focuses on the common good and on the protection of natural life support systems. [5]

This is a call to embrace Ladauto Si’. Seventh-day Adventists are part of the GLAM Committee that published these words praising Laudato Si’. We are now directing people to these things on our official church websites, promoting these same ideas. This is inconceivable! It’s mind-blowing. Why even be a Seventh-day Adventist if you are going to promote the Pope’s green Sunday law encyclical? The church constituents need to remove these false shepherds out of office because they are not going to stop these shenanigans. They are leading the people to oblivion and away from present truth. The leaders from the Italian Union of Seventh-day Adventists are now promoting Rome’s radical green Sunday law, Laudato Si’, trying to seduce its members into thinking that all of this is OK.

We need to wake up. Unless the laity rises up against this now, many souls will be swept away and lost. There will only be two sides in the final conflict. There will only be two distinct calls made during this time: 1) Rome’s clear call that Sunday is the solution to save the planet; 2) The warning message found in the Third Angel’s Message against Sunday laws. God has warned us that just before the final crisis, many will commit treason and join the side of the great rebellion:

“To stand in defense of truth and righteousness when the majority forsake us, to fight the battles of the Lord when champions are few—this will be our test. At this time we must gather warmth from the coldness of others, courage from their cowardice, and loyalty from their treason. The nation will be on the side of the great rebel leader. The test will surely come. Thirty-six years ago I was shown that what is now transpiring would take place, that the observance of an institution of the papacy would be enforced upon the people by a Sunday law, while the sanctified rest day of Jehovah would be trampled underfoot” (Testimonies, vol. 5, pp. 136, 137).

Do we no longer believe in the 10 Commandments? Do we really believe in the seventh-day Sabbath? If so, then how can we justify promoting Laudato Si’? Have we lost our minds? Why don’t we instead defend our faith? Must someone remind these leaders of their responsibility? We only have two sources of revelation: the Bible and the Spirit of Prophecy. And neither of them talk of the need to promote Sunday as the means to save the ecology. Satan’s objective will finally be complete whenever Seventh-day Adventists begin promoting Laudato Si’.

“The world and the churches are uniting in harmony in transgressing the law of God, in tearing away God’s memorial, and in exalting a sabbath that bears the signature of the man of sin … Shall the people whom God has honored and blessed and prospered, refuse to bear testimony in behalf of God’s memorial at the very time when such a testimony should be borne?” (Selected Messages, vol. 2, p. 385).

“It is at this time that the true Sabbath must be brought before the people by both pen and voice … Let not those who have the truth as it is in Jesus give sanction, even by their silence, to the work of the mystery of iniquity. Let them never cease to sound the note of alarm” (Selected Messages, vol. 2, p. 369).

How can we promote Saturday and Sunday, truth and error, faithfulness and apostasy at the same time? It is impossible. While Rome is laying the groundwork for the future Sunday law crisis by exalting Laudato Si’ to the world, God’s people must oppose this effort by giving a voice of warning. This is the true religious liberty work, and not the exaltation of papal encyclicals. Our religious liberty work used to be a pillar of the Seventh-day Adventist faith. It was like a solid rock protecting our right to preach the final warning message to the world. Now, the religious liberty department has turned into quicksand, drawing us closer and closer to Rome.

Tragically, in the end only a small, minority will oppose these green Sunday law measure and only a few will stand in defense of true religious liberty. Someone needs to give a voice of warning while the handwriting is on the wall. Someone needs to speak out in defense of truth against the growing rebellion. As the Omega of Apostasy deepens, may God move mightily upon the faithful who have not bowed their knees to Baal. And may they be used to meet this challenge.