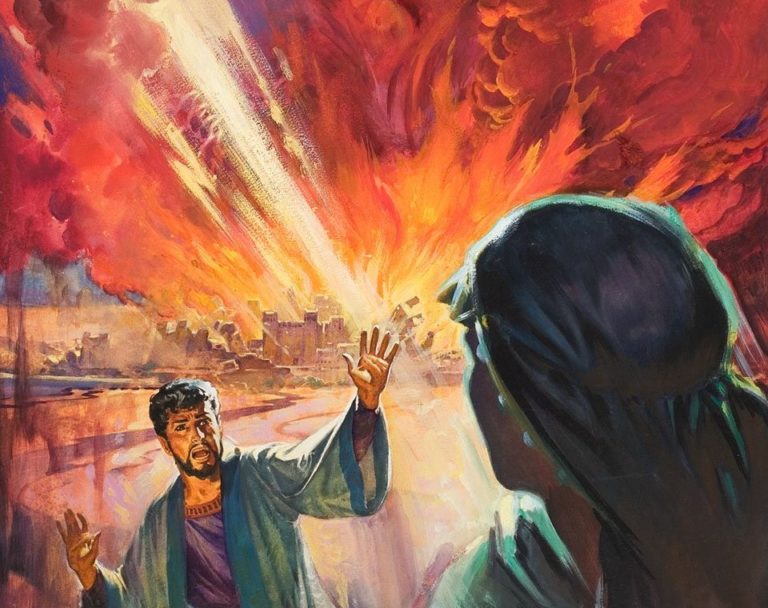 “Thou thoughtest that I was altogether such an one as thyself: but I will reprove thee, and set them in order before thine eyes. Now consider this, ye that forget God, lest I tear you in pieces, and there be none to deliver. Whoso offereth praise glorifieth Me: and to him that ordereth his conversation aright will I shew the salvation of God” Psalm 50:21-23.

Just recently the Rev. David Wynn, pastor of Ft. Worth Agape Metropolitan Community Church, said during a sermon that God is transgender during a protest rally at the Texas State Capitol. The crowd of protesters clapped and cheered at words “God is transgender.”

This blasphemous sermon was an shameful attempt by corrupt men to impute the vile and fleshly ways of sinners onto a pure and holy God. God reminds men that “Thou thoughtest that I was altogether such an one as thyself.” For this very reason God will bring judgments upon the earth.

This was another attempt to deride and ridicule the God of heaven. Instead of misrepresenting the character of God with these shameful displays, the world ought to be humbling themselves before the holy God of the universe.

The men of Sodom became confused and thought that the holy angels of God could be the objects of their sexually deprived minds when they sought to have intimate relationships with them. [Genesis 19:4]. The Bible says, “The Lord rained upon Sodom and Gomorrah brimstone and fire from the Lord out of heaven; and He overthrew those cities, and all the plain, and all the inhabitants.” Genesis 19:24, 25.

God is not One to be trifled with. He is loving but He is also holy and just. Our God is neither gay nor transgender. God’s word tell us exactly the kind of God we have:

“And the LORD passed by before him, and proclaimed, The LORD, The LORD God, (1) merciful and (2) gracious, (3) longsuffering, and abundant in (4) goodness and (5) truth, (6) Keeping mercy for thousands, (7) forgiving iniquity and transgression and sin, and that will (8) by no means clear the guilty; visiting the iniquity of the fathers upon the children, and upon the children’s children, unto the third and to the fourth generation. And Moses made haste, and bowed his head toward the earth, and worshipped. And he said, If now I have found grace in thy sight, O Lord, let my Lord, I pray thee, go among us; for it is a stiffnecked people; and pardon our iniquity and our sin, and take us for thine inheritance.” Exodus 34:6-9.

These are the holy attributes of God. He is seven-part merciful and one-part justice. And the one part justice will take effect if people do not respond to His seven-part mercy and repent of their sins. However, there is a limit to the mercy and grace of the Lord. His Spirit will not always strive with man. God is restraining His judgment in mercy so that all can come to repentance.

“The forbearance of God has been very great—so great that when we consider the continuous insult to His holy commandments, we marvel. The Omnipotent One has been exerting a restraining power over His own attributes. But He will certainly arise to punish the wicked who so boldly defy the just claims of the Decalogue. God allows men a period of probation; but there is a point beyond which divine patience is exhausted, and the judgments of God are sure to follow. The Lord bears long with men and with cities, mercifully giving warnings to save them from divine wrath; but a time will come when pleadings for mercy will no longer be heard, and the rebellious element that continues to reject the light of truth will be blotted out” (Prophets and Kings, 276).

Our only peace and safety is in obeying the Word of the Lord. We are living in a time when national corruption has almost reached its limit. Let us, like Moses, fall down and worship Him and plead for the forgiveness of our sins so that God can then lift us up.

“Come now, and let us reason together, saith the LORD: though your sins be as scarlet, they shall be as white as snow; though they be red like crimson, they shall be as wool. If ye be willing and obedient, ye shall eat the good of the land.” Isiah 1:18, 19.