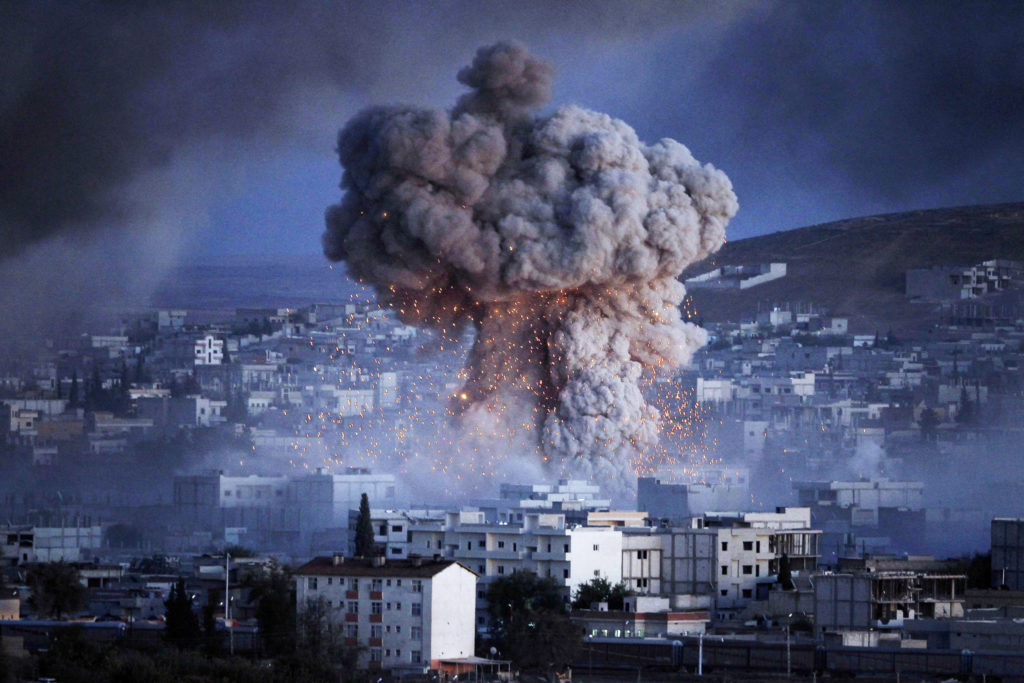 “And ye shall hear of wars and rumours of wars: see that ye be not troubled: for all these things must come to pass, but the end is not yet. For nation shall rise against nation, and kingdom against kingdom” Matthew 24:7.

USA, Iran, Russia, Syria and ISIS are locked into an armed struggle to see who will control Syria. Tensions are rising in the area and the question is who will come out on top when the dust settles. No one seems to be backing off in this showdown. Everyone is scrambling in a land-grab to see who will control what territories. In this effort, clashes are taking place between the parties on a daily basis.

On Sunday a US Navy F-18 Super Hornet fighter jet shot down a Syrian jet for bombing US allies in the region. This act by the US has prompted Russia to threaten that is will begin targeting and shooting down US planes.

That same day Iran, in an unprecedented show of force, fired ballistic missiles over Iraq and into Syria attacking ISIS targets. US forces also shot down an Iranian drone over Syria that had wandered too close to its military positions.

This is leading to a dangerous escalation in the region as world powers are taking sides against each other and preparing for direct combat. These clashes are taking place daily and God only knows when the Syrian Civil War will finally end.

“The Lord will arise to shake terribly the earth. We shall see troubles on all sides. Thousands of ships will be hurled into the depths of the sea. Navies will go down, and human lives will be sacrificed by millions. Fires will break out unexpectedly and no human effort will be able to quench them. The palaces of earth will be swept away in the fury of the flames. Disasters by rail will become more and more frequent. Confusion, collision and death without a moment’s warning will occur on the great lines of travel. The end is near, probation is closing. Oh, let us seek God while He may be found, call upon Him while He is near” (Messages to Young People, 89-90).