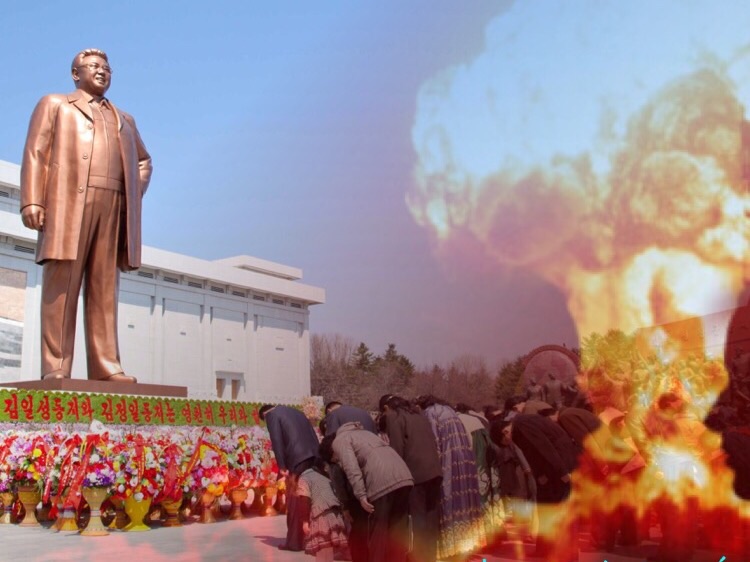 “But evil men and seducers shall wax worse and worse, deceiving, and being deceived” (2 Timothy 3:13).

North Korea is one of the most oppressive totalitarian, communist governments in all the world. Its citizens do not have any freedom of expression, freedom of religion or even freedom to travel. Any Christian living in North Korea is forced to hide their faith from the authorities, family, friends and neighbors for fear of being imprisoned.

The ruling Kim family is the only object of worship in North Korea. Those who don’t reverence the ruling family are arrested and many disappear never to be found again. North Koreans are required to have a picture of the “Great Leader” in their homes. All citizens are also required to demonstrate their loyalty to the ruling family by bowing publicly through many annual ceremonies.

Anyone who may even demonstrate a hint of disapproval or criticism towards the government is immediately arrested, sometimes with their entire families, and are sent to execution camps. Any citizen who is considered an enemy of the North Korean government is executed with anti-aircraft guns.

There isn’t any doubt that Kim Jong Un, the dictator of North Korea, is the embodiment of evil. While the over-weight, ruthless leader eats and lives a life of excess and ease, millions of North Koreans are constantly facing starvation.

Kim Jong Un is a twisted psychopath who is trying to start a nuclear conflict with the most powerful country in the world – the USA! Our US military is a thousand times stronger than China, Russia and the seven next richest countries combined. And this murderous dictator is starting a fight that he will ultimately lose.

He’s threatened to annihilate the USA with a nuclear holocaust. North Korea is testing missiles and developing their arsenal and increasing their rhetoric against America. Tensions are high, and one little mistake can set of a barrage of missiles that will have devastating results for North Korea and the other nations in the region. North Korea has thousands of missiles pointing directly at South Korea, a city just 20 minutes away from the border of North Korea.

It is a miracle that war between the West and North Korea hasn’t resumed by now. It is God who is holding back the winds of strife so that the gospel can do its work in behalf of sinful, rebellious men.

“And after these things I saw four angels standing on the four corners of the earth, holding the four winds of the earth, that the wind should not blow on the earth, nor on the sea, nor on any tree. And I saw another angel ascending from the east, having the seal of the living God: and he cried with a loud voice to the four angels, to whom it was given to hurt the earth and the sea, Saying, Hurt not the earth, neither the sea, nor the trees, till we have sealed the servants of our God in their foreheads.” Revelation 7:1-3.

Our God is the God of all flesh, and He desires to save all those who are willing. And regardless of how impossible the situation may appear, God has the answer to all of our needs.