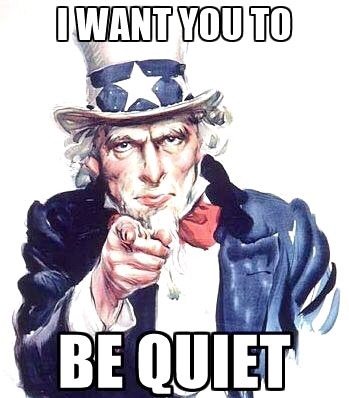 “If the freedom of speech is taken away then dumb and silent we may be led, like sheep to the slaughter” – George Washington.

Truth is under attack. All across this world and here in America individuals are being subjected to increasing restrictions on freedom of speech. A radical crackdown on truth has begun by powerful elite groups, politicians and governments while at the same time they are pushing godless, anti-Christian propaganda.

New proposals are becoming law that are really new steps towards censorship. Alarming new trends are transpiring that will result in the erosion of the rights of all people.

The Canadian House of Commons has passed motion M103 that condemns “Islamaphobia.” This new passage has been characterized by a major Canadian newspaper as a “politically correct mob” that is “trampling free speech.”

Any criticism of Islam or any unwillingness to embrace Muslims or their culture can be interpreted as “Islamaphobia” and could soon be prosecuted.

France is planning to criminalizes websites that oppose abortion. French politicians have unveiled a new plan to criminalize websites in France that attempt to discourage women from obtaining abortions. Those who are found guilty face a fine of $33,650.

Germany has declared war on free speech by threatening multi-million dollar fines for social media posts that it considers hate speech. Let us be clear, when these countries say “hate” speech they really mean conservative Christian views. Free speech is coming to an end because the governments wants to define what hate speech is. No doubt these governments will have to set up some kind of “Ministry of Truth” to determine which speech will be accepted and which will be forbidden.

Our world is in trouble. We are becoming more and more intolerant to speech that does not conform to what governments find ‘acceptable’ or believes is ‘truth.’

And don’t think for a second that this cannot happen here in America. Half of the people in this country would love to pass Marxist laws like these. There are plenty of activist politicians and judges who care little about our Constitution and would support anti-free, anti-USA and anti-Christian legislation. It can very easily happen here.

But regardless of what the New World Order eventually does, God still tells us to use our Divinely appointed right of free speech to expose the dangers that are threatening the spiritual lives of the people:

“Cry aloud, spare not, lift up thy voice like a trumpet, and shew my people their transgression, and the house of Jacob their sins.” Isaiah 58:1.

“Son of man, I have made thee a watchman unto the house of Israel: therefore hear the word at my mouth, and give them warning from me.” Ezekiel 3:17.

We have to denounce the popular, national sins that are corrupting society. This is part of the work of the gospel. We must also expose the rampant apostasy that is prevailing in the religious world and in the churches.

“Those ministers who are men pleasers, who cry, Peace, peace, when God has not spoken peace, might well humble their hearts before God, asking pardon for their insincerity and their lack of moral courage. It is not from love for their neighbor that they smooth down the message entrusted to them, but because they are self-indulgent and ease-loving. True love seeks first the honor of God and the salvation of souls. Those who have this love will not evade the truth to save themselves from the unpleasant results of plain speaking. When souls are in peril, God’s ministers will not consider self, but will speak the word given them to speak, refusing to excuse or palliate evil” (Prophets and Kings, 141).