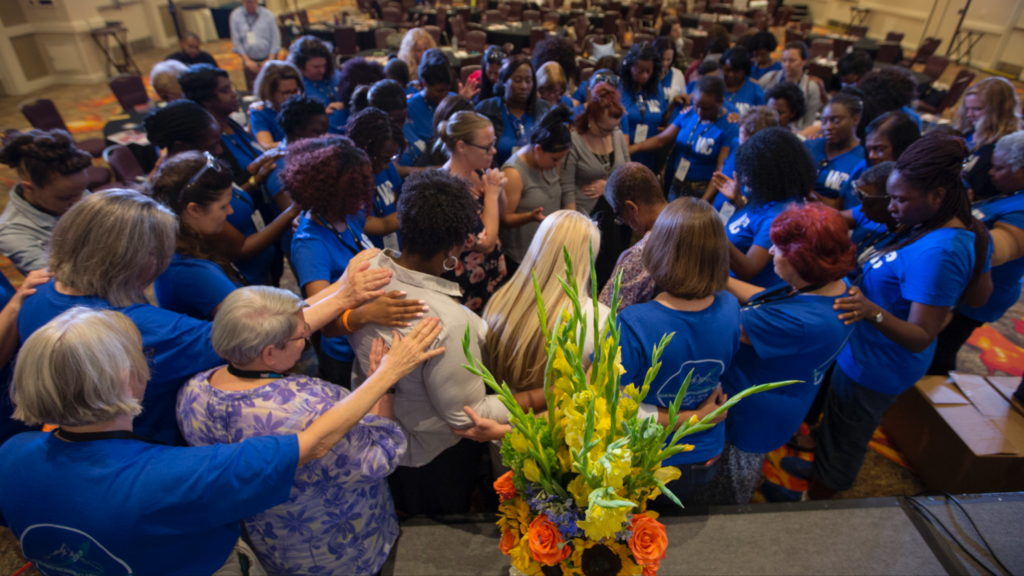 The NAD’s 2018 “Look Up Women Clergy Conference.” This retreat was designed to “affirm” women into pastoral ministry.

The North American Division (NAD) of Seventh-day Adventists is ramping up its recruitment drive for women pastors. They are pushing forward a comprehensive and strategic plan to recruit, train and ultimately finance the salaries of women into ministerial roles. [1] 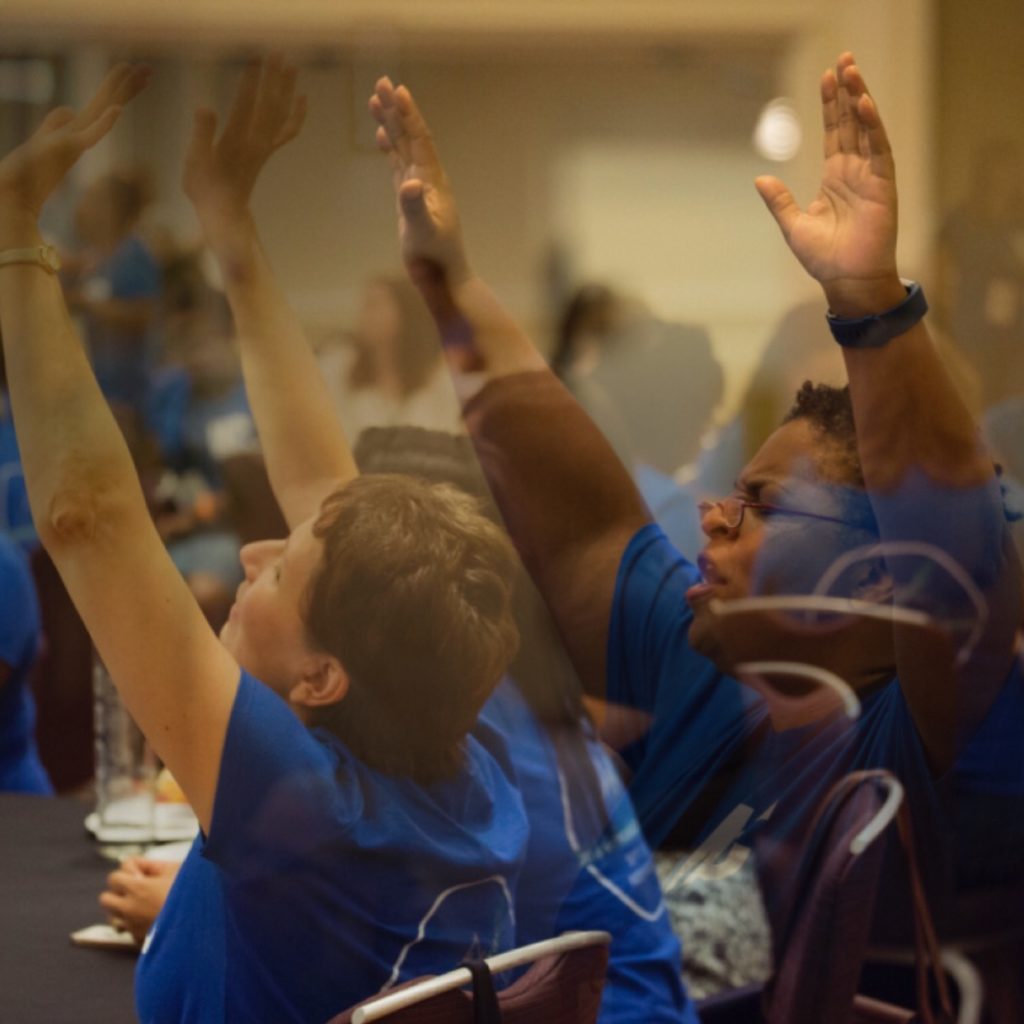 Seventh-day Adventist women pastors from across the NAD met together to “affirm” their call to pastoral ministry.

The NAD is also organizing spiritual retreats for women with the purpose of “affirming” their call to the pastoral ministry. [2] Below is the NAD’s event flyer for the “2018 Look Up Women Clergy Conference.” 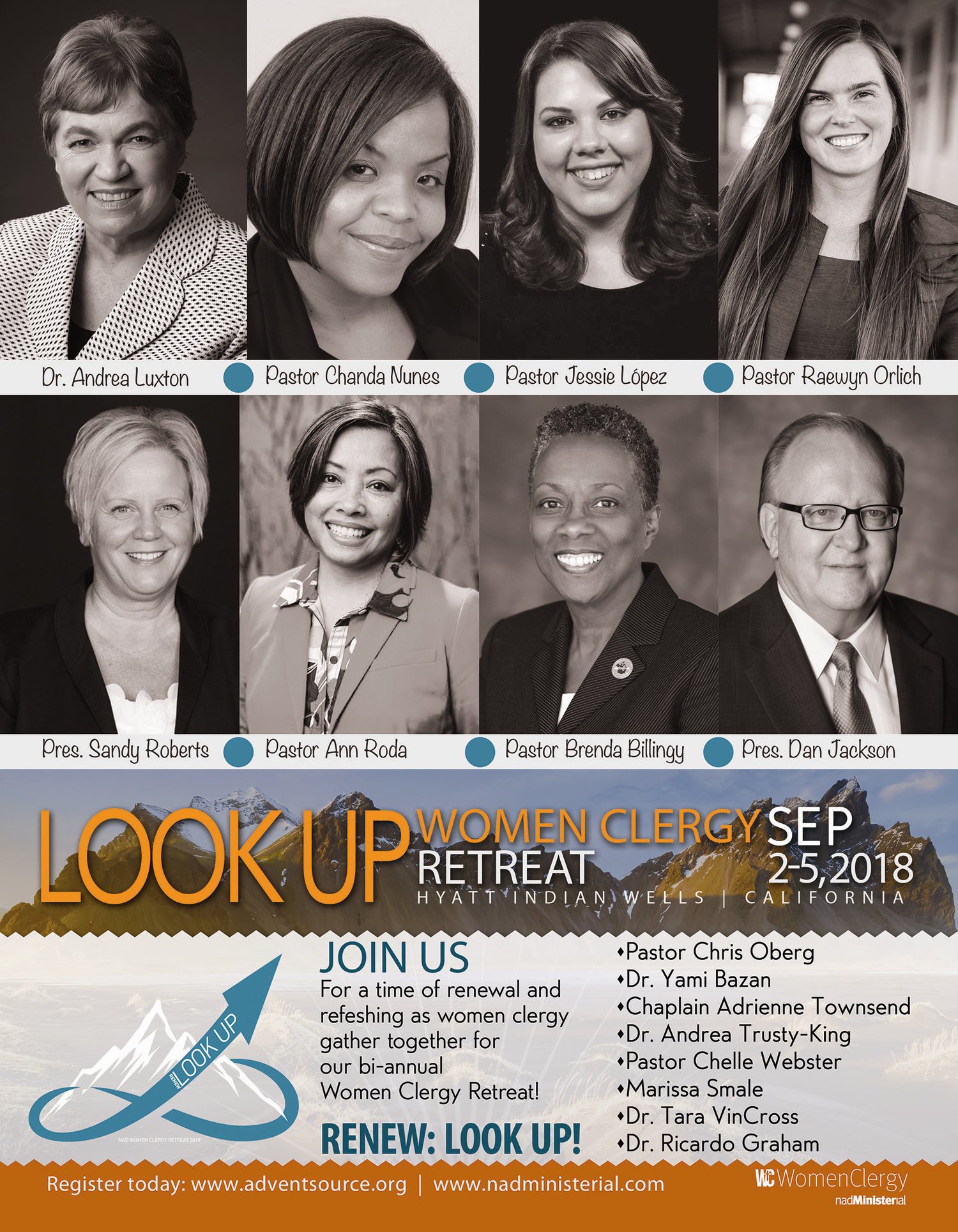 The official flyer for the “2018 Look Up – Women Clergy Retreat” highlighting the special guests and speakers.

This is much more than just training and hiring women into the Seventh-day Adventist Church. Problems arise when local conferences begin “ordaining” them as pastors, an act that goes against the current policies of the world church. Instead of addressing these simulated ordinations, the North American Division is turning a blind eye, allowing them to continue and even paying their salaries once they become employed. [3]

Dan Jackson, President of the NAD, supporting the female pastors during their women’s clergy retreat.

In contrast, the General Conference of Seventh-day Adventists refuses to recognize the validity of these “ordinations.” [4] Their position is that these ordinations are null and void. For the past three years the GC has been working on trying to bring the church into unity on this issue; only to see their efforts undermined by the NAD.

The problem we’ve been seeing is that the different organizational levels of the church, such as the NAD, think that they are an exclusive society unto themselves. This is how many church entities have been operating. They have been breaking away and ordaining women on their own authority, and not taking into account the rest of the body of Christ or the clear teachings of inspiration. Some divisions, unions and conferences want to remain autonomous so that they can continue ordaining women without any accountability.

This has resulted in the recommendations by the General Conference to create “review committees” to address these unauthorized ordination services. What is yet to be determined is whether or not these proposed “review committees” will recommend disciplinary action or even automatic suspension for both the person attempting the ordination and the woman being ordained.

During the 2018 Annual Council coming up this next week, the General Conference Executive Committee will be debating these very issues. The arguments will be over church offices, church governing, rouge entities, church compliance and how the Seventh-day Adventist organization will be led and directed.

Why Not Women Priests?

In theology, we base our beliefs on the revealed word of God, Divine Revelation; and not upon human reasoning, philosophy or cultural expectations. We do not have the authority to invent the priesthood or its modern day equivalent – the pastoral ministry – according to our feelings or according to our own customs. 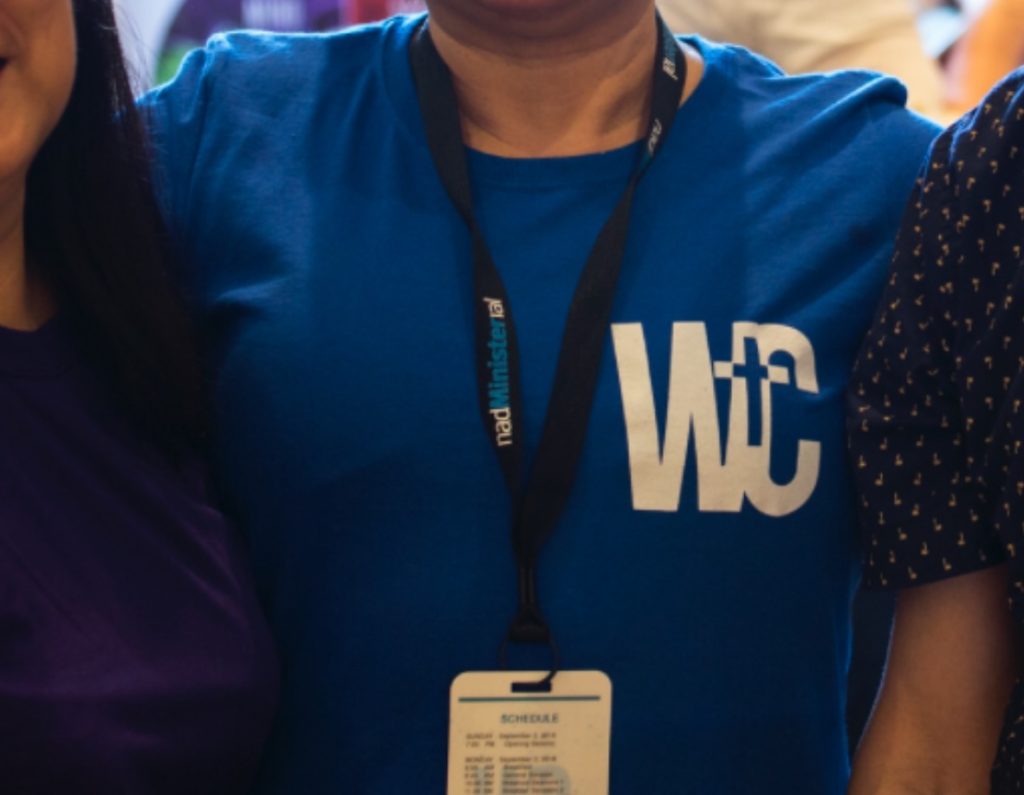 The front of the shirts worn by the female pastors. “WC” means women clergy.

People can sincerely believe or imagine that women can be called into the priesthood, but a mere belief doesn’t indicate a Biblical existence for such a vocation. This debate is ripping the Seventh-day Adventist Church in North America apart as the ordination crisis over women pastors continues.

These Biblical facts mentioned above are definitive, sufficient, and authoritative. This by no means shows that women hold an inferior place in God’s church. A woman’s place and value is equal in God’s eyes, but their role is different. Yet some Seventh-day Adventists are still asking, “Why not ordain women?” Well, there is an answer to this question even when the above facts are not enough. 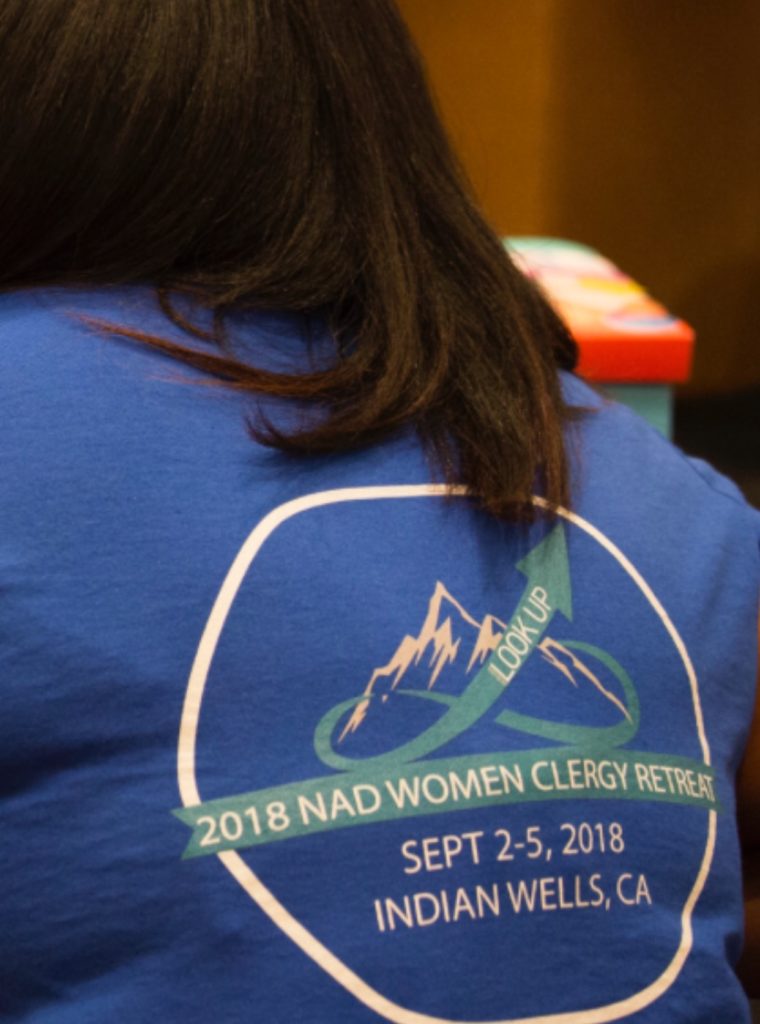 The back of the shirts worn by the female pastors.

The Bible tells us that the “Word was made flesh” (John 1:14). Jesus was the Word, the complete message that God wanted to communicate to mankind. And when Jesus took human form and became flesh, He did not come to this world with some sexless, gender neutral humanity. He became a man, a male, to serve as our Savior and High Priest. And since the office of the “priest” (or apostle) is supposed to serve as a type and representative of Christ, manhood or maleness is essential to that role. This fact is consistent to the continuing calling of men into “pastoral” roles throughout all of Scripture.

But the real questioning of “why” that we hear in the church today is only the echoing of the same “why” that we hear in today’s culture. Today our world is eliminating the traditional roles between men and women. Today in our culture we see a push to reject every and any distinction between the sexes. This is the liberal, secular agenda that is coming into the church today. This agenda is not about equality; it’s about destroying the order and roles that God has established in His word. 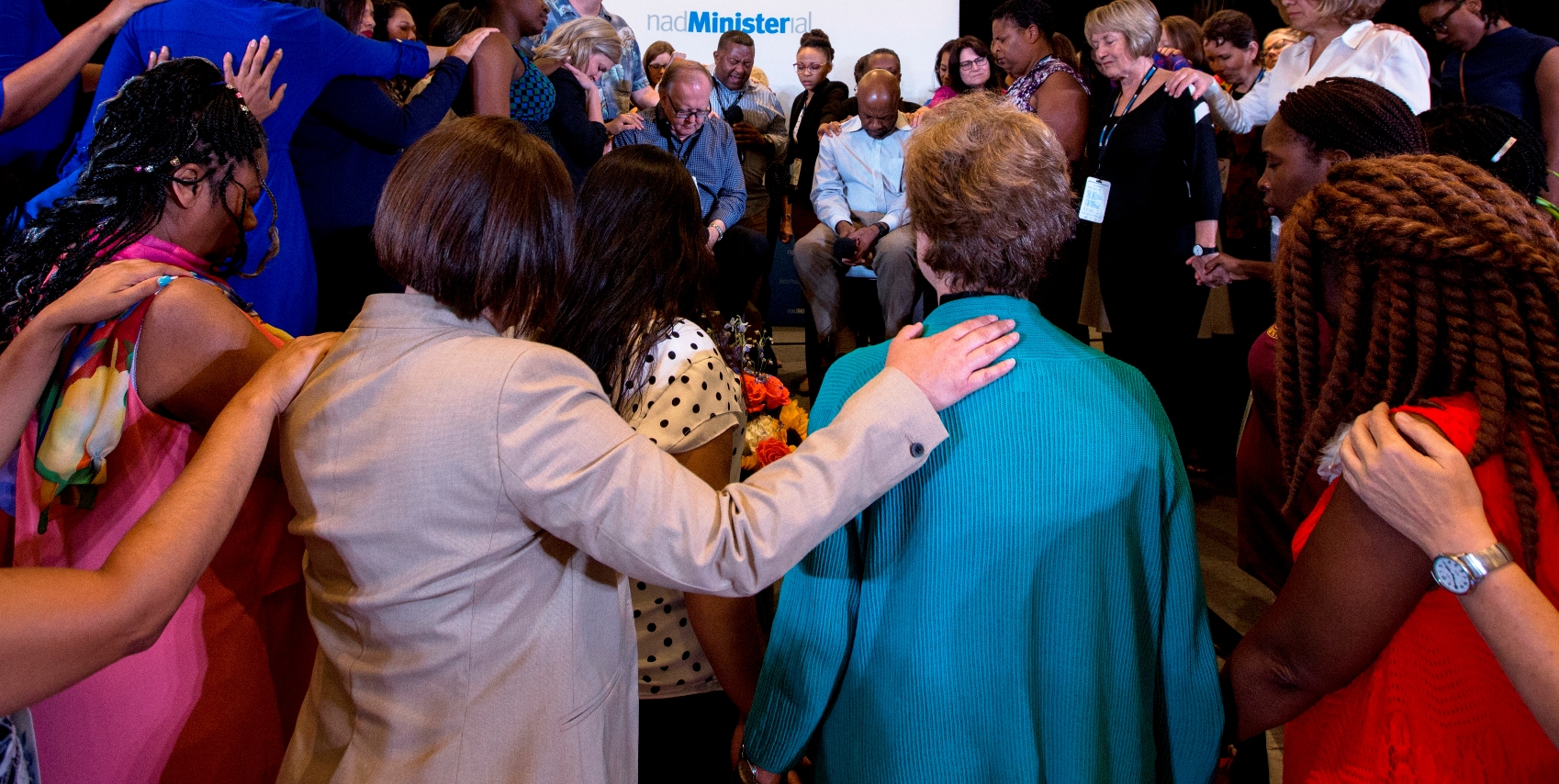 Women pastors surround Dan Jackson and Alex Bryant and lay hands on them during a special prayer ceremony.