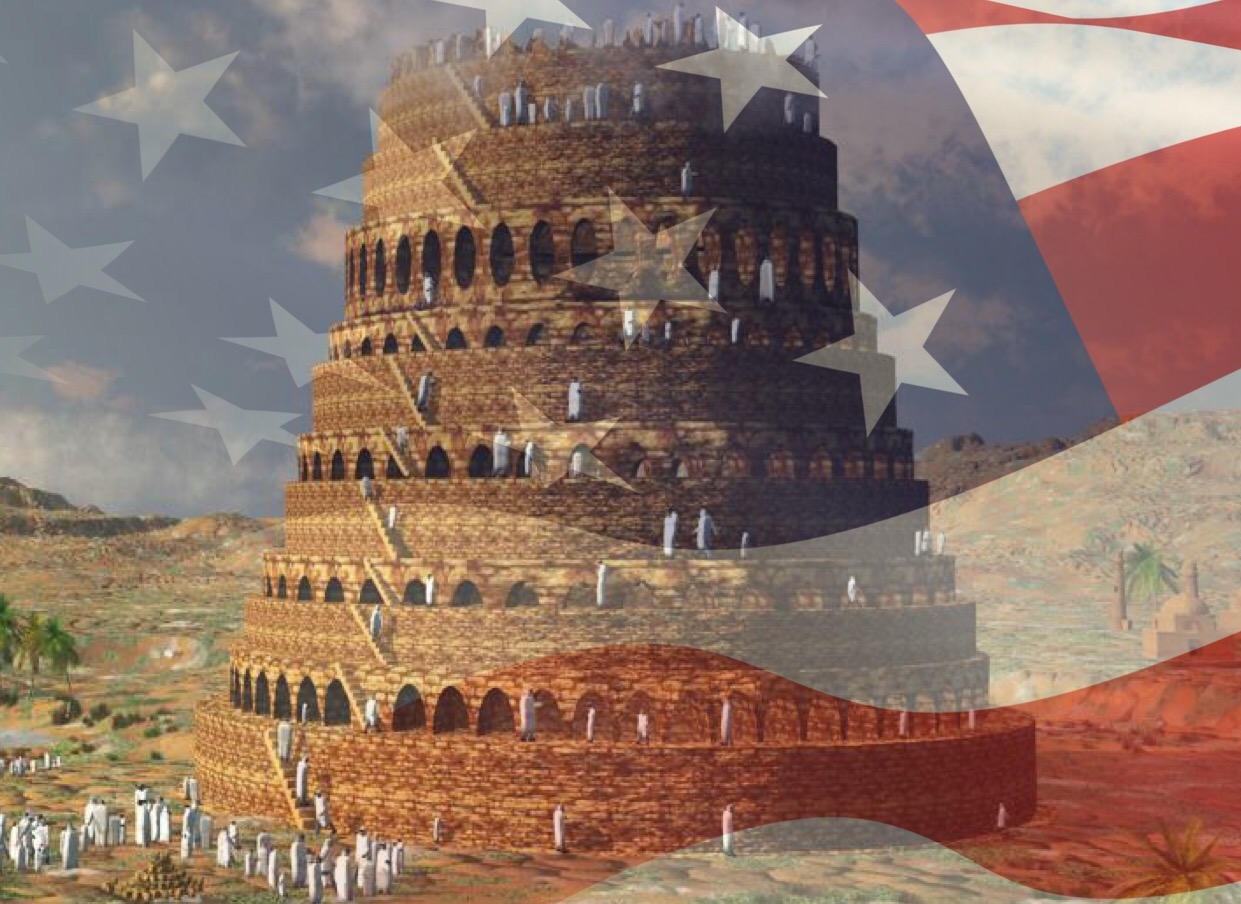 “For where envying and strife is, there is confusion and every evil work.” James 3:16.

The chaos and confusion that is ever-present in our nation today is similar to that which existed during the Tower of Babel when the people were in rebellion against God. In arrogance and defiance to the God of heaven the people of Babel built a tower to disobey the commandments of the Lord (Genesis 1:9). Instead of obedience to their Creator they started building a tower and a society dedicated to their own greatness (Genesis 11:4) and for their own purposes.

The scriptures tell us that the Lord sent a spirit of confusion upon them and their speech. This “babbling” created divisions among the people. The language became unintelligible as communication among the people broke down and a period of strife and chaos followed resulting in the end of that building project and an end to their civilization.

Today, we see the spirit of “Babel” and confusion controlling our society at every level. We see it in the US Supreme Court decisions, in government, in the school boards, at the universities, on television and radio and even in many of our churches. These institutions are shutting out biblical morality and pushing secular, godless values upon the people. This is causing division and anxiety on the streets across America.

When God is forced out, confusion comes in. When God is abandoned, chaos, violence, strife and bloodshed reigns. And when God, His morality and His commandments are rejected, His Spirit departs from our lives and we are left to the mercy of a lawless society. The confusion and hysteria that follows is the result of rejecting our Creator.

The nation of Israel likewise abandoned Yahweh (Almighty God) and refused to walk in His ways. They began worshipping the gods of stone and wood and God had no choice but to leave them to their confusion and devices. What happened next?

When the Spirit of God departed, Babylonian terrorists showed up and an age or terror ensued that resulted in the destruction of their homeland and the captivity of their people. (Isaiah 39:5-7).

What is it going to take before we realize that this period of crisis that is upon us is because of our own doing? We are living in an age where many of our fellow-citizens are at a loss. So many are suffering, bereaved and afraid for the confusion and division that is in the land.

“The land is full of blood, and the city full of perverseness: for they say, The LORD hath forsaken the earth, and the LORD seeth not.” Ezekiel 9:9.

The only assurances we have of any hope for society is by seeking God, turning to Him, heeding His word and asking Him to thoroughly change our ways:

“For if ye throughly amend your ways and your doings; if ye throughly execute judgment between a man and his neighbor; If ye oppress not the stranger, the fatherless, and the widow, and shed not innocent blood in this place, neither walk after other gods to your hurt: Then will I cause you to dwell in this place, in the land that I gave to your fathers, for ever and ever.” Jeremiah 4:4-7.

“The Spirit of God is gradually but surely being withdrawn from the earth. Plagues and judgments are already falling upon the despisers of the grace of God. The calamities by land and sea, the unsettled state of society, the alarms of war, are portentous. They forecast approaching events of the greatest magnitude. The agencies of evil are combining their forces, and consolidating. They are strengthening for the last great crisis. Great changes are soon to take place in our world, and the final movements will be rapid ones.” (Testimonies, Vol. 9, p. 11).

All this is the consequences of rejecting the word of the Lord.

Our actions have consequences for good or for evil. And if our people would turn to hear the word of the Lord, God will turn back towards us and hear our prayers.

“Therefore now amend your ways and your doings, and obey the voice of the LORD your God; and the LORD will repent him of the evil that he hath pronounced against you” Jeremiah 26:13.