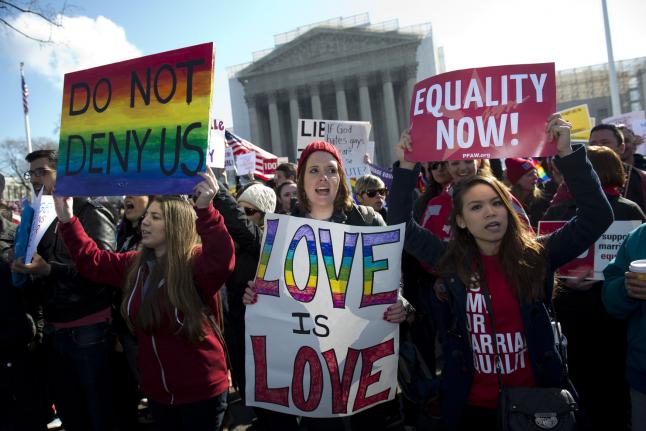 For the second time in just two years the U.S. Supreme Court has given another decisive victory for the LGBT community. In a 2015 landmark decision, Obergefell v. Hodges, the United States Supreme Court ruled 5-4 that the fundamental right to marry is guaranteed to all same-sex couples.

Today in another ruling, Pavan v. Smith, the U.S. Supreme Court ruled 6-3 that birth certificates can list two “mothers” (or fathers) as the biological parents of a child.

The U.S. Supreme Court’s ruling in this case was based upon the ideology of “equality” while ignoring the plain facts about “biology.” The court ruled that because the women are legally “married” – both “mothers” must be listed as the “birth” parents.

But the facts still remain the same regardless of what the gay political agenda believes or what the U.S. Supreme Court rules. The facts state that it is biologically impossible for a child to have two mothers. Birth certificates exist to record facts not ideologies. Birth certificates document (1) that a child was born and (2) state who the child’s biological parents are, both mother and father.

Regardless of what we may believe, the U.S. Supreme Court has spoken and this decision is now the law of the land. These new decrees are to be followed and obeyed by all institutions in the United States. This is a dangerous precedent that will have a long-lasting and disastrous results.

“Wherever the divine precepts are rejected, sin ceases to appear sinful or righteousness desirable. Those who refuse to submit to the government of God are wholly unfitted to govern themselves. Through their pernicious teachings the spirit of insubordination is implanted in the hearts of children and youth, who are naturally impatient of control; and a lawless, licentious state of society results. While scoffing at the credulity of those who obey the requirements of God, the multitudes eagerly accept the delusions of Satan. They give the rein to lust and practice the sins which have called down judgments upon the heathen.” (Great Controversy, 584).