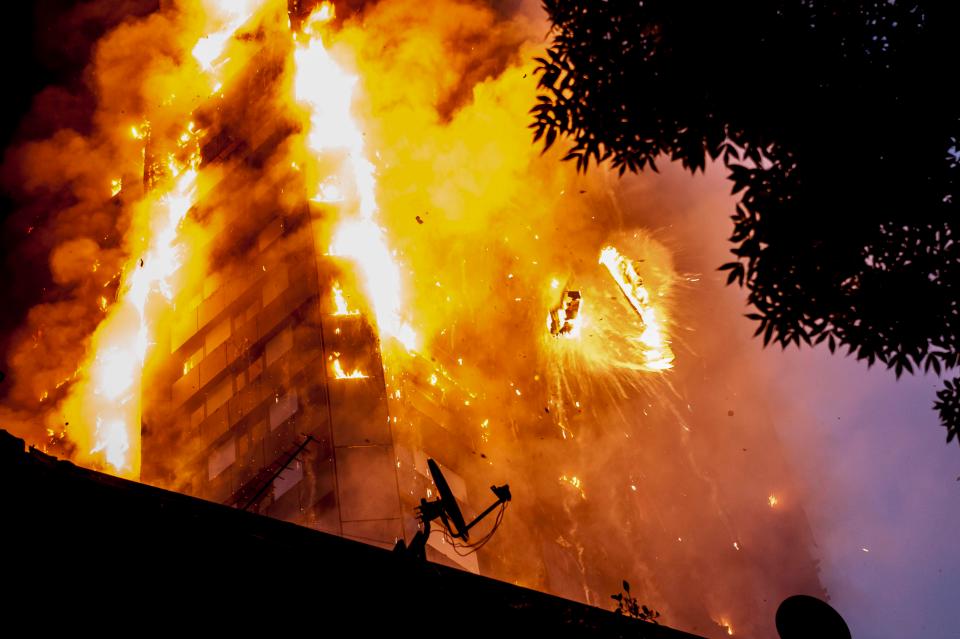 “But if ye will not hearken unto me…then will I kindle a fire in the gates thereof, and it shall devour the palaces of Jerusalem, and it shall not be quenched.” Jeremiah 17:27.

In this day and age no modern tower should go up in flames the way London’s Grenfell Apartment Tower did. Grenfell Tower, with 120 apartments worth £250,000 each, went up in flames in a blazing inferno. More than 200 firefighters were unable to save the building from destruction.

To make matters worse, Grenfell Tower had just went through a £10 million upgrade last year which included the installation of a fire resistant exterior. 79 people have reportedly died in the 24 story building. But with all the fire precautions and renovations, how can this horrendous fire destroy so completely a fire-proof residential tower in modern Britain?

Obviously there were massive safety failures. As in many huge construction projects, cost saving short-cuts always trump the safety of the residents. To add another tragedy to an already catastrophic event, the residents were advised to stay inside of their apartments in the event of a fire, because that would be the safest option.

Somebody, somewhere has blood on their hands. The Grenfell Tower inferno was not only an absolute tragedy, but based on the management of the building, it looks like this inferno and the loss of life was also a scandalous disgrace. This should never happen in our modern age of advanced fire safety building codes and fire-fighting techniques.

With that being said, sometimes these calamities happen because there is something greater at work. It is a fact that Britton, like most of Europe, has become more atheist than Christian. A recent poll says that more British people believe in ghosts than in a Creator.

It’s no secret that Britton has been shedding its Christian identity for some time now. This will always impact the morals of any society when the people turn from God-loving to Godless.

Evolution, abortion, homosexuality, marxism, social justice, over-population, anti-capitalism, no-rules, anything goes is the trend that Britton and most of Europe is following. Instead of trusting in God, people trust in government. And when God is forced out, Satan moves in. A Godless nation is left without the Divine protection that is offered to all those who believe. Hence England is suffering from a plague of terrorism, a Muslim invasion, anarchy, lawlessness and now fiery infernos that not even 200 firefighters can quench.

“And the LORD shall cause his glorious voice to be heard, and shall show the lighting down of his arm, with the indignation of his anger, and with the flame of a devouring fire, with scattering, and tempest, and hailstones.” Isaiah 30:30.

“In fires, in floods, in earthquakes, in the fury of the great deep, in calamities by sea and by land, the warning is given that God’s Spirit will not always strive with men.” Manuscript Releases, Vol., p. 315.