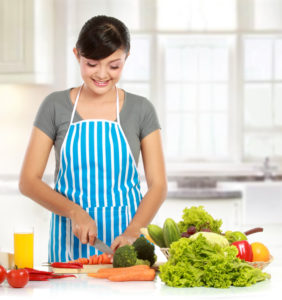 We are caught up in a great culture war in which traditional family values are being lost. The future generations may not even recognize that at one point we had a Christian world view on family values. Christians are losing the culture war and most of them either don’t know it or don’t care.

In England, traditional portrayals of women cooking or cleaning in the kitchen are now being banned from advertisements in a crackdown on sexist stereotypes by government watchdogs.

The new changes come from the Advertising Standards Authority (ASA), which state that depicting women as stay-at-home mothers cooking and cleaning is discriminating and sexist stereotypes that limit the aspirations of women.

This is just another attack against real and proper, traditional families who choose to follow a model designed to establish a strong family order. Homemaking is one of the most important and toughest jobs around. It builds strong families and societies. What is wrong with being a mother? Millions of moms stay home to raise their kids, what’s wrong for women who choose this?

It’s unimaginable that women who know how to cook and clean and train their kids have become offensive and sexist in our generation. Government leaders are living in an alternate universe and then they wonder why many kids turn out they way they do.

This is big government following a feminists agenda and coming after advertisers for “discriminating” against women. Soon they will be coming after churches who promote these same traditional values. The government is pushing a social-engineering agenda and forcing people to despise lifestyles that they consider unacceptable.

The truth is that millions of mothers choose to stay home and take care of their kids. What about their rights not to be discriminated against for their choices? Mothers who choose to be housewives are women who are to be praised.

The family is constantly under attack and this new development is a sign that the cultural war is accelerating and that all of our tradition, family values are being destroyed.