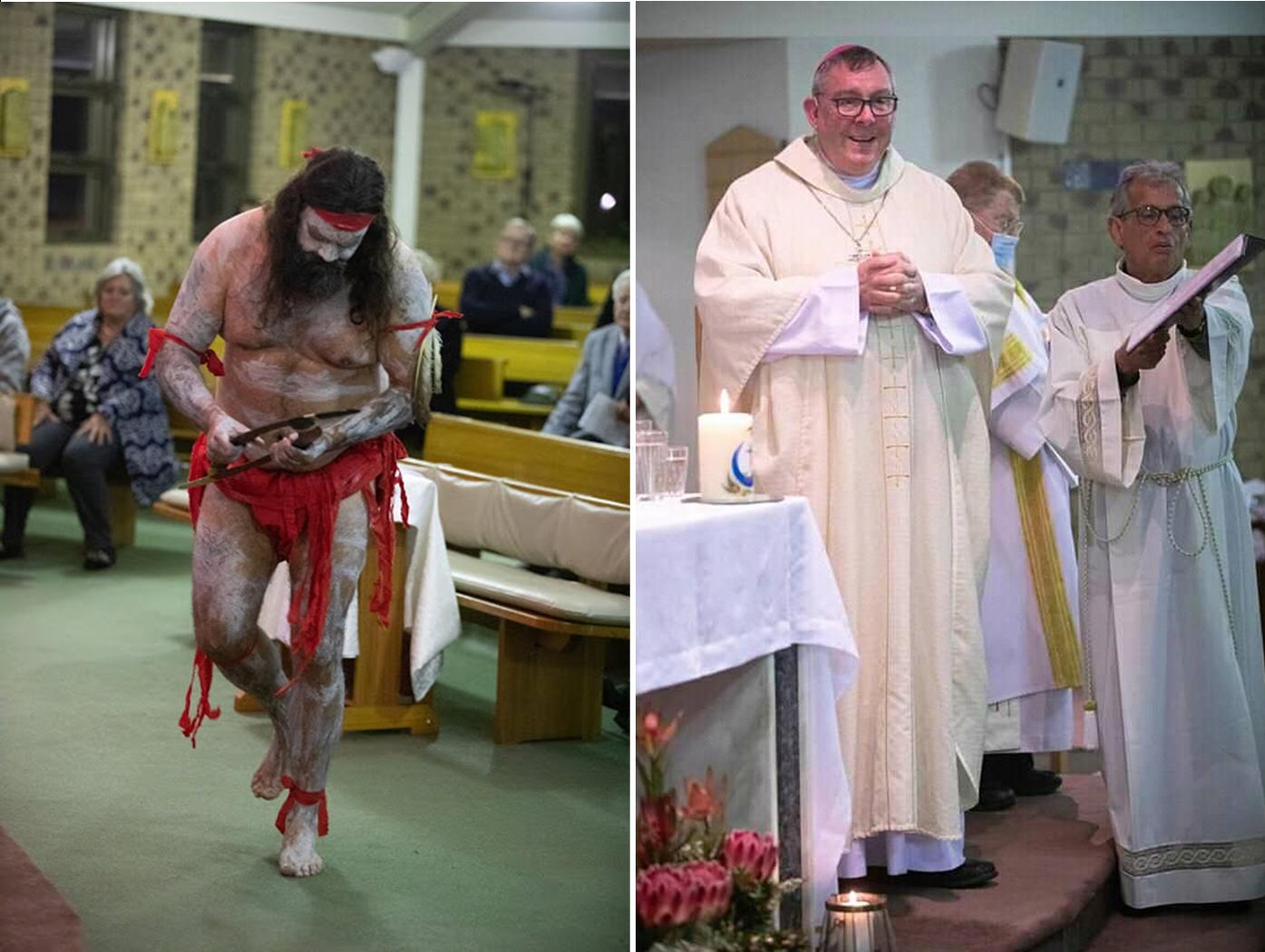 Rome and witchcraft hand in hand.

On August 28, 2020, Roman Catholic Bishop Brian Gregory Mascord of Wollongong, Australia, [2] invited a descendant of the Budawang Aboriginal people of the Yuin Nation to sing, dance and invoke the spirits of nature during an ordination ceremony at the St. Mary Star of the Sea Catholic Church in Milton, Australia. [3] 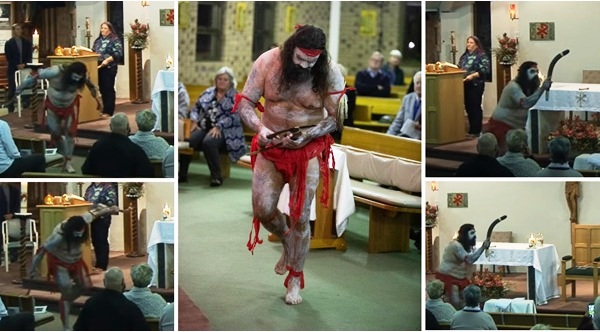 Aboriginal worship was offered to the different deities while praying for “the protection of the air, the land and the ocean,” followed by the call to “the spirits to take care of everything and keep us safe.” [3] This is blasphemy and apostasy. These modern churches are taking people to a whole new level of heresy. 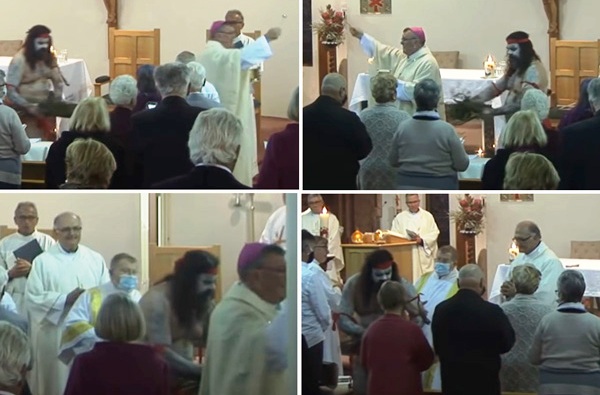 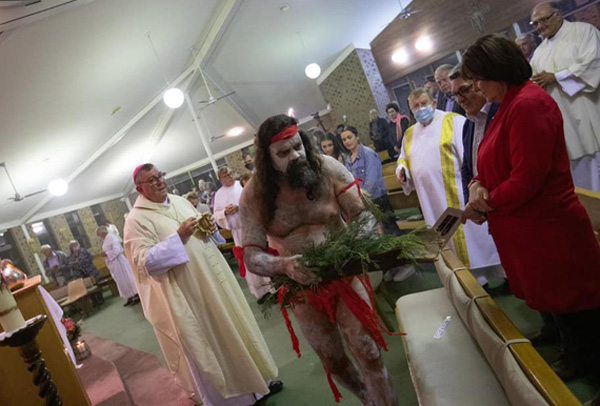 Welcome to the new all-inclusive ecumenical movement. Participation in idolatry is permitted by the “Document on Human Fraternity,” signed by Pope Francis. The Pope’s own participation in idolatrous ceremonies during the Amazon Synod [4] and Querida Amazonia [5] are an indication that he meant that the pagan worship of idols and the invocation of demonic spirits are part of the will of God for humanity.

The truth is that worshiping anyone or anything other than the God of the Bible is a violation of the First and Second Commandments (Exodus 20:3, 4). Any participation in the worship of idols or in any other god is condemned. It is a serious sin, subject to judgment. The apostle Paul made it clear that these prayers and offerings are not offered to God but to demons:

“What say I then? that the idol is any thing, or that which is offered in sacrifice to idols is any thing? But I say, that the things which the Gentiles sacrifice, they sacrifice to devils, and not to God: and I would not that ye should have fellowship with devils. Ye cannot drink the cup of the Lord, and the cup of devils: ye cannot be partakers of the Lord’s table, and of the table of devils. Do we provoke the Lord to jealousy? are we stronger than he?” 1 Corinthians 10:19-22. 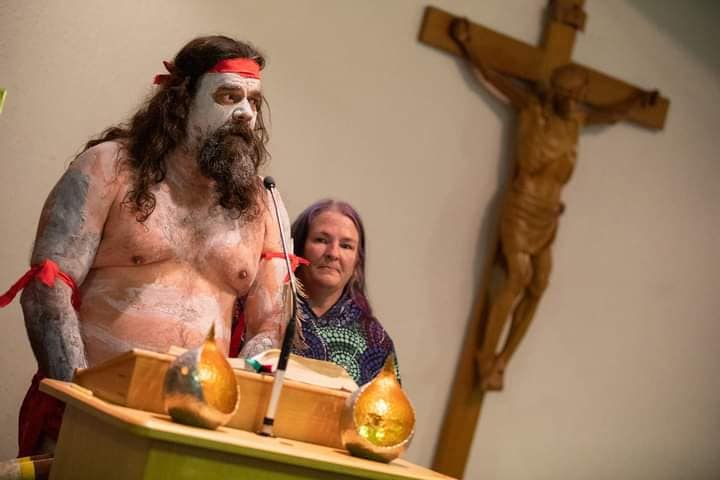 Where were the Protestants? What happened to the protests? And who spoke against this abomination? There was no one. Unfortunately, Protestant churches, including Seventh-day Adventists, are also too busy engaging in similar abominable acts with witchcraft. [6]

Has this generation become so blind that it cannot distinguish the holy from the profane? Can’t we make a distinction between God and satanic idols? And how can Protestant churches, including many of our people, participate in a “fraternal” communion with the Devil in the modern ecumenical movement?

There is a universal push for unity among the religious faiths. Unfortunately, many Christians are ignoring God’s word when it comes to paganism and idolatry. This is nothing more than an abandonment of the Bible in an attempt to appease the world. The church would rather ignore and offend God than to receive bad publicity.

Rome’s modern ecumenical movement is a great scandal to Christianity. It causes deep pain to see today’s churches engaging in similar offenses that brought judgment on the nation of Israel:

Will this generation also risk condemnation and judgment by violating God’s holy commandments? Silence is acceptance and inaction is complicity. We invite God’s punishment for violating His clear teaching on idolatry and false worship. This generation of politically correct “Christians” has an arrogant and rebellious attitude towards standing up for purity, decency and righteousness. How can we imagine and think that we have the audacity to ignore God’s law and offer pagan worship to our Creator?

“Satan determines to unite them in one body, and thus strengthen his cause by sweeping all into the ranks of Spiritualism … Papists, Protestants, and worldlings will alike accept the form of godliness without the power, and they will see in this union a grand movement for the conversion of the world, and the ushering in of the long-expected millennium.” (Great Controversy, pp. 588, 589).