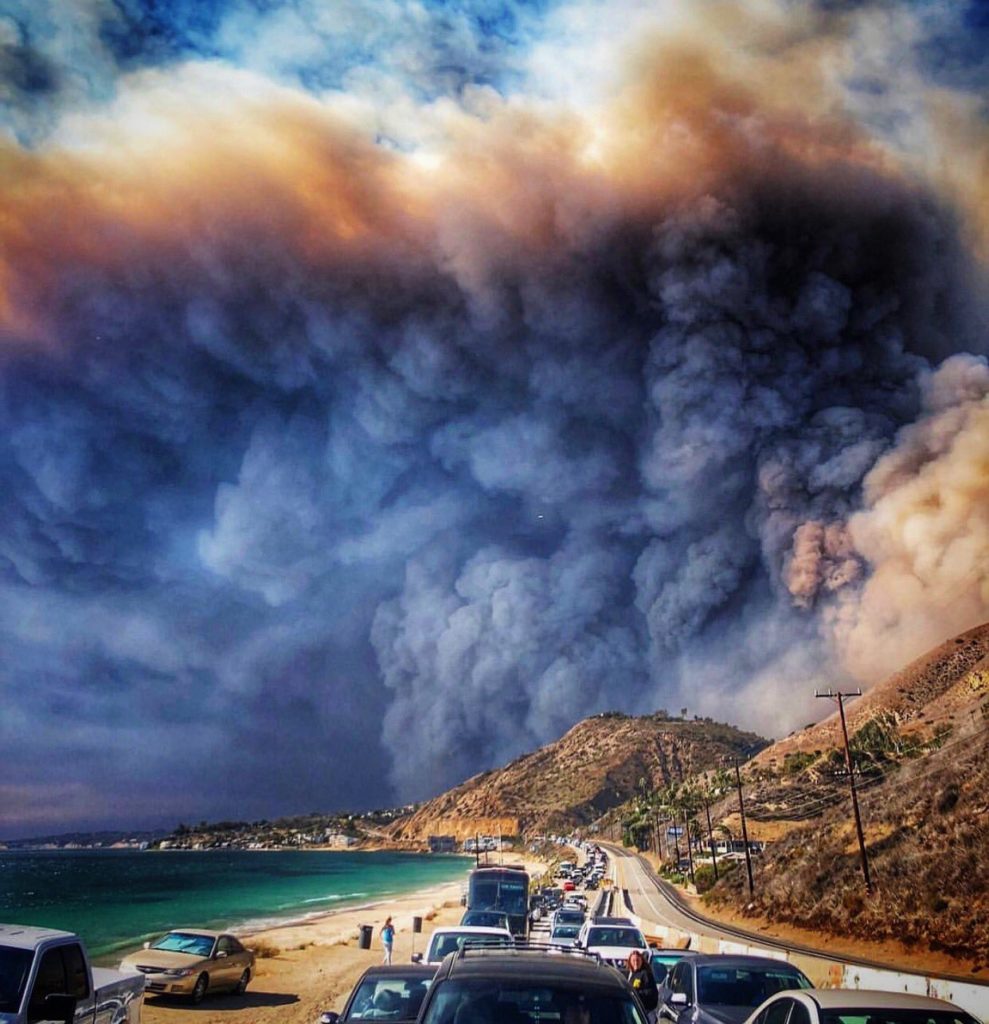 “Your cities are burned with fire.” Isaiah 1:7

A 40,000-acre inferno is decimating and consuming several multi-million dollar homes in Malibu, Ventura and other places in California. These wildfires have forced 300,000 residents out of their homes. [1]

The scene looks like it was taken straight out of a Hollywood film. Ironically, many of the Hollywood producers and actors have had to abandon their Malibu mansions in order to escape the blazing wildfires.

It makes you wonder if God is telling the so-called Hollywood elite to get their act together. They have been leading a continual war against family values. [2]

The Hollywood culture has become a cesspool of sexual immorality and sexual misconduct without equal. [3] [4]

And Hollywood has a reputation of demonstrating hostility towards Christianity. They love to ridicule the God of heaven and make a mockery of those who trust in Him. [5]

Well, the rich and famous in Malibu and in the surrounding areas are not laughing now, they are scrambling for heir lives. They can rebuild. Sadly, the not so rich and famous will suffer after losing everything. It’s a time for national prayer and mourning – to plead for God’s protection, His mercy and His forgiveness. 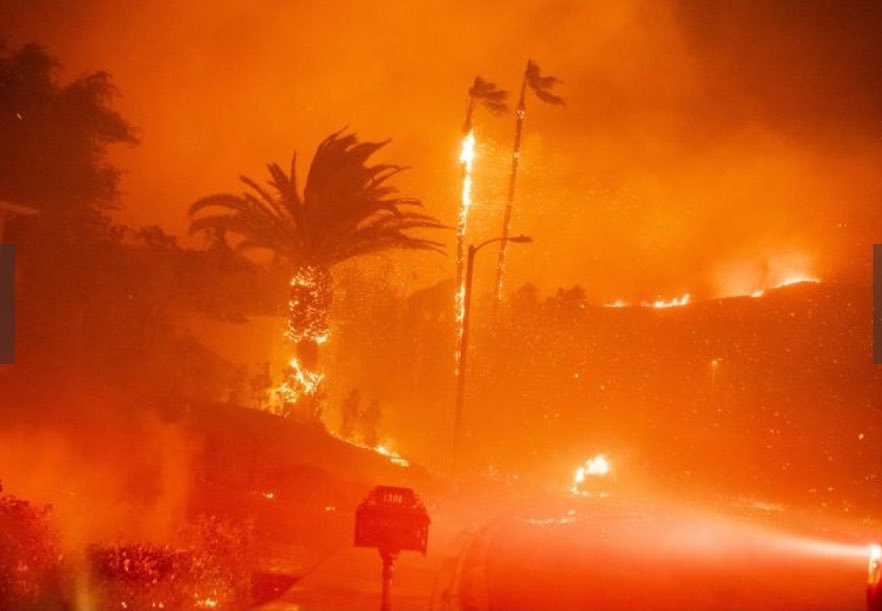 In Isaiah 1:4-7 the Lord lays out an indictment against the inhabitants of the land because the people are in a condition of continual backsliding. The whole nation is sick. Their minds are filled with perverse sentiments. They are in rebellion. No one seeks after justice and honesty.

This is a clear warning message that explains the terrible consequences of our grave national sins.

“Iniquitous practices had become so prevalent among all classes that the few who remained true to God were often tempted to lose heart and to give way to discouragement and despair. It seemed as if God’s purpose for Israel were about to fail and that the rebellious nation was to suffer a fate similar to that of Sodom and Gomorrah” (Prophets and Kings, p. 306).