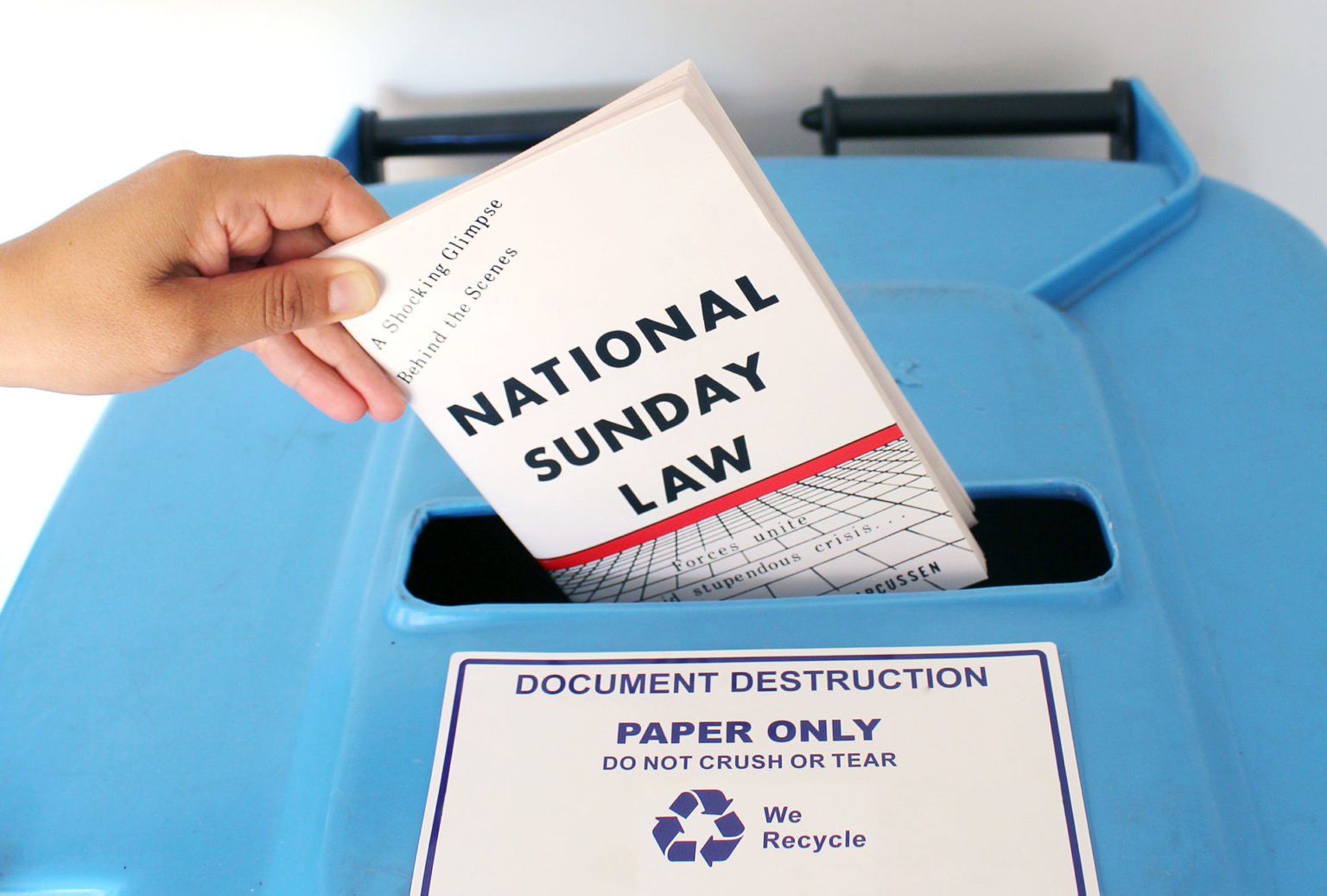 This photo was published by the New Zealand Catholic newspaper telling people to trash the National Sunday Law Book. [1]

The campaign of harassment against the National Sunday Law book continues. The voice of the dragon has now spoken. Rome’s agents have intervened in the controversy. Roman Catholic Marian priest and theologian Mervyn Duffy from Christchurch called the National Sunday Law book “anti-Catholic literature” and called on people to put the book “straight into the recycling bin,” according to the New Zealand Catholic, a Catholic newspaper published by the Catholic Bishop of Auckland. [1]

The Catholic newspaper also stated that “a Seventh Day Adventist Church spokesman in New Zealand said that the booklet is neither endorsed nor recommended by their church, which has had no involvement in its publication or distribution.” [1] Once again, the official Seventh-day Adventist Church is free and clear from any controversy. Once again, the official church has just evaded the truth to save themselves from the unpleasant results of standing up for the faith. 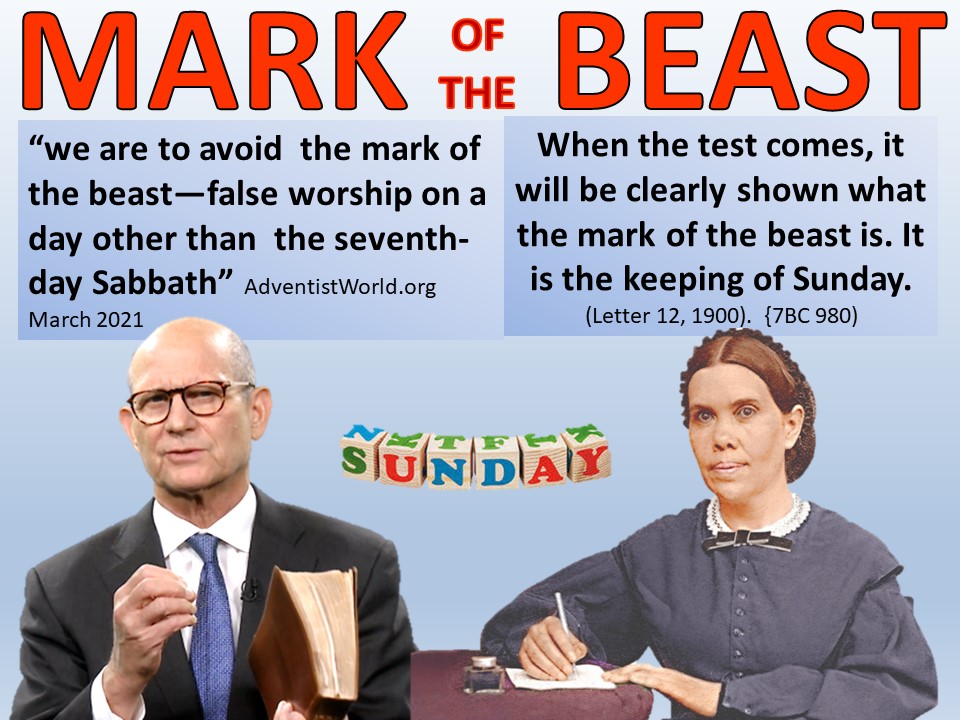 And is it just a coincidence that during this same month, the General Conference announced a new campaign to share the Three Angels’ Messages and that President Ted Wilson, in explaining his views about the mark of the beast, refused to say that “Sunday” is connected to the mark? Just last week, with all the news surrounding this controversy, President Wilson refuses to identity the mark of the beast with Sunday. [2]

“When souls are in peril, God’s ministers will not consider self, but will speak the word given them to speak, refusing to excuse or palliate evil” (Prophets and Kings, p. 141). 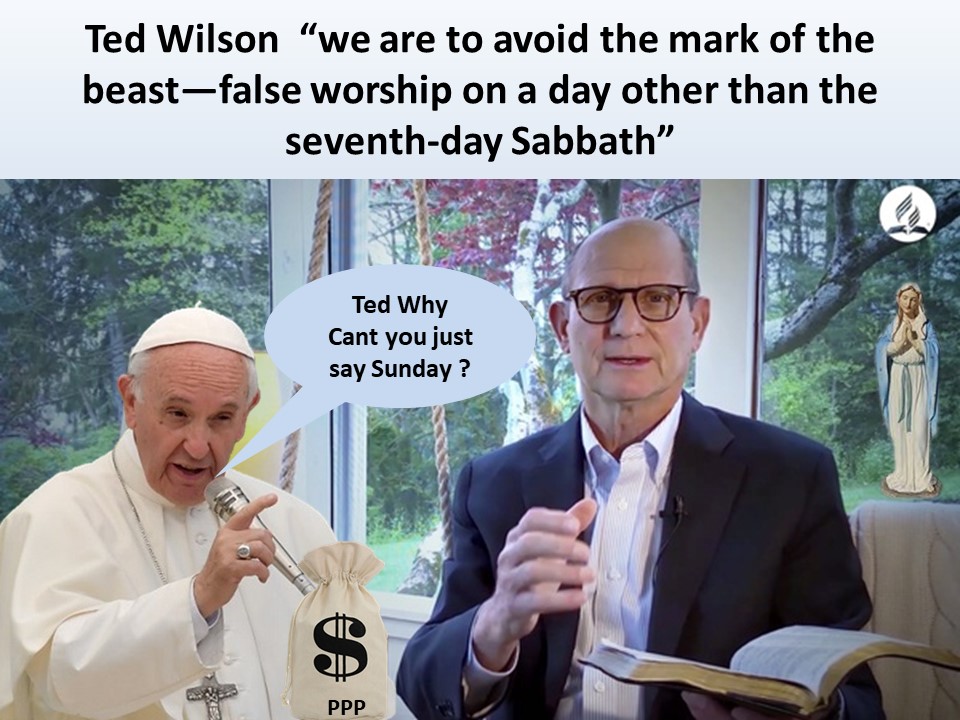 It is amazing the lengths that Catholics will go in order to silence the voice of those they disagree with. They have the right to promote their message, and they certainly do; and no doubt, they have plenty of money and influence to do it. More than that, they often promote their doctrine with the excessive political clout that they have. They pressure Catholic politicians, who were voted by their constituency to represent the people, to toe the Catholic line.

In addition, the Pope Francis has a large number of news reporters from around the world who report on his every move. The Vatican is also the leading international policy maker and influences world leaders, globalists, and international organizations such as the UN and the EU. And yet, they are concerned about a little book called the National Sunday Law?

It is truly amazing, when you consider why there is so much effort to condemn this simple and humble effort by faithful Seventh-day Adventists to practice their faith and share a message. What is in the book, the National Sunday Law, that makes the so-called “holy mother Roman Catholic Apostolic Church, the Great Superpower, the Great Mother of Harlots, the one that makes the kings of the earth tremble; what is in our message that makes her fear? Why does our message in this book strike terror to Rome? What is she so afraid of that she would try to stop this publication from reaching the people? What is the problem?

It is the devil himself who fears the message. It is the devil who is desperate and nervous because he cannot allow this message to get out because he will lose the souls he has in darkness. The word of God has given us the evidence of who we are and most importantly, who is on our side. Because the One who is on our side, God, is GREATER than the one who is in the world.

“For we can do nothing against the truth, but for the truth.” 2 Corinthians 13:8.

When certain individuals attempted to discredit the National Sunday Law books and threatened to burn them, [3] this effort only caused more books to be shared. The attempt to shut this work down actually produced the opposite effect. Praise the Lord! Pastor Jan Marcussen’s office received even more requests for more books so that more truth-filled literature could be distributed. Pastor Jan Marcussen’s response to the controversy and threats to burn his book was: “The devil is the best evangelist. This effort only caused us to distribute many more books as our phone rang off the hook.”

For the glory of God, His faithful servants will not give up or bow down. God will have a small Remnant people who will never capitulate or concede. They will not feel ashamed or embarrassed. They will not cower in fear and remain paralyzed. And they will not raise the white flag in surrender. 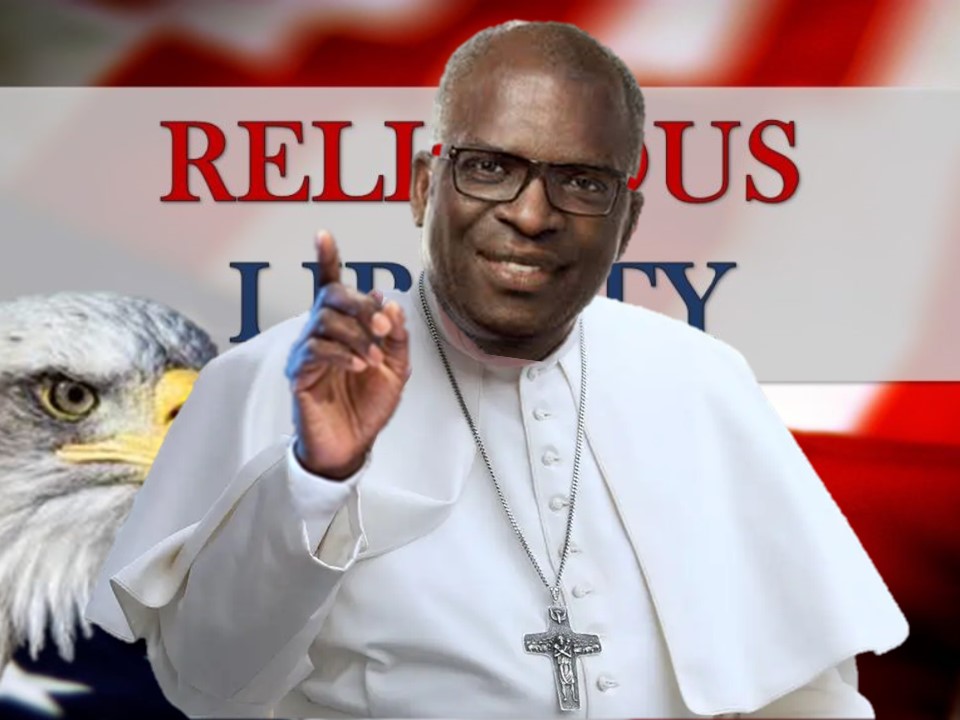 By the way, where is Ganoune Diop? Where is the director of the religious liberty department who is supposed to defend our religious freedoms and the right to preach the Three Angels’ Messages. Every year they raise money in all the churches for religious liberty. And now that religious freedom has to be defended, where is he? Why isn’t he doing his job? Unfortunately, Ganoune Diop is too busy finishing up his PHD in a Roman Catholic theological seminary. [4] He is also too busy singing the traditional Roman Catholic Song for Mass, in Latin [5]. Ganoune Diop is also too busy supporting Pope Francis’ papal encyclicals Fratelli Tutti [6] and Laudato Si’ [7]. I guess fear is contagious. Whenever one person gives in to pressure, the spines of others turn to jell-o.