On Tuesday, October 15, 2019 the General Conference Executive Committee voted to administer an official warning to the six union conferences it had previously determined were out of compliance with the church’s teachings on women’s ordination. Whether or not this official warning may lead to any other further action in the near future is yet to be determined.

The six presidents were all in attendance during the discussion and vote for non-compliance. They all appeared during the live broadcast defending their actions for the world to see. This process was not done in secret or behind closed doors but open and transparent.

Instead of demonstrating any kind of remorse these union presidents and other church leaders attempted to justify their actions. Some expressed that they could not in good “conscience” follow the church’s teachings. Some said that the right to ordain women should be based on “equality” and “human rights.” While others disagreed with church policy claiming it discriminated against women.

These excuses are not new. They are the same old discredited justifications that have been used for thousands of years to legitimize an uprising and rebellion. Under various disguises treasonous rebellions have been witnessed throughout history and carried out through false and misleading claims. This is done in order to conceal the true motives and intentions.

Lucifer Claimed His Rebellion was a Reformation

Satan never characterized his rebellion as a “rebellion.” We are told that he “concealed his real purposes” (Story of Redemption, p. 14). We are also told that “Lucifer and his sympathizers were striving to reform the government of God” (Ibid., 15).

How lovely! Satan was a reformer, and reformers are good, right? Satan probably established a reformation committee in order to help improve God’s government. Lucifer was only trying to help God. He was trying to do a good work, so this “reformation” obviously had to be a noble effort! Brothers and Sisters, this is how rebellions work.

Satan recruited the other angels in heaven by declaring that “he no longer would submit to this invasion of his rights and theirs” (Ibid., 15). Lucifer was fighting for angelic “rights.” How noble. What’s wrong with standing up for the rights of the angels? That’s a good work, so it seems.

He deceived the angelic hosts by declaring God’s commandments to be “a restriction of their liberty” (Ibid., 18). Satan was standing up for religious and civil liberty. As a champion for liberty he probably was working on bringing so-called “true” justice and equality to the angels. He believed the angels were being discriminated by God’s repressive government.

This is the nature of rebellion and apostasy. This is how they operate. Those engaged in rebellion never claim to be starting a rebellion. They often always profess to have the best intentions and motives at heart.

“Satan had made it appear that he himself was seeking to promote the good of the universe … Satan had claimed from the first that he was not in rebellion” (Patriarchs and Prophets, p. 42).

Korah Claimed His Rebellion was all about Improvements

Korah did not express that he was in open rebellion against Moses and Aaron. No, he was only “making a radical change in the government, and greatly improving upon the administration of Moses and Aaron” (Patriarchs and Prophets, 397). “Improving” the “administration” is a good thing, right? How can anyone be against this? Let’s help Moses and the nation of Israel by improving the overall decision making processes of Israel. This is how rebellion works.

King Saul deceived himself by believing that his rebellion was actually an act of obedience to God. What a tragedy! How does this even happen? In his open disobedience Saul boasted:

“Yea, I have obeyed the voice of the Lord, and have gone the way which the Lord sent me, and have brought Agag the king of Amalek, and have utterly destroyed the Amalekites. But the people took of the spoil, sheep and oxen, the chief of the things which should have been utterly destroyed, to sacrifice unto the Lord thy God in Gilgal.” 1 Samuel 15:20, 21.

In spite of Saul’s delusion, the prophet of God swept away the “refuge of lies” that the king was living in:

“In stern and solemn words the prophet swept away the refuge of lies and pronounced the irrevocable sentence: ‘Hath the Lord as great delight in burnt offerings and sacrifices, as in obeying the voice of the Lord? Behold, to obey is better than sacrifice, and to hearken than the fat of rams. For rebellion is as the sin of witchcraft, and stubbornness is as iniquity and idolatry’ “ (Patriarchs and Prophets, p. 631).

Absalom Veiled His Rebellion as an Act of Religious Devotion

Absalom set into motion his rebellious plan to usurp King David with these deceitful words:

“I pray thee, let me go and pay my vow, which I have vowed unto the LORD, in Hebron. For thy servant vowed a vow while I abode at Geshur in Syria, saying, If the LORD shall bring me again indeed to Jerusalem, then I will serve the LORD. And the king said unto him, Go in peace” 1 Samuel 15:7-9.

What a honorable thing to do! Absalom wanted to honor God and perform his vow so that he could better serve the Lord. What parent wouldn’t be proud to hear such words from their children? However, the Spirit of Prophecy reveals something else:

“And now the cloak of religious devotion was assumed to conceal his traitorous designs” (Patriarchs and Prophets, p. 730).

The Current Rebellion in Adventism is a Fraud

Instead of evaluating the empty arguments made by the non-compliant leaders and comparing their sayings to the light of God’s word, too many are just accepting their statements at face value. We cannot follow what men say; we have to follow specifically what God says about ordination and His church. It is amazing that many of the non-compliant leaders claim that there is no clear doctrine on ordination found anywhere.

“It was at the ordination of the Twelve that the first step was taken in the organization of the church that after Christ’s departure was to carry on His work on the earth” (Acts of the Apostles, p. 18).

Do you know what this means? These non-compliant union presidents are the leaders of social clubs and not the leaders of any churches because without biblical ordination you can’t even have a church.

Now, who ordained the 12? Jesus did, and I’m so glad He did it. Of the 12 that Jesus ordained, how many were women? None. Jesus didn’t ordain women to the gospel ministry. Why? Because He was following the long-standing church policy that He established way back in the time of Moses.

Jesus rejected the popular, universal women’s priesthood seen in Babylon, Egypt and Canaan when He organized the sanctuary and established the all-male priesthood under Moses and Arron. [1] Why didn’t Jesus tell Moses to ordain women into the priesthood? Because Jesus was actually following the original church policy that He Himself establish way back in the Garden of Eden when the roles of men and women were defined. Read about the order that God established in Eden. [2]

Women’s ordination is not Biblical. There is no biblical support for it. There is no biblical command or example in all of the Holy Scriptures where women were ordained through the laying of hands. Show from the Bible just one example. There is none. However, there are numerous examples and commands where men, who were named, were ordained through the laying of hands in both the Old Testament and in the early Christian Church.

So where did women’s ordination come from? It stared only recently with the rise of radical feminism. The radical feminist propaganda is fast becoming the new path to liberalize the Seventh-day Adventist Church. [3] Instead of celebrating and affirming the unique differences between the sexes, the ultimate objective is to destroy the foundation of the family, marriage, church and society that God established in the beginning. Men today desire to become women and women want to be men. This is not equality, it is confusion. [4] 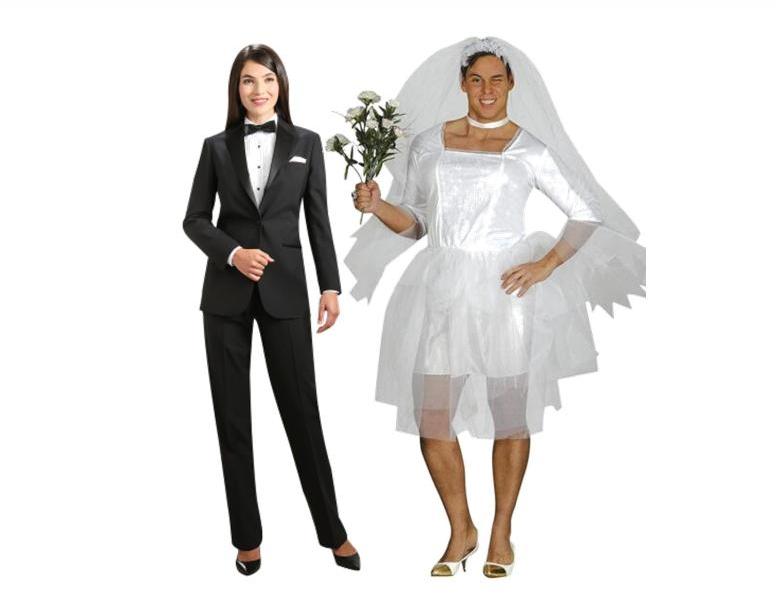 It has only been during the last 50 years that liberal Protestant denominations began the pioneering work of ordaining women into ministry to serve as pastors and ministers. [5] Women’s ordination is a new phenomena. It was rejected by nearly 2,000 years of church history.

All of the conversations we hear today seem to be about missions and evangelism, even as the faith is under attack. How can we only focus on missions when radical, liberal heresies are creeping into the church? Did you know that even the Bible authors had to stop talking about missions and salvation in order to address heresy?

“Beloved, when I gave all diligence to write unto you of the common salvation, it was needful for me to write unto you, and exhort you that ye should earnestly contend for the faith which was once delivered unto the saints.” Jude 1:3.

Jude preferred to write about the “common salvation” but he had to make a pause in order to warn against apostasy. The church has become too passive with apostasy and this is a sign of spiritual immaturity. The call that needs to be heard today is a call to contend earnestly for the preservation and purity of the faith. Where are the watchmen, the pastors and the brethren with backbone who will do this work? Where is your zeal for the faith?

Evangelism and missions must not be connected to a corrupt or distorted faith. In fact, our first duty to missions should be a desire to defend the faith and to preserve it from secularism, feminism, ecumenism, environmentalism and political activism. These liberal inventions are all part of an attack to bring confusion to the mission and message of the Adventist people.

We are the Remnant Church and not a culturally Relevant Church. What are we supposed to be a “remnant” of? Apostate Protestantism? Feminism? Romanism? We are the remnant of the seed of the woman. This means that we are supposed to be the last, remaining people who comprise the original church that was founded by Christ and the apostles, and feminism and women’s ordination were never part of apostolic Christianity. What we see in the book of Acts needs to be a reflection of the Remnant Church.

Let us fulfill this duty faithfully and defend the faith publicly against those who would destroy our historic teachings. We owe this honor to Christ and to all those who may come behind us.

“The church has been made the depository of precious truth, and its members are not only to believe these truths, but to disseminate their glorious light to those who sit in darkness, that souls may be brought to the Sun of Righteousness” (Signs of the Times, June 1, 1891 Par. 3).